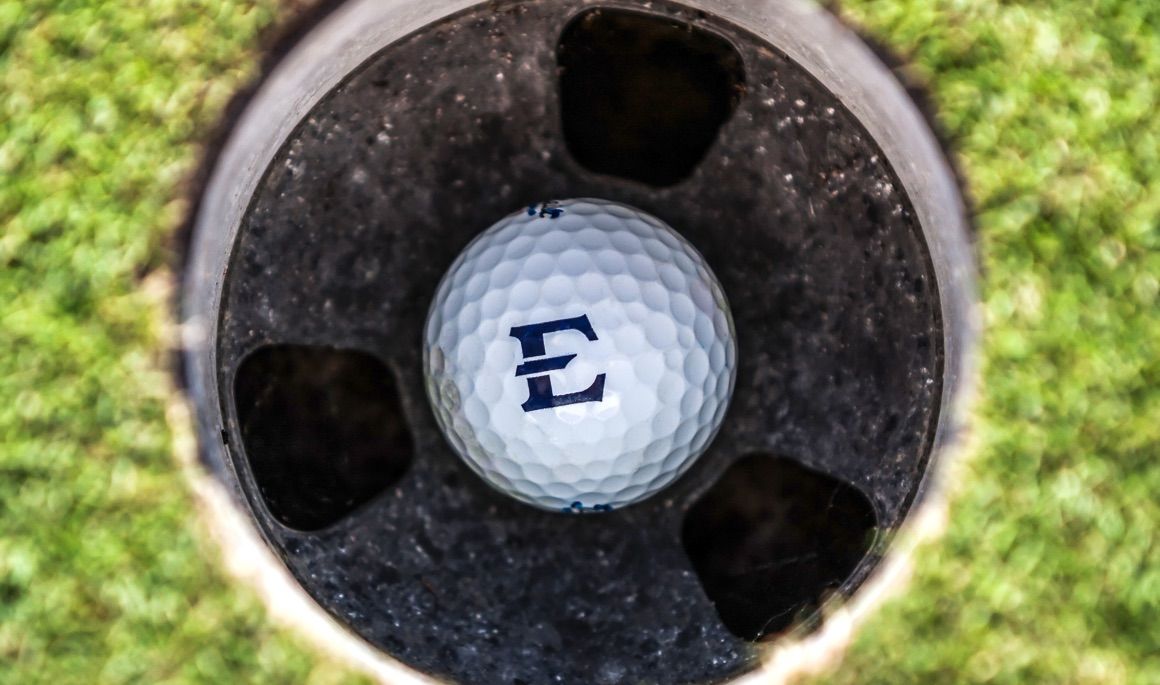 HILTON HEAD, S.C. (April 16, 2018) -- ETSU ended the 2017 Southern Conference Championships with some good news Tuesday, getting a rare eagle and posting its best round of the tournament on the way to a 6th-place finish on a clear, breezy, 54-degree day in Hilton Head, S.C.

Three Bucs posted their lowest individual numbers on the par-72, 6105-yard Moss Creek Golf Club South Course, and Tuesday’s team score of 314 put them at 965 for the event. ETSU momentarily moved past UNCG for 5th place but wound up just one stroke behind the Spartans in the final tournament of the 2017-18 season.

Hee Ying Loy (Johor, Malaysia) fired a 3-over par 75 for the squad’s top round of the day, and the tournament, and finished tied for 16th on the leaderboard. It was the 22nd time in 27 rounds this year that she was the Bucs’ low scorer.

Kornbongkoat Sararat (Nongkhai, Thailand) also produced her best round of the tournament. The freshman was three-over on both the front and back nines to finish with a 78, moving her up one spot on to a tie for 24th overall.

Tereza Melecka (Belcovice, Czech Republic) was another Buc to end with best round. Her 79 put her in a tie for 19th in the individual standings. The freshman also tied for 3rd in par-3 scoring (3.08).

Only three players recorded an eagle at this year’s tournament, and Ankita Kedlaya (Bangalore, India) was one of them. The sophomore today dropped in a 3 on the par-5 6th hole – and would wind up tied for 4th in par-5 scoring, at 5.17 -- on the way to an 82. Kedlaya joined Sararat in the group of three at 24th on the leaderboard.

Furman clinched its fourth consecutive team championship and an automatic bid to the NCAA tournament with a 294 on Tuesday, becoming the only team to record a sub-300 round at the tournament. The Paladins’ 897 total was 34 strokes better than Chattanooga and Mercer, who tied for 2nd.

Reona Hirai of Furman fired a 73 on Tuesday to claim Medalist honors with a 222. Teammate Natalie Srinivasan was four shots back. There was a three-way tie for 3rd -- Payton Schanen of Mercer, and Furman’s Alice Chen and Haylee Harford ended at 227.

The NCAA will announce the teams and players that have qualified for its 2018 tournament on Wednesday, April 25. The top 24 players on teams that didn’t reach the post-season will receive an at-large bid.