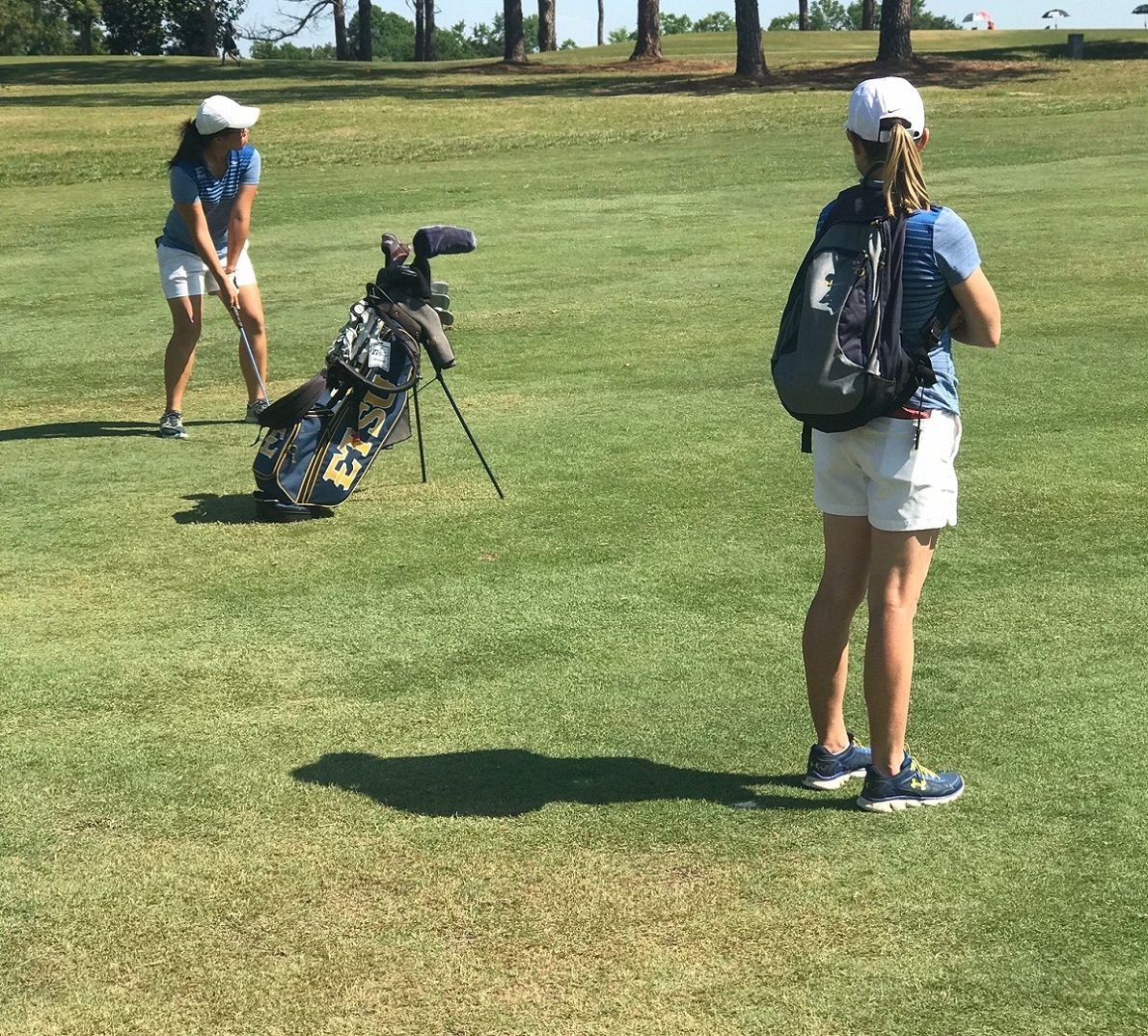 Loy Cards Another 73 in Final Round at Tallahassee
Related Links

TALLAHASSEE, Fla. (May 9, 2018) – ETSU's Hee Ying Loy (Johor, Malaysia) brought her 2017-18 to an end on a high note on Wednesday, birdying her last hole in the third and final round of the NCAA Tallahassee Regional.

It was Loy’s second straight 73 at the par-72, 6342-yard Don Veller Seminole Golf Course and Club. Her three-day total of 222 put her in a tie for 49th on the leaderboard.

Of the 18 teams and six at-large players at the regional, the top six teams and top three individuals from outside those six squads advance to the National Championships in Stillwater, Okla. later this month. Loy, who made ETSU history by qualifying as an at-large invitee for the second consecutive year, finished 25th among players not on the advancing teams.

Alabama was the team champion, eight strokes ahead of runner-up Florida State, the host team. Filling out the rest of the top six were Furman, Arizona, Washington, and Wake Forest. The Demon Deacons earned the sixth and final trip to nationals with a one-shot win in a four-hole tiebreaker with Clemson.

On a mostly sunny, 80-degree day, Loy began her third round on the back nine and bogeyed the par-5 10th hole and bogeyed again on the par-3 13th. But she got back to even with back-to-back birdies on the par-5 15th and par-4 16th.

Loy went back into the black numbers with bogeys on the par-4 1st and par-4 3rd hole. She posted five straight pars before ending the season with a birdie on the par-4 9th.

For the tournament, Loy tied for 16th in par-5 scoring, getting through the long holes at -3 with an average score of 4.75. She tied for 39th in birdies, with eight.

Tallahassee brings to end a season in which Loy added to her status as one of ETSU’s best-ever players. Along with her second straight NCAA appearance, she made program history by securing her third consecutive berth on the All-Southern Conference team – the first Buc to earn an all-conference triple since ETSU rejoined the SoCon in 2014.