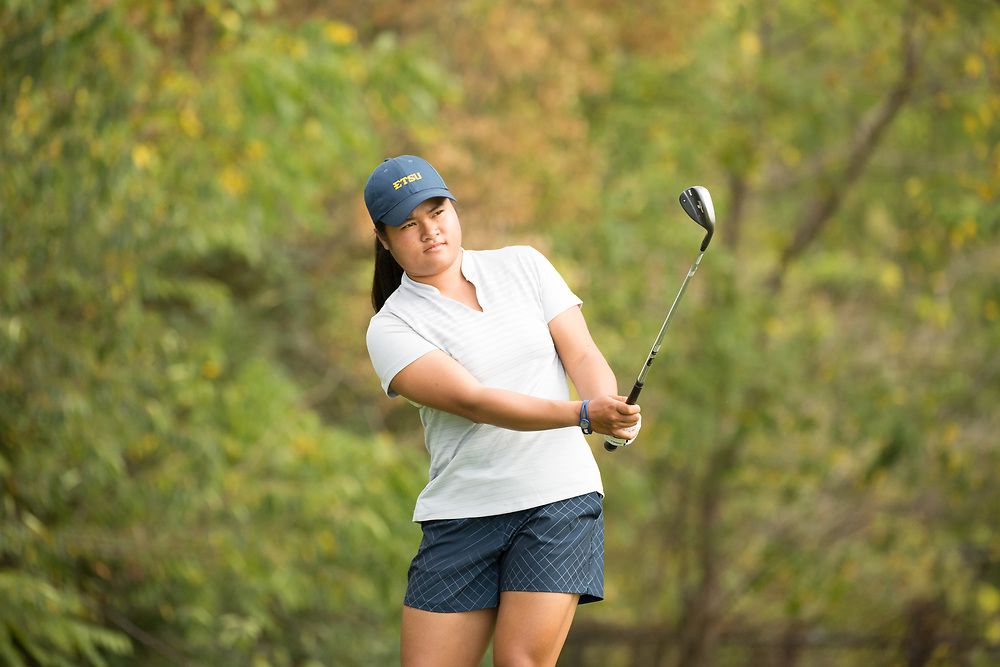 KNOXVILLE, Tenn. (Sept. 17, 2018) – Playing 36 holes on the opening day of its 2018 fall season, ETSU women's golf put together two solid rounds on the way to a 10th-place standing heading into the final day of competition of the Mercedes-Benz Intercollegiate, which got underway on Monday from the Cherokee Country Club.

Led by rounds of 73-74 from senior Hee Ying Loy (Johor, Malaysia), and redshirt senior Allison Woodward (Unicoi, Tenn.), who made her first career appearance for ETSU, the Bucs were just 10 strokes off the team lead and in 7th-place amongst the 17-team field halfway through the day.

There wouldn’t be much of a drop-off in round two, as ETSU would finish in 10th-place at the conclusion of Monday’s proceedings with strong showings on the latter 18 holes from Loy, sophomore Kornbongkoat Sararat (Nongkhai, Thailand), and sophomore Tereza Melecka (Belcovice, Czech Republic), who all finished within four strokes of par. Melecka played her final eight holes in 2-under-par, while Loy, following up her strong first 18, caught fire on her last 10 as well, shooting 2-under.

At the top of the team leaderboard, Charlotte takes a two-stroke lead into Tuesday after Siarra Stout and Cecelie Finne-Ipsen shot even-par for the day, while Middle Tennessee State’s Hanley Long holds a one-stroke lead as the only individual under par. ETSU’s Loy is lurking just six strokes back in a tie for 12th-place to lead the Bucs.

With ETSU poised to better their 11th-place finish from 2017 at the same event, the Bucs send Loy, Sararat, Woodward, Melecka, and sophomore Warda Amira Rawof (Kuala Lampur, Malaysia) back to the course for the final 18 holes on Tuesday, all five beginning play at 8:30AM ET and going off with Coastal Carolina and UCF, who are each 4 strokes back of 10th-place ETSU.

Follow all the final round action via Golfstat, while recaps will be posted on ETSUBucs.com.