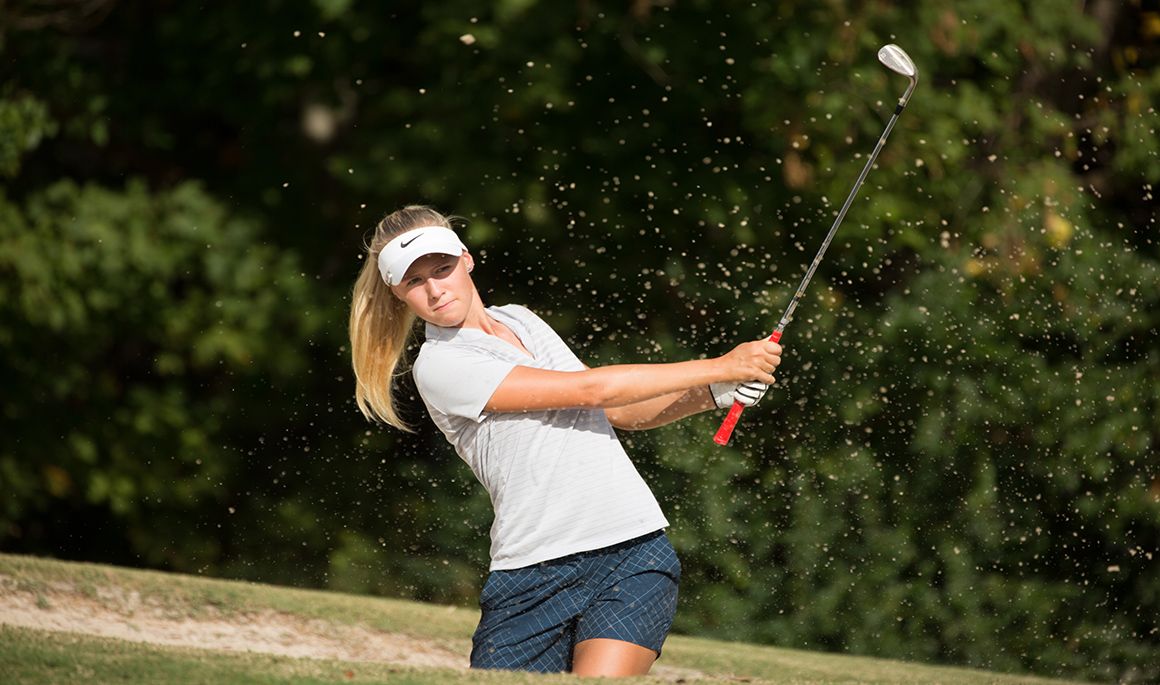 KNOXVILLE, Tenn. (Sept. 18, 2018) – With birdies on four of her first six holes, Tereza Melecka (Belcovice, Czech Republic) carded Tuesday’s third-best round in the 93-player field as competition closed at the Mercedes-Benz Collegiate Championship.

Melecka’s 4-under trailed only individual tournament champion Leonie Bettel of Kentucky, who fired a 6-under 65 Tuesday, and Middle Tennessee State’s Catherine Claudill, who shot 5-under to finish alongside Charlotte's Siarra Stout at 1-under on the tournament.

Melecka’s 67 is second only to her 66 at the Johnie Imes Invitational last year, a tournament she won, for the best mark of her career. The 66 was the Bucs best round of the year, and her 67 now occupies that spot this season for ETSU.

Melecka wasn’t the only one to go low for the Bucs Tuesday, as redshirt senior Allison Woodward (Unicoi, TN) logged another impressive 18, shooting a 2-under 69. Woodward played largely error-free golf, bogeying just once all day, and completed her first tournament in Blue and Gold by registering her second round within two strokes of par.

“This was a great performance by our ladies in tough conditions this week,” head coach Stefanie Shelton said. “It was an all-around team effort and Tereza and Allison had exceptional rounds today.”

As a team, ETSU climbed two spots to 8th-place in the 17-team field by shooting 2-over as a group, the fifth-best number of the day trailing, amongst others, team winner Kent State. The Golden Flashes finished five strokes clear of second place MTSU and six strokes ahead of Monday leader Charlotte, whose 7-over round wasn’t enough to keep pace with a field that took advantage of better conditions than Monday presented. As one of those teams, the Bucs were also aided by Warda Amira Rawof’s (Kuala Lampur, Malaysia) best round of the tournament, a 77, as well as Kornbongkoat Sararat (Nongkhai, Thailand), who finished fourth amongst competing Bucs. ETSU’s 8th-place result left them three spots ahead of their 2017 finish at the same tournament, only six strokes behind perpetual top-10 program Tennessee, and ahead of Power 5 schools Maryland, Ole Miss, and Kentucky, as well as conference foe Chattanooga.

ETSU travels to Wolcott, CO for the Golfweek Challenge Sept. 24-Sept. 26 for their second tournament of the season.