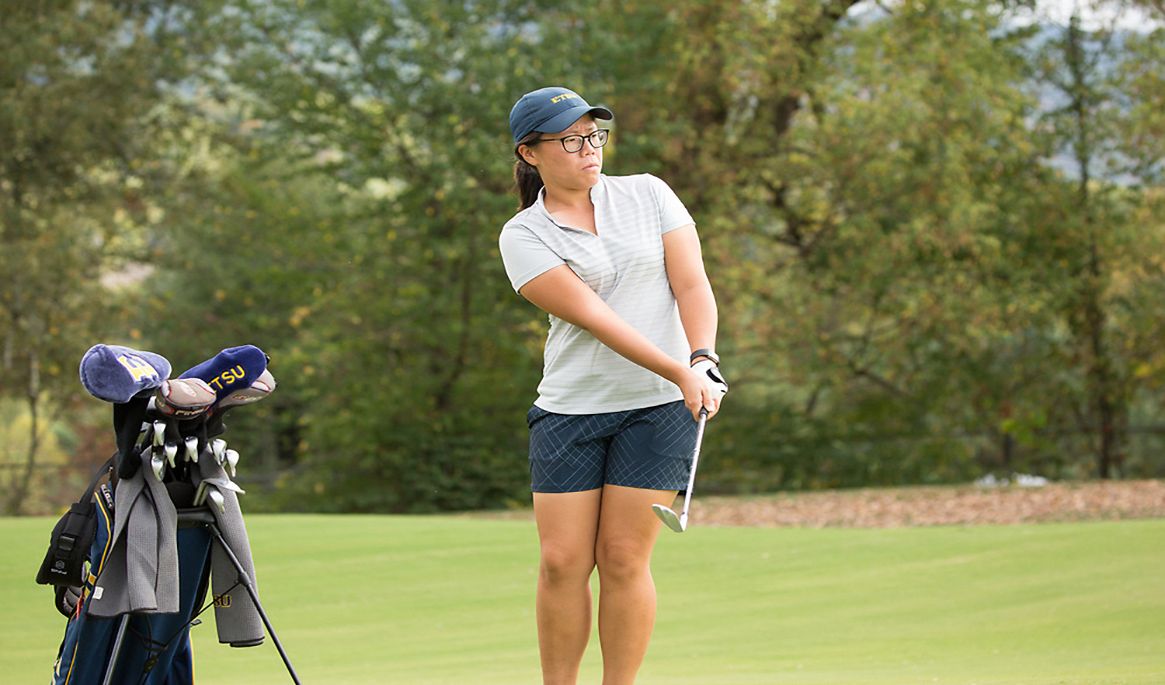 Wolcott, CO. (Sept. 24, 2018) – Led by a pair of fantastic individual performances, ETSU, ranking No. 49 in the first Golfweek collegiate poll of the season, played a round worthy of the acclaim Monday, firing an 8-over 296 at Red Sky Golf Club’s Fazio Course to finish day one of the three-day Golfweek Challenge in sixth-place amongst 18 competing teams.

Senior Hee Ying Loy (Johor, Malaysia) led the way for ETSU, firing her best round of the young season by carding a 2-under 70, which leaves her tied for fifth-place individually entering day two. Loy’s five birdies are one short of the tournament lead, and her 2-under score on par-4s is tied for the top spot.

Not far behind is her sophomore teammate Tereza Melecka (Belcovice, Czech Republic), who made it par-or-better for the second consecutive round dating back to her 67 last Tuesday at the Mercedes-Benz Collegiate Championship. Melecka shot an even-par 72, one of 15 golfers in the 93-player field that didn’t shoot above par Monday.

Also starting out strong was Allison Woodward (Unicoi, TN), who overcame a slow start to shave a stroke off her total in the latter half of the day, shooting a 1-under 35 on her back-nine, the 2-over finish at the end of 18 good for a top-30 mark.

Around the rest of the field, UCLA took a commanding lead by putting together a team round of 11-under, leaving them with a nine-stroke advantage over Campbell, who are one shot ahead of the only other team under par, Pepperdine. The Bruins got 4-under 68s from Patty Tavatanakit and Clare Legaspi, who are level with Denver’s Mary Weinstein and Campbell’s Stacey White for the individual lead.

ETSU hope to harness its form on par-3s going forward, playing the four the Fazio Course possesses in 2-under, tied for the tournament’s best mark on the executive holes. They resume play tomorrow at 12:45 p.m. ET and will be paired with TCU and Denver, the Bucs trying to climb the leaderboard while maintaining their edge over Virginia Tech, Georgia, Nebraska, and other top competitors lurking behind them.

Tuesday’s second round from Wolcott, CO can be followed on Golfstat, with a recap to follow at ETSUBucs.com.