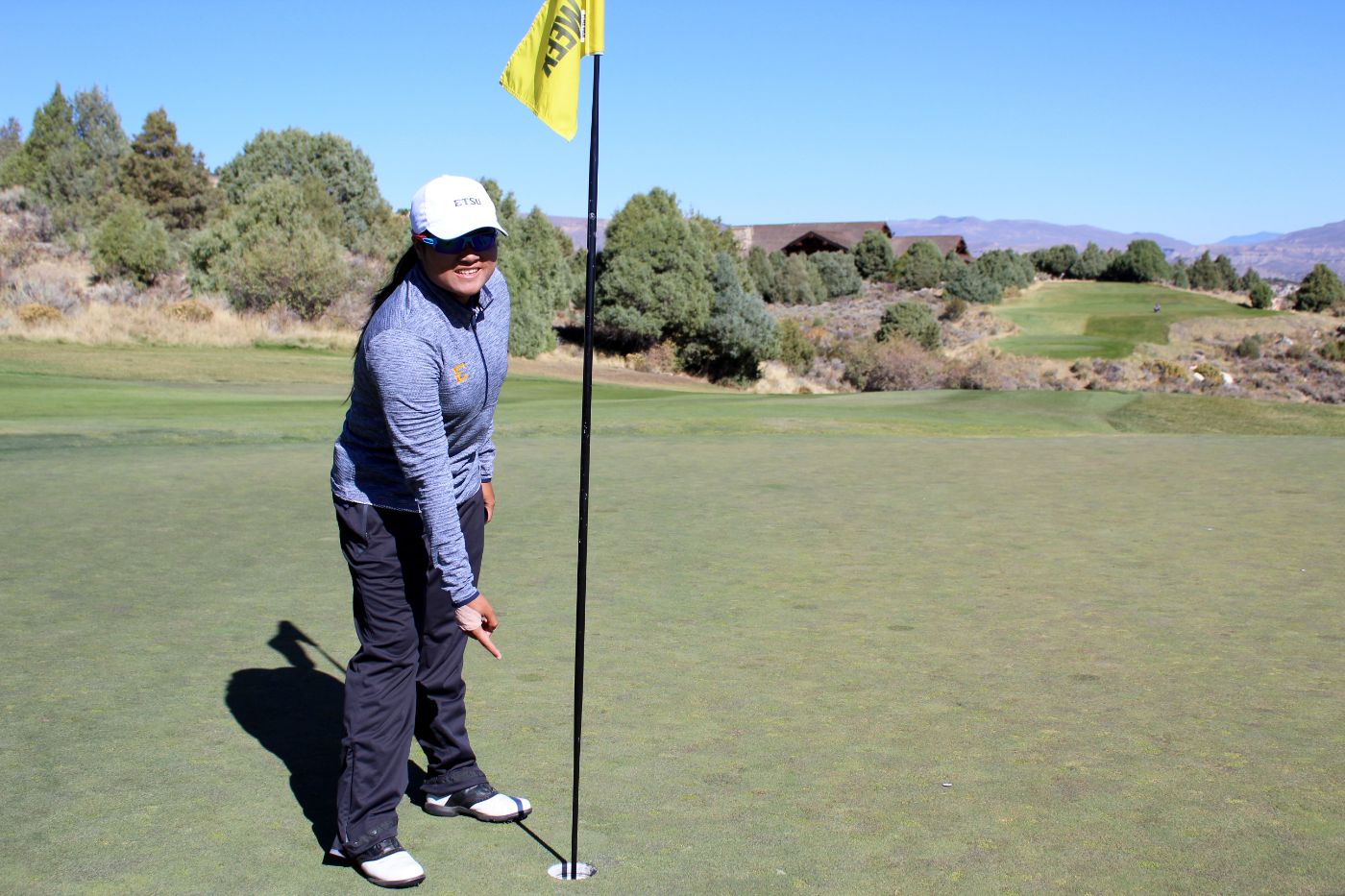 Wolcott, CO. (Sept. 26, 2018) – After seeing teammate Hee Ying Loy (Johor, Malaysia) close out her round with an eagle Tuesday, sophomore Kornbongkoat Sararat (Nongkhai, Thailand) had quite the feat of her own on the final day of action at the Golfweek Challenge, making the 10th hole at Red Sky Golf Club’s Fazio Course the site of her first collegiate hole-in-one.

The 152-yard par-3 was the anchor of Sararat’s best round of the weekend, shooting a final round 76, and ETSU’s first hole-in-one in nearly a decade, Laura Jansone the last to accomplish the feat.

While Sararat turned in the moment of the tournament for ETSU, Loy delivered shots throughout the 54-hole event, saving her best for last in carding a 69 Wednesday to finish in a tie for fifth-place in a star-studded field.

“We have a great team this year and to compete with some of the best teams in the country means a lot to us,” Loy said. “Our playing process is working and if we remain focused on the process, the results will continue to come.”

Joining Loy in the top-10 was sophomore Tereza Melecka (Belcovice, Czech Republic), who finished just three strokes behind Loy in a tie for 10th-place. Melecka overcame a tough stretch on the back nine to shoot 74 and log back-to-back top-20 standings to open the fall portion of the season.

As a unit, Golfweek’s No. 49-ranked ETSU finished in the top half of the 18-team field to follow up their top half finish at the Mercedes-Benz Collegiate Championship one week ago. Besting Maryland, Ole Miss, Kentucky and finishing just a few strokes back of perennial top-10 program Tennessee at the Collegiate, the Bucs were once again in the thick of a powerful pack this week, finishing only two spots behind Golfweek’s No. 11 Georgia, and ahead of No. 37 San Diego State as well as fellow top-100 schools Nebraska, Sacramento State, Troy and Delaware.

“A solid performance by the team,” head coach Stefanie Shelton said. “Two weeks in a row we have nearly knocked off some top-15 programs and we look forward to doing that the rest of the way. This is a huge confidence boost as we head into Kentucky.”

Winning the individual portion of the event was UCLA’s Mariel Galdiano, who was 5-under through six holes and shot 65 on the day, 13-under for the tournament. Galdiano finished two strokes clear of her teammate Patty Tavatanakit, the duo leading the No. 4-ranked Bruins to a championship-best 17-under Wednesday and a 33-stroke win over Pepperdine. UCLA finished as the only team below par at -32.

ETSU returns to Johnson City to begin preparation for their next event, the Bettie Lou Evans Invite hosted by the University of Kentucky, which begins Friday, Oct. 5.