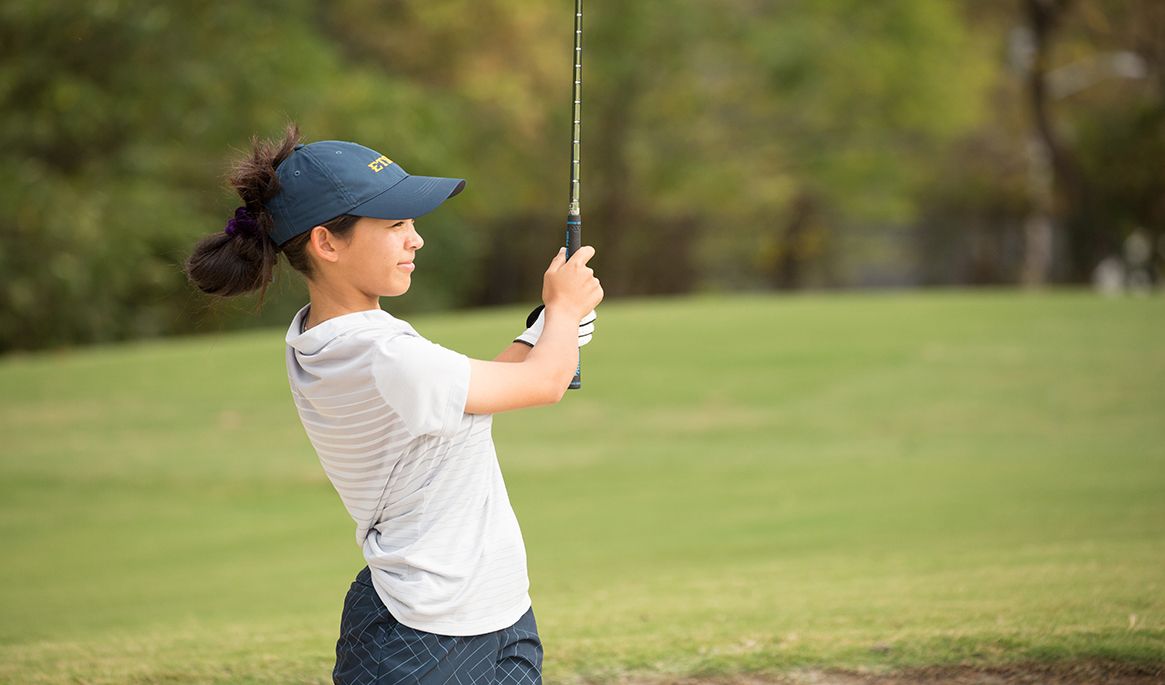 Rawof, playing her final nine holes even-par, finished in a tie for 20th in the 75-golfer field, six strokes off the lead going to day two of tournament play. Sararat, coming off ETSU’s first hole-in-one in nearly a decade in the final round of last weekend’s Golfweek Challenge, tied her low round of the year, finishing 3-over after posting a 37 on her front nine.

Outside of Rawof and Sararat, both competing as individuals this weekend, senior Hee Ying Loy (Johor, Malaysia) was consistent once again, paring her first five holes and birdieing her final three on the way to an even-par 72. Tereza Melecka (Belcovice, Czech Republic), trailing only Loy in stroke average this season for the Bucs, birdied her first two holes and finished the day second behind Loy amongst Buccaneers whose scores count towards ETSU’s team mark, logging a 78.

Around the rest of the field, Kentucky proved their home course advantage to be a difference maker Friday, posting an 8-under 280 to carry an 11-stroke lead over Notre Dame into Saturday’s second round. The Wildcats also boast the top two individuals in Lexington through 18 holes, Rikke Svejgaard’s 68 leading by a single stroke over teammate Sarah Shipley.

ETSU hopes to be back at full strength when they go off Saturday, short-handed on Lexington’s opening day with Allison Woodward (Unicoi, Tenn.) forced to medically withdraw halfway through round one. Should Woodward not be available, ETSU will send Loy, Melecka, Ankita Kedlaya (Bangalore, India) and Beatriz Espelosin (Zaragoza, Spain) to the course beginning at 10:30 a.m. with playing partners Columbia University and the University of Akron. Rawof and Sararat attempt to follow up their best rounds of the season, once again competing as individuals at 9:54 a.m. and 10:03 a.m respectively, Rawof playing with Memphis and Penn State, Sararat with Kentucky and Middle Tennessee State.

The second round of play can be tracked with Golfstat, a recap of the middle 18 holes of the Bettie Lou to follow at ETSUbucs.com.