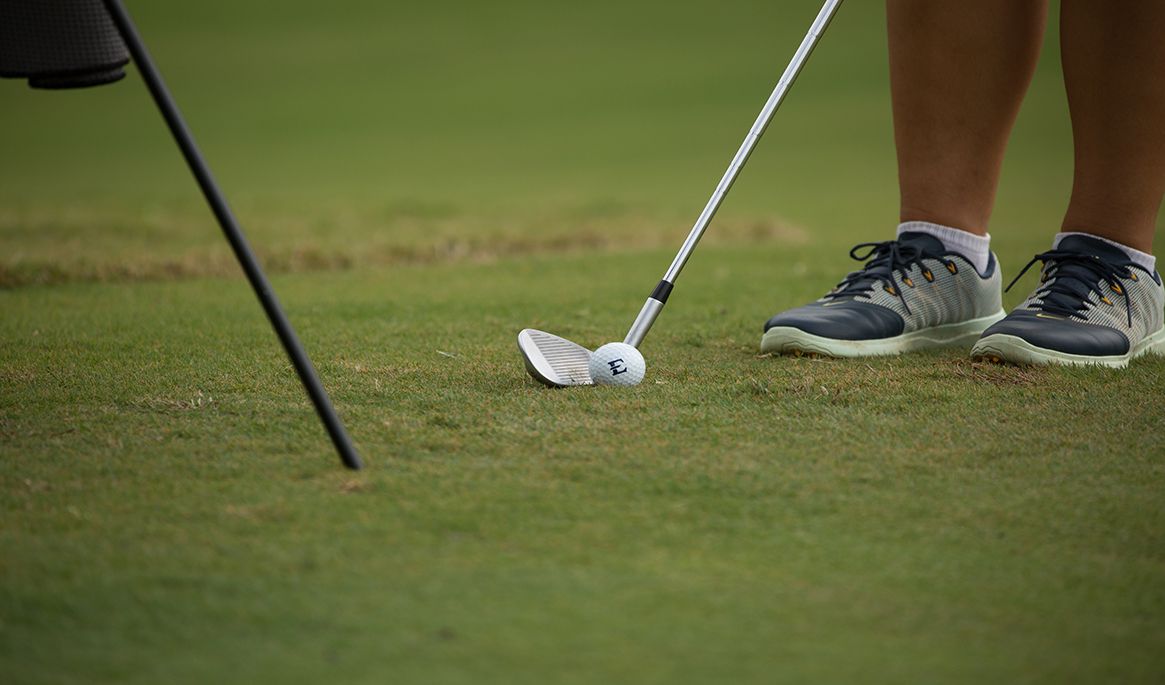 LEXINGTON, Ky. (Oct. 6, 2018) – With seven Bucs in action at the University of Kentucky’s Big Blue Course Saturday, ETSU got great results from each that competed in the middle round of the Bettie Lou Evans Invitational.

Following season-bests in round one, ETSU’s pair of sophomores competing as individuals, Warda Amira Rawof (Kuala Lampur, Malaysia) and Kornbongkoat Sararat (Nongkhai, Thailand), delivered again, Sararat tying her career-best round with a 1-under 71, Rawof once again carding a 2-over 74.

Sararat’s 2-over for the tournament is second amongst Bucs, as senior Hee Ying Loy (Johor, Malaysia) followed up her even-par round Friday with a 1-over 73, concluding her second round in 1-under on her final nine holes Saturday. Loy sits in a tie for 12th-place, on the verge of her third consecutive top-15 finish to open the 2018 fall season.

After a difficult first day, ETSU’s No. 2 Tereza Melecka (Belcovice, Czech Republic) put together 18 solid holes, shooting a 1-over 73. Melecka, in a tie for 35th, was matched by freshman Beatriz Espelosin (Zaragoza, Spain), climbing 17 spots on the individual leaderboard with a 73 of her own, Espelosin flanked by Ankita Kedlaya (Bangalore, India) and her 75, as well as Allison Woodward (Unicoi, Tenn.), who toughed through a medical issue that forced her into a withdrawal in round one.

Loy, Melecka, Woodward, Kedlaya and Espelosin’s exceptional days contributed to a 6-over team round for ETSU as they rose two spots in the team standings, the host Kentucky the only team in red numbers, resting at 10-under, 16 strokes ahead of second-place Penn State. The individual leaderboard is headlined by Kectucky’s Leonie Bettel, who logged a 6-under 66 to take a one-stroke lead into Sunday’s final round over Toledo’s Pimchanok Kawil, whose 65 was Saturday’s best of the 75 competing in Lexington, and a new tournament record.

Stefanie Shelton’s squad tries to close their weekend with another good effort, taking to the course Sunday for a shotgun start at 9 a.m. ET, individuals Rawof and Sararat competing together with Claire Carlin of Kentucky, the five Bucs contributing to ETSU’s team score once again playing with Columbia University and the University of Akron.

The final round of play can be tracked with Golfstat, a recap of the last 18 holes of the Bettie Lou Evans Invitational to follow at ETSUbucs.com.