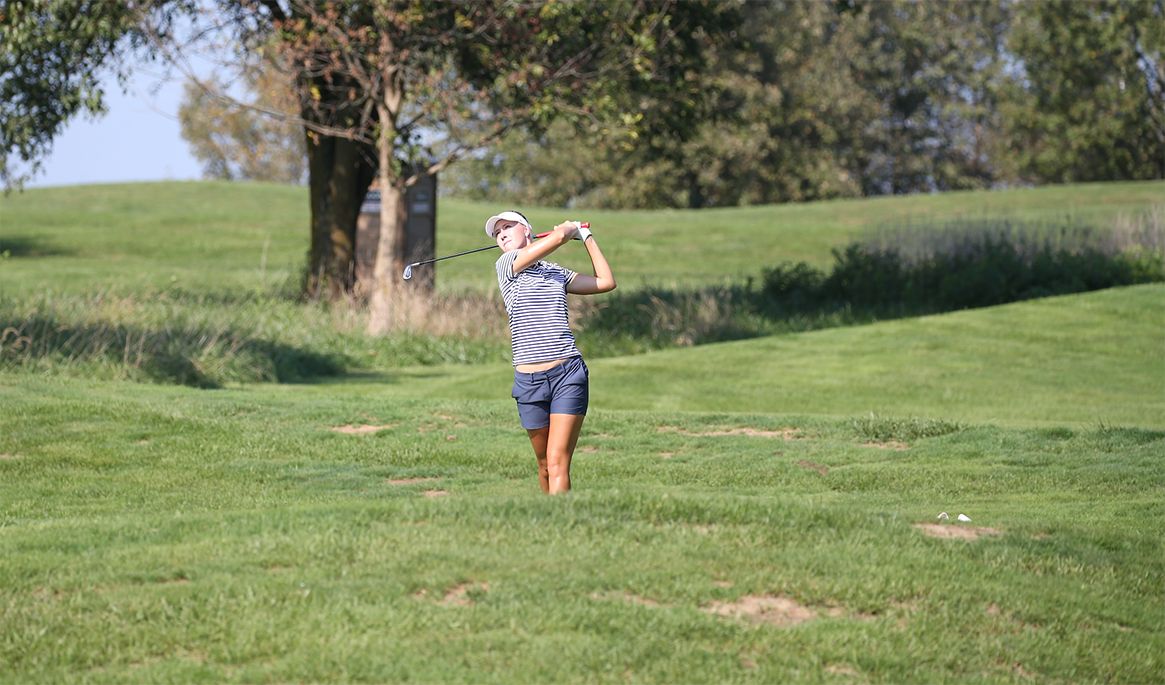 LEXINGTON, Ky. (Oct. 7, 2018) – Birdieing six of her first 11 holes, sophomore Tereza Melecka (Belcovice, Czech Republic) set Sunday’s low score at 67 as the first in the clubhouse to post the number at Kentucky’s Big Blue Course, two others later matching her in the final round of the Bettie Lou Evans Invitational.

Melecka’s 5-under ties her season-best set on the opening weekend of the fall season at the Mercedes-Benz Collegiate Championship, the sophomore finishing in a tie for 18th that weekend, improving four spots in Lexington with a tie for 14th-place this weekend. The 14th-place finish extends her streak of top-20s to three to open the year, while her 67 completes her recovery from an opening round 78, playing her final two rounds in 4-under to finish three days of play 2-over.

“I was thinking positive before the round and just wanted to enjoy another nice day on the course,” Melecka said. “I wanted to tie my career-best (66) and had some chances, but the ball just wouldn’t go in. Still, a really good day for me.”

One of those that tied Melecka for 14th was ETSU’s consistent force Hee Ying Loy (Johor, Malaysia). Loy shot a final round 73 to extend her streak of 74-or-better golf to eight straight rounds to begin the fall season. With the steady hand she brings to the course, Loy has logged three straight top-15 finishes in 2018.

Melecka’s season mark was far from the only personal-best for ETSU in Lexington, as Sunday saw Warda Amira Rawof (Kuala Lampur, Malaysia) put together her first under-par round as a member of the Bucs, her third straight day setting or matching a new collegiate standard. Rawof, competing as an individual, shot a 1-under 71 to finish tied for 19th, using the par-3s and par-5s as a springboard to success, playing the scoring holes in 4-under, a top-10 mark event-wide.

Taking the team tournament victory were hosts Kentucky who, despite raising their team score six strokes each day, had built a comfortable enough cushion to coast to the finish, beating second-place Penn State by 10 strokes, Middle Tennessee State rounding out the top-three five strokes ahead of Sunday’s top mover Memphis, who jumped five spots to fourth.

Individually, Leonie Bettel’s 68 ensured the Wildcats a sweep of the tournament titles, besting Penn State’s Cara Basso by two strokes, Pimchanok Kawil of Toledo the only other to finish within seven strokes of the winner Bettel who concluded the event 11-under.

The Bucs return to Johnson City for a week of preparation ahead of next weekend’s Magnolia Invitational in West Point, Miss. at Old Waverly Golf Club.