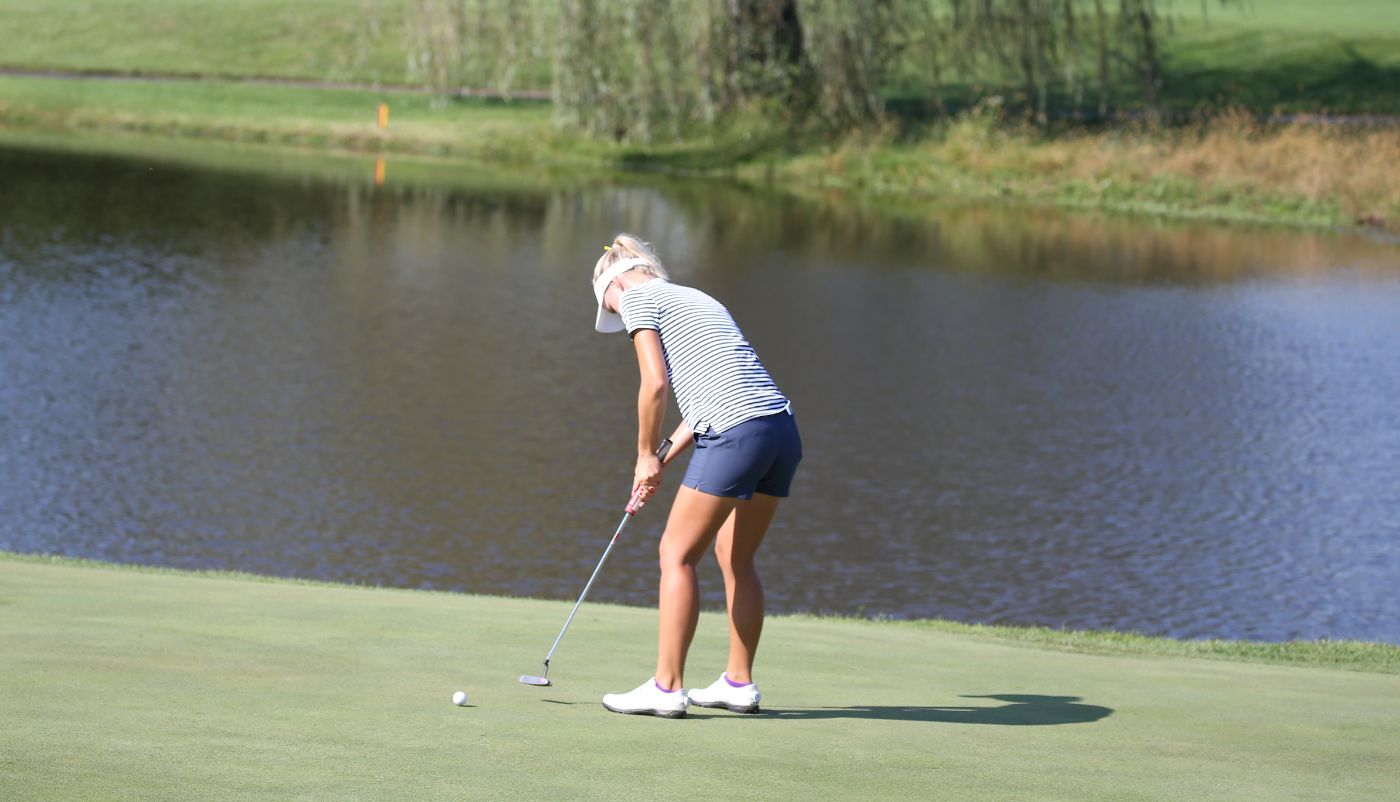 WEST POINT, Miss. (Oct. 14, 2018) – Following her second 67 of the year in the final round of competition at last week’s Bettie Lou Evans Invitational, Tereza Melecka (Belcovice, Czech Republic) made it back-to-back par-or-better rounds Sunday, opening the Magnolia Invitational with an even-par 72.

Melecka started slow, bogeying the fourth and doubling the sixth, but rallied with birdies on the eighth, ninth, and 15th holes on a warm and muggy day from the Old Waverly Golf Club tucked in near the campus of Mississippi State University. The strong opening day performance leaves Melecka amongst a group of eight golfers just two shots out of second-place and four shots off the lead.

Despite leading the field with 57 pars, ETSU didn’t have their best day as a team, finding it tough to score with Melecka the only Buc to break 77. The tournament-most even scores came along with just eight birdies, a theme not only for Stefanie Shelton’s squad, but all 12 teams, as the standings after one day find no programs under par. Mississippi State and Kennesaw State sleep on the lead tied at even-par one shot ahead of Ole Miss, the host school for the early-week tournament, as well as the University of Oklahoma, who rank behind only Auburn nationally of the teams present in West Point, the Tigers seven shots off the lead in sixth-place.

Setting the pace for the field individually is Kathleen Gallagher of LSU, whose seven birdies are tied for a tournament-high with Mississippi State’s Hannah Levi, who is one shot ahead of Melecka. Gallagher doubled the fifth and bogeyed the sixth but still finds herself two shots ahead of Kennesaw State’s Charlotte Charrayre for the top spot after one round of action, checking in at 4-under.

The Bucs go off and 8:30 a.m. ET Monday with playing partners Virginia Tech and Kansas State. Live stats for the second round of the tournament are available with Golfstat, with recaps to follow each round of play at ETSUbucs.com.