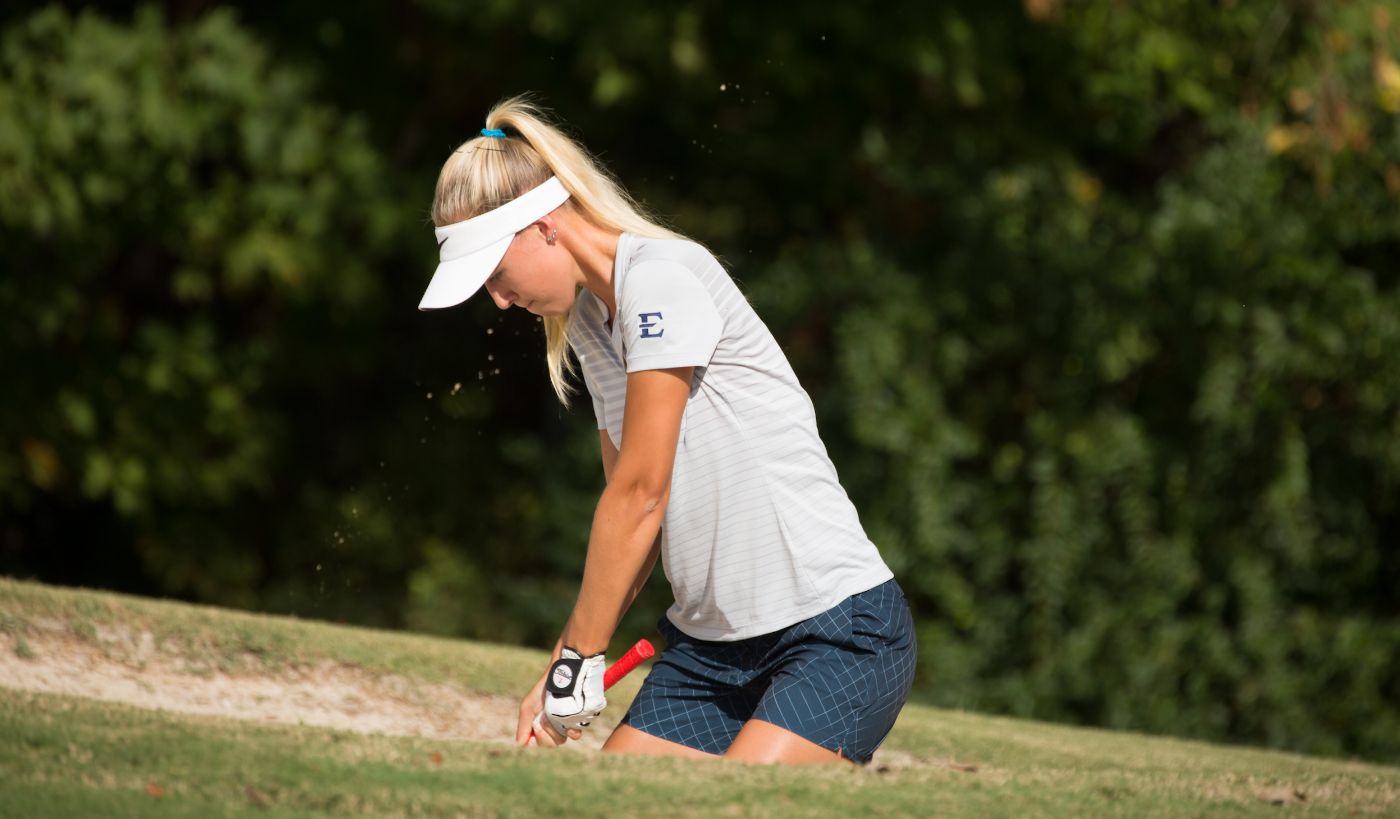 WEST POINT, Miss. (Oct. 15, 2018) – Entering the day in 12th-place after shooting even-par the first round of play at the Magnolia Invitational, moving day saw sophomore Tereza Melecka (Belcovice, Czech Republic) lead a whopping 17 players in moving double-digit spots up the leaderboard, Melecka’s 4-under leaving her just three shots off the lead.

Following a 33 on the opening nine holes, Melecka logged back-to-back birdies early in her back nine to pull within one shot of Anika Bolcikova of Auburn, whose Monday 6-under finds her at 7-under going to Tuesday. While Melecka would play the rest of the day in 1-over with Bolcikova picking up one more birdie, Melecka logged her fourth round in the 60s in as many weekends this fall, leading the Buccaneers to climb two spots in the team standings.

Melecka and the Bucs were aided by a strong second day from Warda Amira Rawof (Kuala Lampur, Malaysia), who also jumped 10 spots with her top-performing teammate, notching a 73 that was secured by an even-par back nine. Rawof’s 1-over is her second-best score of the year, carding a final round 71 at last weekend’s Bettie Lou Evans Invitational.

Individually, following Bolcikova and Melecka, whose consecutive rounds at par-or-better has reached three, a trio of golfers are tied at 3-under, trailing ETSU’s leader by just one stroke. 12 players find themselves in red numbers at Old Waverly Country Club as the course surrendered 11 70-or-betters after allowing just two Sunday.

On the team leaderboard, three distinct tiers emerged as Kennesaw State moved into sole possession of the lead by one shot over first round co-leader Mississippi State. Those two programs are the only that remain in red numbers, while Oklahoma, LSU, Ole Miss, Auburn, Memphis, and Mississippi State (B) are separated by eight shots in the middle of the field, a steep drop off seeing Coastal Carolina cling to ninth-place just two spots ahead of ETSU, Virginia Tech, and Kansas State a few strokes ahead of Middle Tennessee State and Southern Mississippi that occupy the final two spots in the 14-team field.

Melecka goes for the second tournament win of her career Tuesday, taking home the Johnie Imes Invitational title October of 2017, and you can follow Melecka’s efforts with Golfstat, who will have hole-by-hole results, a recap on ETSUbucs.com to follow tomorrow’s final round of play that begins at 8 a.m. ET.