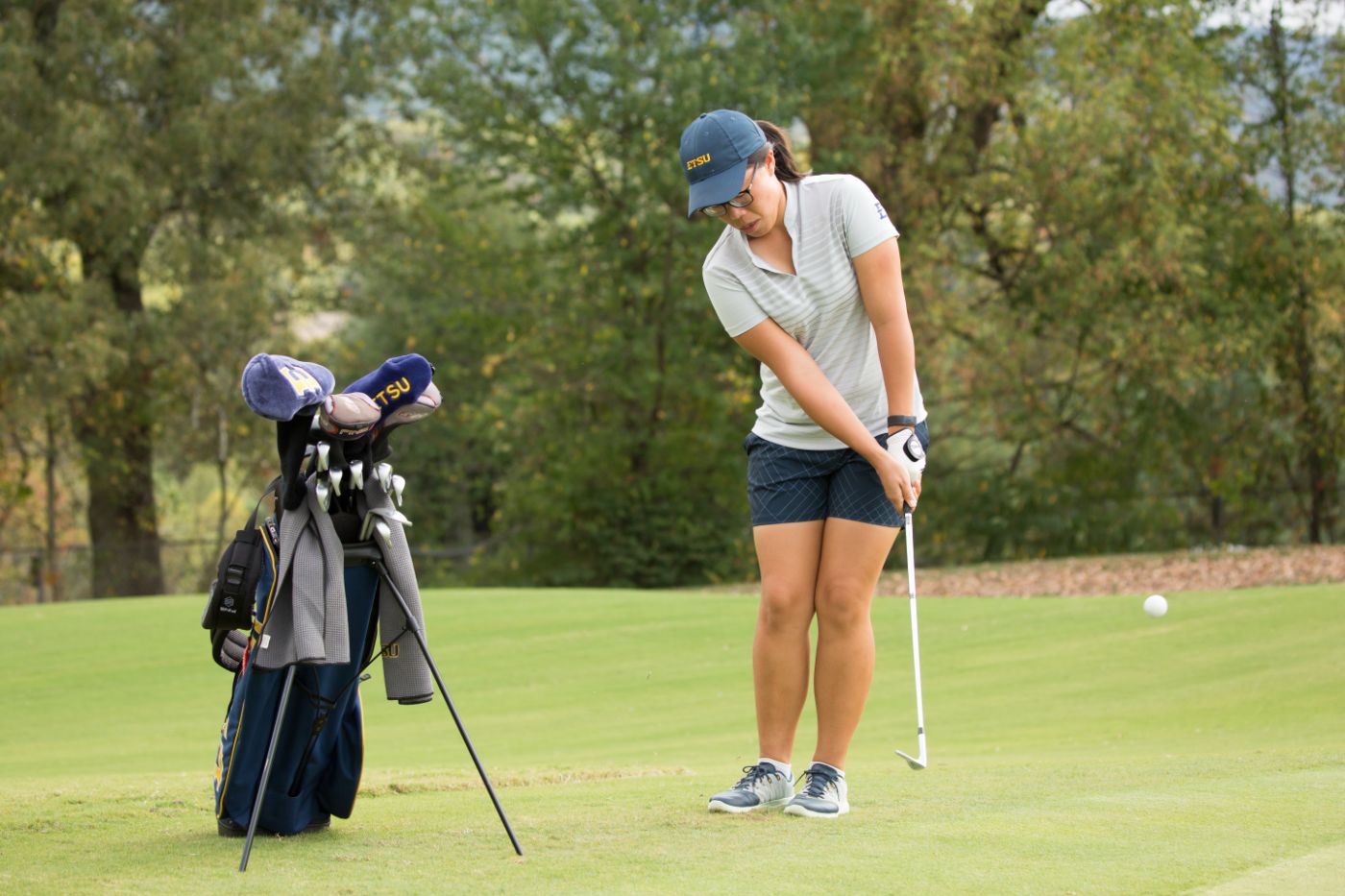 SIMPSONVILLE, Ky. (Oct. 20, 2018) – Confronted by nine of the top 100 teams in the country upon arrival at the University of Louisville Golf Club, ETSU was not deterred Saturday, firing an opening-round 9-over-par and playing the majority of their second round before darkness suspended play with ETSU in fourth-place heading to the final day of the Bucs fall season.

With windy and cool conditions making it difficult for teams to score, Stefanie Shelton’s squad was led by senior Hee Ying Loy (Johor, Malaysia), who returned to form after her eight-round streak of 74-or-better came to an end last weekend. Loy, sparked by a front-nine 33 in her second round, ended Saturday at even-par, tied with two others three strokes behind Tristyn Nowlin of Illinois. Loy’s 23 pars and six birdies are both top-10 marks in the 80-golfer field.

Individual highlights also came for Allison Woodward (Unicoi, Tenn.), who shot even-par in round one, Warda Amira Rawof (Kuala Lampur, Malaysia), whose first-round 76 included three birdies and Kornbongkoat Sararat (Nongkhai, Thailand), who rests in a tie for 29th-place after an opening-round 75 got her off to the right start before conditions worsened during her latter 18 holes.

Sitting directly atop the No. 44 team in the country according to Golfweek, that being Ole Miss, ETSU trails No. 37 Louisville by just eight strokes for third-place while the entire 14-team field looks up at Illinois, who are 10 shots ahead of second-place Maryland.

The fluctuating weather conditions will play a continuing role in the 15th-annual Cardinal Cup, with Sunday’s start pushed back to 11:15 a.m. ET because of frost and near-freezing temperatures. Once the course thaws, Loy, Woodward, Rawof, and Tereza Melecka (Belcovice, Czech Republic), the only Buc to shoot a better second round than first to this point, will have to conclude their latter 18 holes from Saturday. Sararat will await her teammates to begin the final round, with ETSU pressing for more on the team leaderboard and Loy poised to make a run at the third individual title of her career.

Live stats for Sunday’s resumption of round two and final round of play are available with Golfstat, a recap to put a bow on the weekend following the action at ETSUBucs.com.