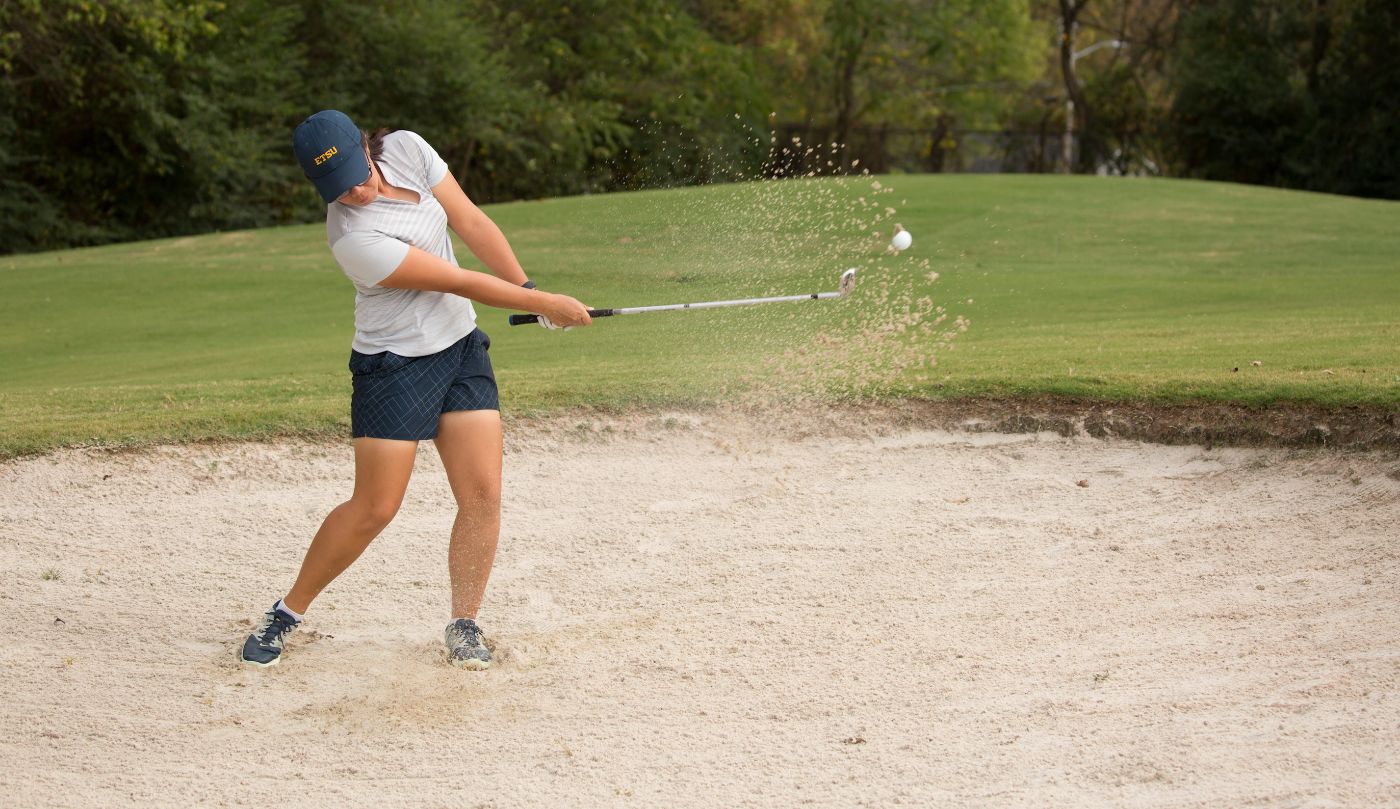 SIMPSONVILLE, Ky. (Oct. 21, 2018) – After a strong opening day at the Cardinal Cup, ETSU concluded their last event of the fall by holding steady to take fifth-place at the University of Louisville Golf Club, toppling a number of solid programs in the 14-team field.

Trailing only Golfweek’s No. 20 and tournament-winner Illinois, Maryland, No. 37 Louisville, and East Carolina, ETSU ended play two strokes better than No. 44 Ole Miss and four other top-100 programs. The fifth-place result is their highest finish since the Johnie Imes Invitational just over one year ago, ETSU finishing second that weekend in Columbia, Mo.

“Our ladies played some of the best golf they have all fall, especially in the toughest conditions we have faced in a long time,” head coach Stefanie Shelton said of her women persevering through brutally cold and windy conditions. “I’m very proud of each individual this week, a very strong performance to end our fall.”

Leading ETSU individually was senior Hee Ying Loy (Johor, Malaysia), who followed up a second round 2-under-par 70 with a 1-over 73, just one stroke out of a three-way-tie for second-place. After five bogeys in her first round, Loy logged just three combined in her final 36 holes, finishing tied for the tournament-lead with 39 pars. The fifth-place finish adds to an already staggering total of top-fives for Loy, exiting her last fall season for the Bucs with 13 throughout her three-plus years at ETSU and carding 12 of her 14 rounds over the last five weeks at 74-or-below.

“Loy stepped up again this event and put herself in contention for another tournament title,” Shelton said. “She is a tremendous player with a bright future.”

Loy was not alone in her impressive outing, as every Buc in the lineup finished in the top 50, all staying within five strokes of par Sunday as well. Kornbongkoat Sararat (Nongkhai, Thailand) finished in a tie for 25th-place, her best round coming Sunday with a final round 74, while Warda Amira Rawof (Kuala Lampur, Malaysia), Allison Woodward (Unicoi, Tenn.), and Tereza Melecka (Belcovice, Czech Republic) also assisted in a successful tournament.

Having taken three top-half finishes and maintained a top-100 ranking throughout September and October, ETSU now gets a few months to rest, regroup, retain their exceptional form and attempt to better it as they approach their spring season which opens in less than three months, the Lake Oconee Invitational awaiting the Bucs February 16 and 17 in Greensboro, Ga.