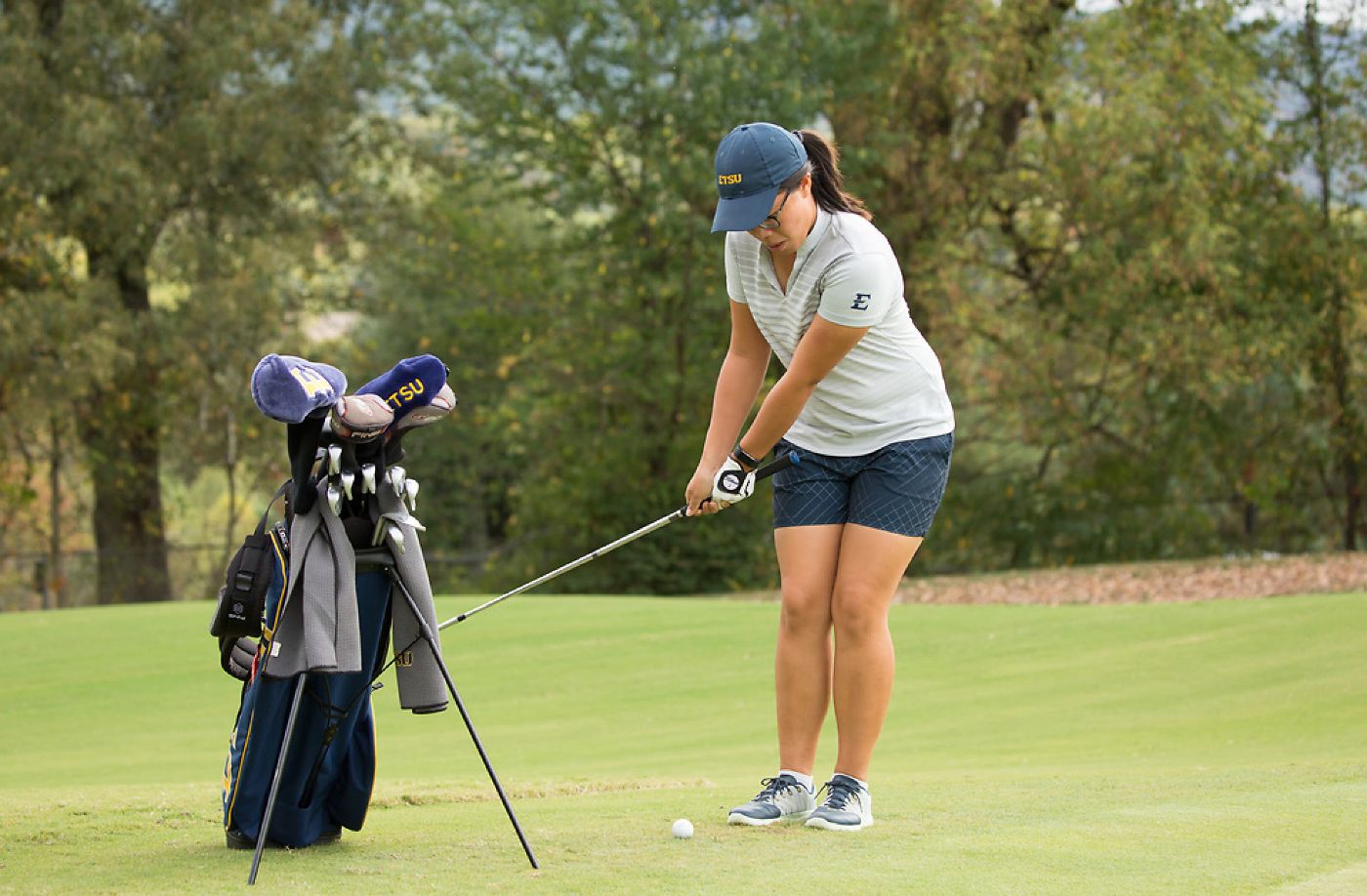 GREENSBORO, Ga. (Feb. 17, 2019) – Senior Hee Ying Loy (Johor, Malaysia) followed her superb Saturday with more of the same Sunday, carding a final round 71, tied for the third-best final 18 of the weekend, to finish in fourth-place at the Lake Oconee Invite.

“I had a great offseason and felt really good mentally and physically throughout the whole tournament,” Loy said. “I gave myself many great opportunities to go low and I am happy with how I played this week.”

Tasked with playing three nine-hole courses for a total of 27 each of the two days of competition at the brand new tournament, Loy began Sunday by firing a 1-under-par 35 on the back nine of her second round, while also going one south of par on her last 18 of the day on the Bluff to Cove portion of the event. The top-five is the third of the senior’s 2018-19 season and the 14th of her storied ETSU career.

Playing the Par 3’s in 1-over-par and doing the same on the Par 5’s while checking in even on the Par 4’s, Loy made her mark with consistency, which set the tone for the same storyline to emerge for ETSU as a team.

The Bucs shot 305-307-307 to finish in a tie for eighth-place with UNC-Wilmington in the 17-team field, and the incredible symmetry throughout the Bucs weekend could also be seen in the other individuals outside of Loy that took to the course Saturday and Sunday.

Sophomore Warda Amira Rawof (Kuala Lampur, Malaysia) settled in second amongst the seven Bucs at the tournament, shooting a trio of 5-over-par 77’s throughout the weekend. Sophomore Tereza Melecka (Belcovice, Czech Republic) nearly did the same, finishing one stroke back of Rawof while notching an opening round 76 followed by a pair of 78’s. Redshirt senior Allison Woodward (Unicoi, Tenn) came even closer than Melecka to matching her numbers from each of the 18-hole rounds she completed, finishing within one stroke of doing so in her final round Sunday. All told, on top of the team score showing remarkable uniformity, the Bucs also showed no kinks in their armor regardless of what holes they played, finishing either seventh or eighth as a unit amongst the field on Par 3’s, 4’s, and 5’s.

Taking the team title was Vanderbilt, who were seven strokes better than any other team on the final 18 holes of play Sunday, allowing the Commodores to leave second-place Mercer well in the rear-view mirror with their 17-over-par coming in 12 strokes better than the Bears.

Finishing ahead of Loy individually was champion Sofia Garcia of Texas Tech, who was the only player to conclude the tournament under par, her 1-over-par 73 in the final round steady enough to get her to the finish at the top after a pair of 2-under-par 70’s to start her weekend. Between Garcia and Loy were Mercer’s Payton Schanen who finished tied for second-place with Vanderbilt’s Auston Kim, who would’ve taken the individual title with her final round 68 if not for a forgettable second round that totaled six bogeys with nary a birdie to be found.

The Bucs now turn their attention to preparation for the River Landing Classic, a two-day tournament hosted by UNC-Wilmington March 4 and 5 in Wallace N.C. at the Par 72 River Landing Golf Course.