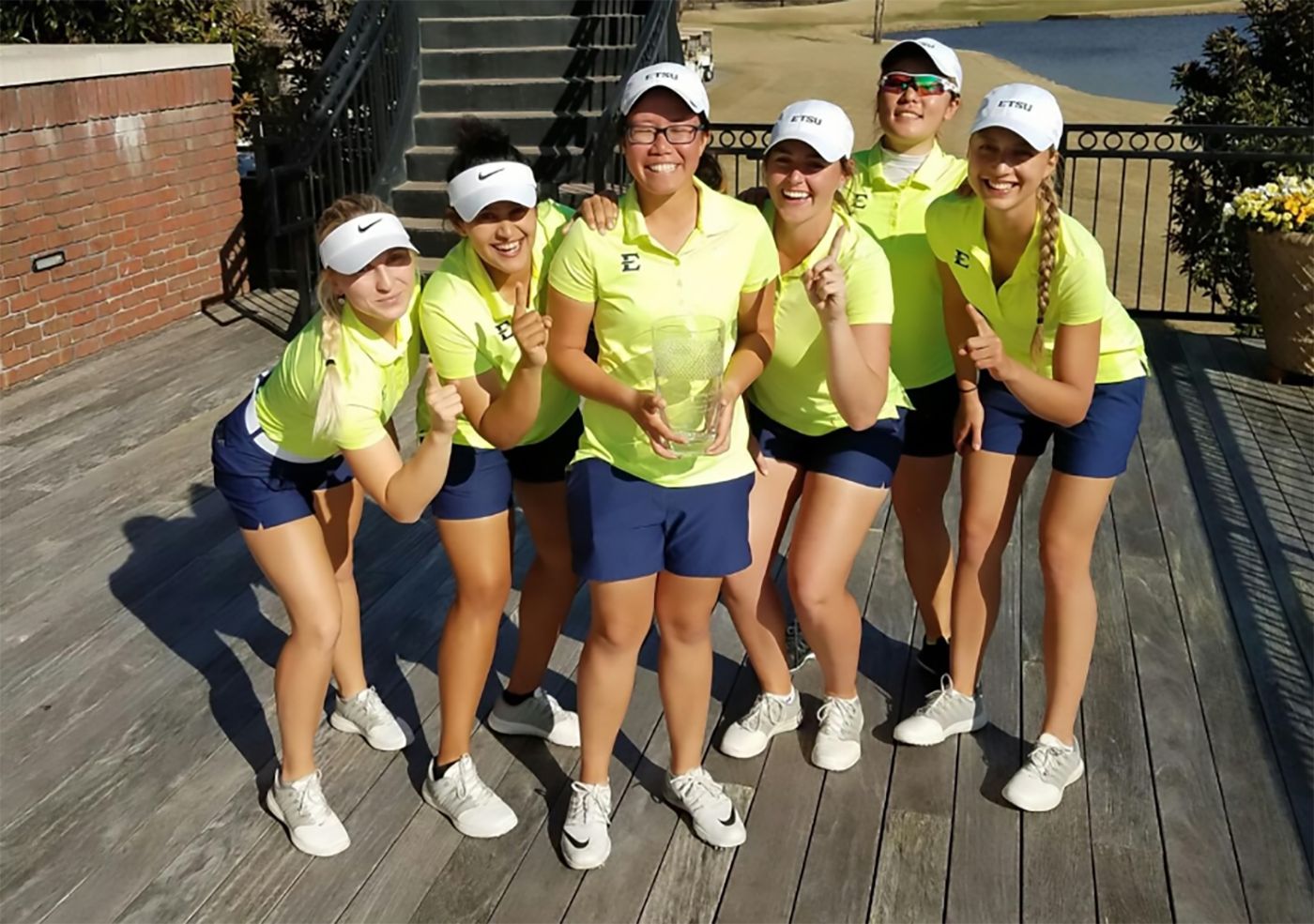 WALLACE, N.C. (March 4, 2019) – ETSU senior star Hee Ying Loy (Johor, Malaysia) showed no mercy Monday, roaring through the River Landing Classic to take a six-stroke lead to the final day of competition thanks to an opening round 68 and a second round 62, the latter shortened to 16 holes because of darkness.

Loy, who won the individual title at this same tournament the last time the Bucs attended in 2017 (pictured above), bogeyed the first two holes of her morning before playing nearly flawless golf the final 32 holes. The Bucs soon-to-be leader in career stroke average would finish round one with back-to-back birdies, part of the six she carded on the opening 18 holes, and fire four more in a nine-hole span before being forced from the course as night fell in Wallace, N.C.

Loy, whose 2017 championship was her first as a collegiate, earned the title two years ago by finishing the three rounds of play as the only golfer under par. With nearly two rounds of the three-round tournament complete, Loy finds herself in the same stratosphere, sitting at 6-under-par, leaving Rutgers Ashleigh Greenham and Penn State’s Jackie Rogowicz as blips in Loy’s rear-view mirror at even par.

Coming on strong for the Blue and Gold as the day went along was sophomore Kornbongkoat Sararat (Nongkhai, Thailand), who scuffled through her first 10 holes before playing the remainder of Monday 2-over-par. Sararat has just one hole remaining in her second round and is parked in 27th-place entering the final day of play.

Warda Amira Rawof (Kuala Lampur, Malaysia) is the other Buc resting in the top-40, having a similar experience to that of Sararat Monday. Rawof started slow, bogeying two of her first five holes, but played her middle 25 flags in 2-over, the difference between Sararat and Rawof being the way Rawof finished the day, bogeying three of her final five holes. Still, despite encountering 10 holes that gave her trouble, much like her teammate Sararat, Rawof overcame the trouble to post a solid number, sitting in 38th-place with 19 holes to play.

On the team side, in a competitive and sizeable 16-team field, the Bucs are perched in fifth-place at 18-over-par, only six shots out of second-place. Campbell, thanks to consistent play that saw the Lady Camels place all five of their golfers in the top-25 entering Tuesday, have a seven-shot lead over Middle Tennessee State.

Play will resume with the completion of the second round, followed by the final 18 holes of action, at 9 a.m. Tuesday.