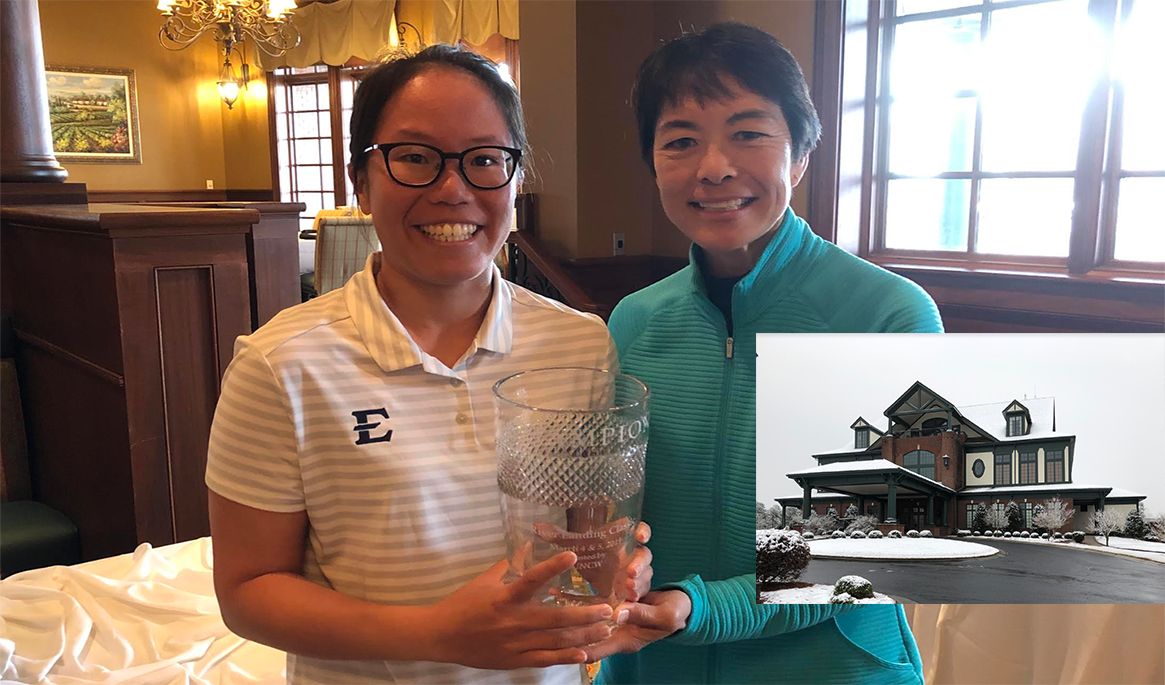 “Things didn’t start off well for me with the two bogeys in the beginning,” Loy said, referencing her bogeys on the opening two holes of the first round. “But I kept grounded and fortunately was able to have a good finish.”

Indeed, Loy played the ensuing 16 holes of her first round in 6-under-par, with six birdies and nary a bogey to be found on her card. Tasked with playing 34 holes day one of the tournament, Loy stood at 6-under-par entering Tuesday and had a commanding six-stroke advantage over Greenham and Penn State’s Jackie Rogowicz, but with nearly the entire field, including Loy, unable to finish their second rounds before play was suspended due to darkness, scores revert to the conclusion of the first round in which Loy shot a 4-under-par 68, the only competitor to crack 71.

Loy’s tournament title repeats her feat in 2017, when she shot a career-best 65 in the opening round of play on her way to a five-stroke victory.

“I have always had a good feeling about this golf course,” Loy said. “I believe I am a better golfer now than I was two years ago, and I just trusted myself. I wanted to make sure to try and have fun in the cold and windy conditions.”

Loy’s individual championship is her third as a Buc and first of the 2018-19 season, notching her 15th top-five finish in her storied ETSU career.

In addition to Loy’s championship, the Bucs had a strong team finish as well. Entering the day, ETSU was just six strokes out of second-place, but with scores reverting to the end of the first round, the Bucs 296 was good for a tie for second with No. 32 Campbell, Rutgers and Memphis, while the Blue and Gold finished above No. 40 Penn State, Charlotte, host school UNC-Wilmington and Marshall by five strokes. Taking the team title was Middle Tennessee State, who had fallen to second-place nearing the conclusion of the second round, seven strokes behind Campbell, but retroactively claim the championship because teams failed to complete the second round.

ETSU now returns to Johnson City ahead of their two-day tournament in Augusta, Ga., the 3M Augusta Invitational, which begins Saturday, March 16.