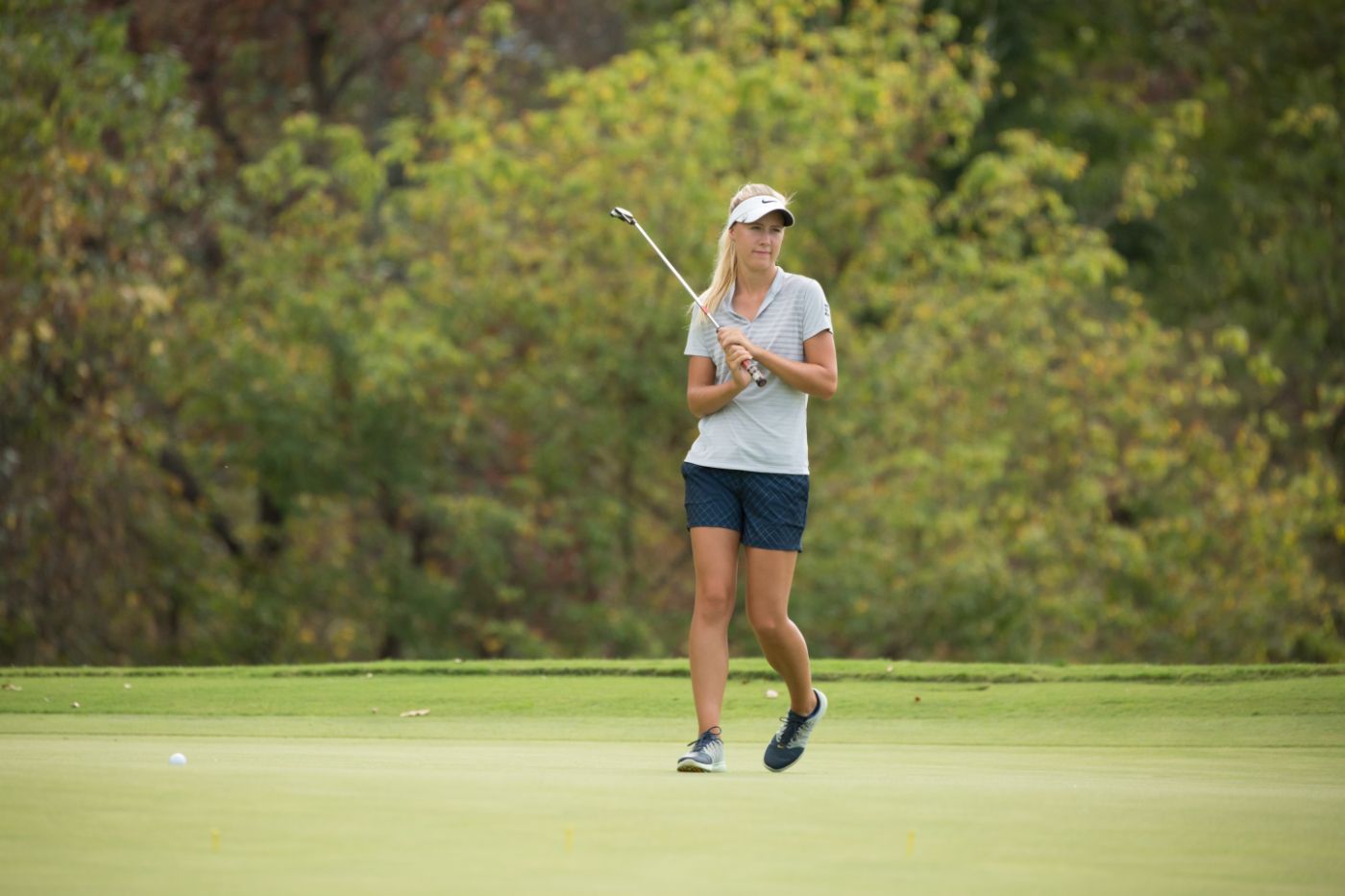 Melecka, who had carded 70-or-better five times in her career entering the weekend, made it six by closing her first round at 2-under-par, tied with four others for second place entering the day’s back half of play. Melecka’s superb start was keyed by four birdies and a 2-under-par mark on Par 5’s in round one, and she would continue to play the longest holes on the course well, also birdieing two Par 5’s in her second round. Melecka closed the day tied for 19th-place at 1-over-par, pacing the Bucs six in action at Forest Hills Golf Club.

Joining Melecka in the top-half of the field were sophomore Warda Amira Rawof (Kuala Lampur, Malaysia) and senior Hee Ying Loy (Johor, Malaysia), who this week climbed into Golfweek’s top-100 individual rankings, claiming the No. 85 spot. Rawof’s consistency throughout the day was highlighted by a stretch of 11 holes that she played in 2-under-par in her first round, shooting a 73 and a 74 to finish the day 3-over-par in a tie for 29th-place. Loy, who won her third individual championship the last time the Bucs took to the course at the River Landing Classic two weeks ago, had an uncharacteristic two double bogeys Saturday, but rebounded to finish 4-over-par, just seven strokes out of the top five, of which she has finished inside of 15 times in her career.

At the top of the individual leaderboard are a trio from three different schools, Amy Taylor of Texas Tech, Melati Putri of Purdue and Charlotte’s Elinor Sudow all finishing the day 6-under-par with a three stroke advantage over two others that share second place.

On the team leaderboard, the three individual leaders reflect their programs, Texas Tech, Purdue, and Charlotte the three teams, in that order, under-par heading to Sunday. The Bucs are just five strokes out of the top-half, once again showing uniformity throughout their day, logging a 296 followed by a 295 on the two-round first day. ETSU had similar stability in their last tournament in which they played multiple rounds, playing three rounds at the Lake Oconee Invite one month ago that finished within two strokes of each other.

Melecka looks for another low round and the Bucs attempt to climb the leaderboard to close their weekend strong, the Blue and Gold teeing off on holes eight through 11 for Sunday’s 9 a.m. shotgun start.