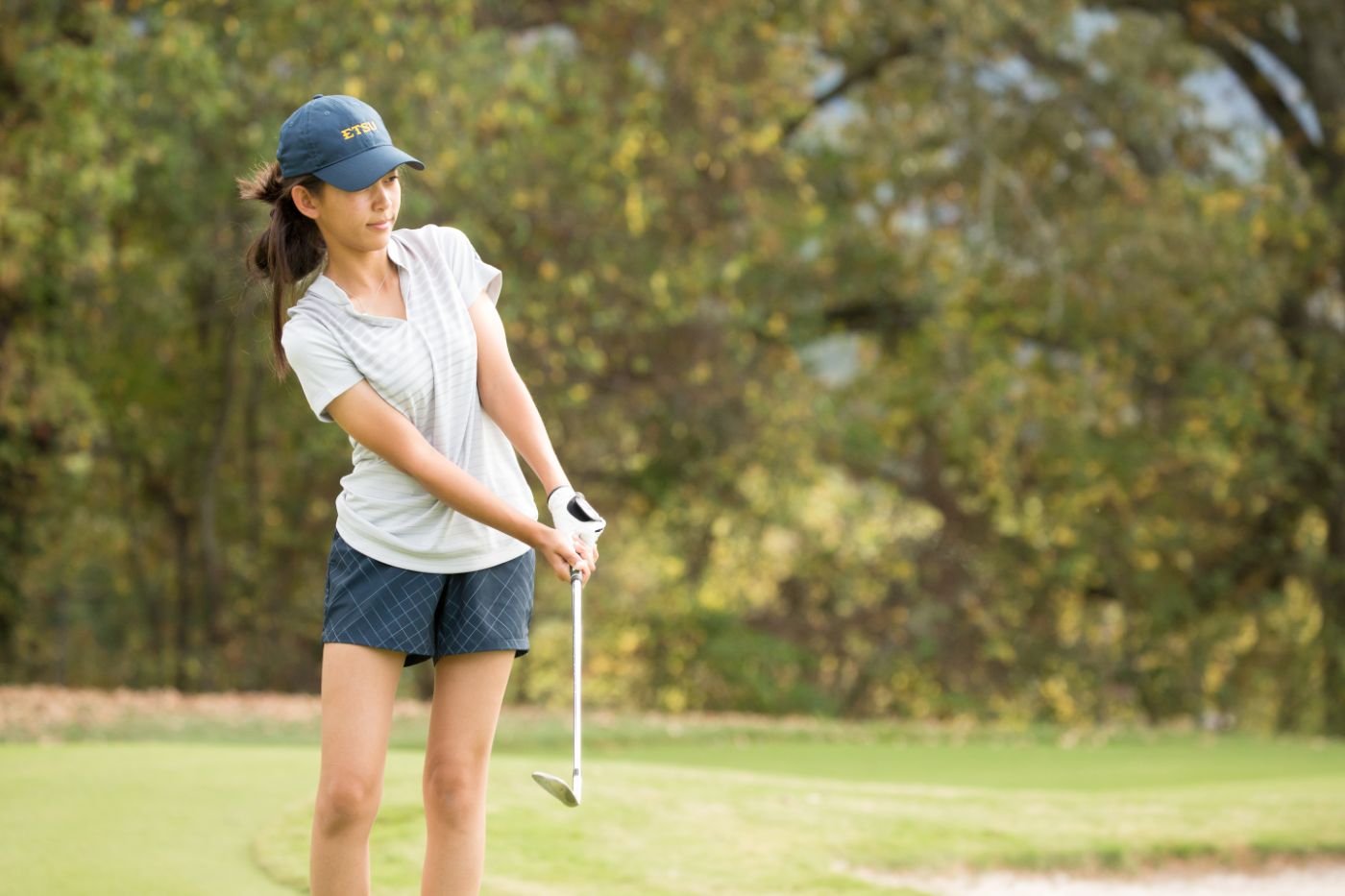 AUGUSTA, Ga. (March 17, 2019) – On a difficult morning to score at Forest Hills Golf Club, sophomore Warda Amira Rawof (Kuala Lampur, Malaysia) carded one of the best marks of the day at the final round of the Valspar Augusta Invitational, climbing 10 spots on the leaderboard to finish in a tie for 19th-place.

“Warda has gained a lot of confidence in her game,” head coach Stefanie Shelton said. “She feels like she can be at the top of the leaderboard. I’m excited for her to soon be there.”

Rawof, with top-20s at October’s Bettie Lou Evans Invatational and the River Landing Classic two weeks ago, went on a Sunday stretch in which she earned three birdies in five holes, playing the last seven flags of the tournament in 2-under-par after opening the final round 3-over-par through 11. Rawof’s late rally saw her finish just four strokes away from her first top-five result, using consistency across the 54 holes she played over the last two days to conclude the tournament having shot 73-74-73 totaling a 4-over-par 220. The sophomore’s 10-spot ascension was tied for sixth-best Sunday in the 73-golfer field.

The other two Bucs to finish in the top half of the 73 ended the championship with matching 7-over-par scores, as Tereza Melecka (Belcovice, Czech Republic) and Hee Ying Loy (Johor, Malaysia) finished in a tie for 31st-place. Loy, the 85th-ranked individual in this edition of Golfweek’s collegiate women’s rankings, was steady early before running into two double bogeys on her back-nine, rounding out the weekend with a 75 that matched her first round score. Melecka, who was in second-place after one round of play Saturday, was unable to pull a birdie away from Forest Hills in her final round, shooting a 6-over-par 78.

Individually, Golfweek’s No. 27 Sofia Garcia of Texas Tech carried momentum over from her second-round 66 Saturday, following the tournament’s lowest score with a 68 to culminate the impressive outing as individual champion. Garcia, who entered the morning in fourth-place, was the only participant to break 71 on the final 18, allowing her to push her way past Melati Putri of Purdue with a 7-under-par winning mark.

Behind Garcia nosing her name north on the individual leaderboard, Texas Tech was able to hold on for a four-stroke team win over Purdue, the Red Raiders finishing as the only team south of even with a 4-under-par total over the three rounds in Augusta. ETSU was able to move up one spot and into a tie for eighth-place thanks to yet another consistent effort, the Blue and Gold shooting a 301, right at their stroke average on the 2018-19 season and within six strokes of their previous three rounds over their last two tournaments.

“I was very pleased with the fact that we had consistent play this week,” Shelton stated. “There were some low numbers that really pulled teams ahead of us and it wasn’t quite the finish we hoped to have, but the team is playing some very solid golf right now and we look forward to seeing it again in a couple of weeks.”

The next chance for the Bucs comes at The Brickyard Collegiate, which opens play three weekends from Monday, the only competition for any Buc until then being Loy’s historic trip back to Augusta to take part in the inaugural Augusta National Women’s Amateur April 3-6.