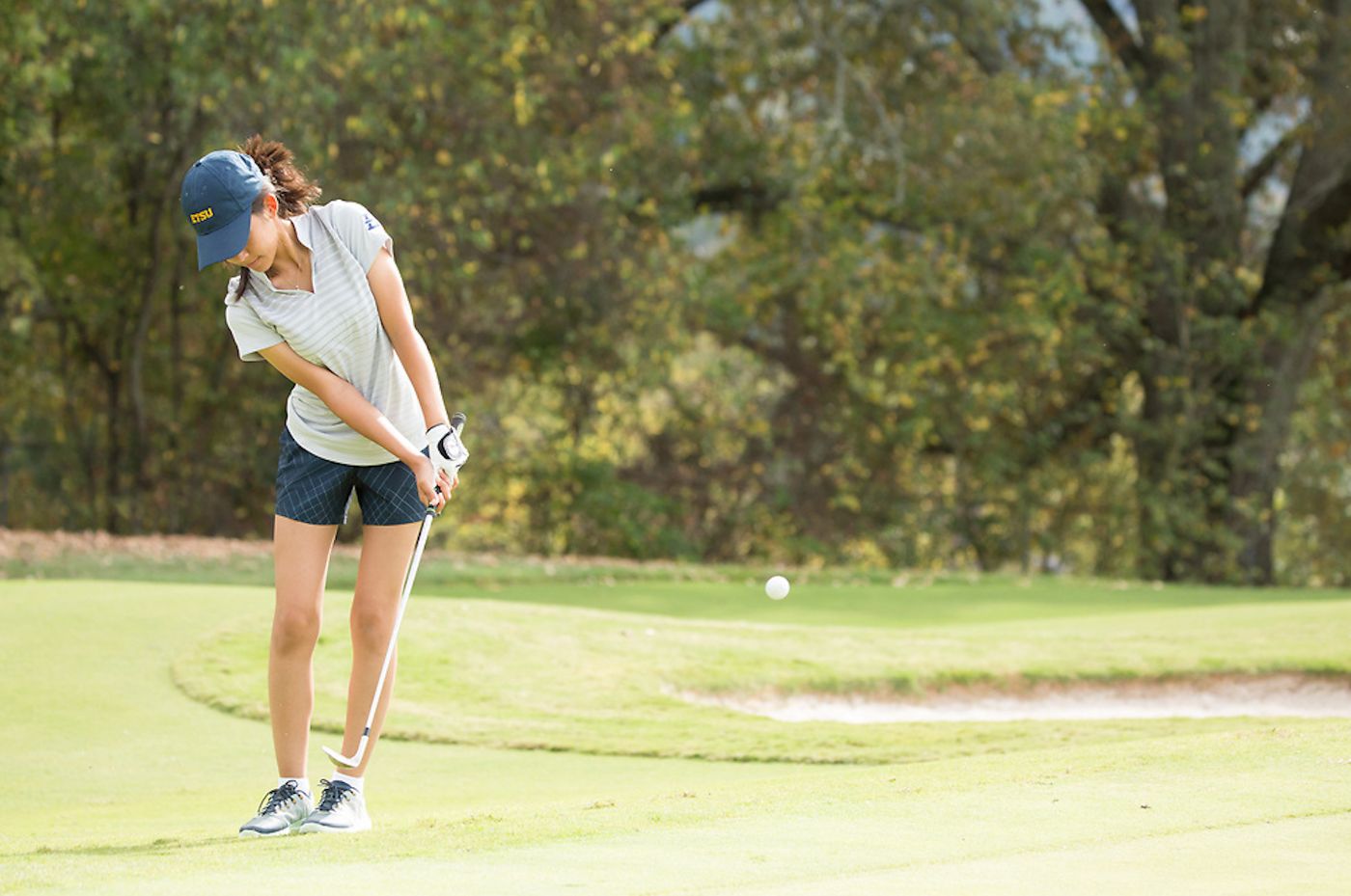 HILTON HEAD, S.C. (April 15, 2019) – Warda Amira Rawof (Kuala Lampur, Malaysia) was one of the few to figure out Moss Creek Golf Club at Monday’s second round of the Southern Conference Women’s Golf Championship, the ETSU sophomore shooting an even-par 72 to rocket into eighth-place and join teammate Hee Ying Loy (Johor, Malaysia) in the top 10 moving to the league tournament’s final day.

Rawof carded three birdies, three bogeys, and 12 pars to move from a tie for 24th-place into a tie for eighth, the 16-spot rise tied for best in the 45-player field Monday. The sophomore’s 72 ranks as the second-best round of her 2018-19 season.

The senior Loy, who was tied for the individual tournament lead after Sunday’s opening round, had an uncharacteristic day, shooting a 6-over-par 78 that was capped with an 18th-hole double-bogey. Still, with the struggles of many others in the field, Loy is tied for fifth-place moving to the final round of action, just two strokes out of second place.

The gap from first to second, though, is a wide one, as Chattanooga’s Monica San Juan was the only player to shoot a better round than ETSU’s Rawof Monday. San Juan played the final 14 holes in 4-under-par to mount a healthy six-stroke lead with just 18 holes to play. The impressive second round sets up San Juan, winless in her career in four seasons competing for the Mocs, to culminate her time in Chattanooga with a league title.

Vying for the team title and automatic bid to the NCAA Regionals are the four teams that left Sunday in the top four positions, still in those spots after two rounds of play. Furman, the nation’s No. 26 team according to Golfweek, came into the day with a two-stroke lead, and leaves it with a three-stroke cushion. Providing the pressure are San Juan’s Mocs, who logged the day’s best score of 300, Mercer, whose 305 dropped them to third, and the Bucs, their consistency keeping them in the mix just nine shots back of first.

“It will be a challenge to beat Furman,” Shelton said. “They’ve been there before and are comfortable leading and winning. But the target is on their back and we are all hungry. Tomorrow will be an exciting day to see who will make a move and win it.”

ETSU is first off in the morning, stepping into the first tee box at 8:00 a.m. ET with playing partners UNCG and Samford. Sophomore Kornbongkoat Sararat (Nongkhai, Thailand), currently in a tie for 25th-place, will be the first in the field to begin play Tuesday, and with every member of the Blue and Gold inside the top-25, Coach Shelton’s squad will attempt to become just the second ETSU team since the Bucs won back-to-back conference titles in 2013 and 2014 to finish with five players in the top-25 at the conference championships.

Final round coverage of the Southern Conference Women’s Golf Championship can be tracked on Golfstat, with a recap to follow at ETSUbucs.com.