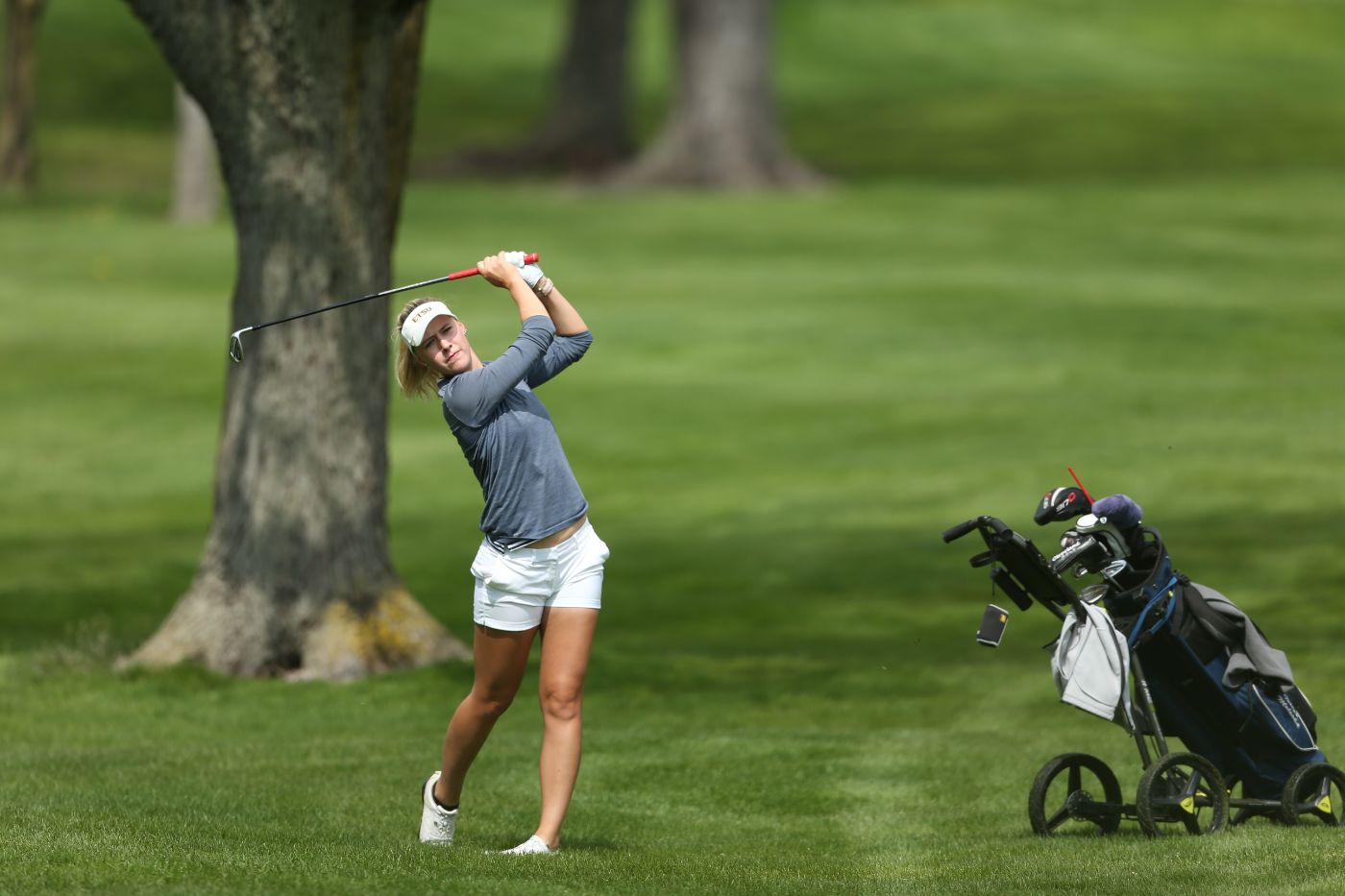 EAST LANSING, Mich. (May 7, 2019) – After a first round 77 found Tereza Melecka (Belcovice, Czech Republic) in a tie for 58th-place, the sophomore was on the move Tuesday, ascending 39 spots in the 96-golfer field with a 2-under-par 70 to move into position to challenge for a spot in next weekend’s NCAA Championship.

Melecka, who stumbled with two double bogeys in round one of the East Lansing regional, played just two holes over par throughout her second round, logging four birdies for her sixth 70-or-better round of the 2018-19 season at the most key of moments.

Melecka’s 39-position move into the top-20 was the second-largest climb of the day behind only LSU’s Kendall Griffin, whose hole-in-one on the par three seventh led her to tie for the second-best round of the day with a 3-under par 69.

Meanwhile, senior Hee Ying Loy (Johor, Malaysia), who was two strokes better than Melecka Monday, couldn’t find a way to put up red numbers Tuesday, paring 12 holes but bogeying the other six after rain delayed the start of the middle round of three at Forest Akers West Golf Course by nearly six hours. Loy’s 6-over-par 78 leaves her hopes of an NCAA Championship appearance grim, as she stands in a tie for 58th-place ahead of Wednesday’s third and final round.

As for Melecka’s hopes of advancement, with the top six teams after tomorrow moving on to the NCAA Championship and the top three individuals not on the advancing teams also playing in mid-May’s culminating event, the impressive second round breathes life into her chances. 13 golfers ahead of Melecka after Tuesday are on the teams that would qualify for the NCAA Championship if second round results were final, meaning Melecka is tied for sixth-place amongst individuals looking to advance, just three spots away from claiming one of the coveted spots to the 2019 event at Blessings Golf Club in Fayetteville, Ark.

Jumping first round leader Pimnipa Panthong and four others to place a strong grip on the top spot in East Lansing was UCLA’s Patty Tavatanakit, the nation’s number No. 16 golfer, besting every other participant Tuesday by at least three strokes with a 66. Tavatanakit caught fire from holes 11 to 17, playing the seven holes in 6-under-par, a stretch that featured an eagle on the par five 13th, her lead a full four strokes.

On top of the team leaderboard are the Golden Flashes of Kent State, though their eight-stroke advantage entering the day was cut to one by Arizona, who shot a Tuesday-best 284 as a unit. The top two are the only programs under par as anticipation builds for Wednesday, UCLA eight shots off the lead at 5-over-par after climbing four spots with a 285.

Live stats for Wednesday’s final round are available with Golfstat, a recap to follow at ETSUbucs.com.