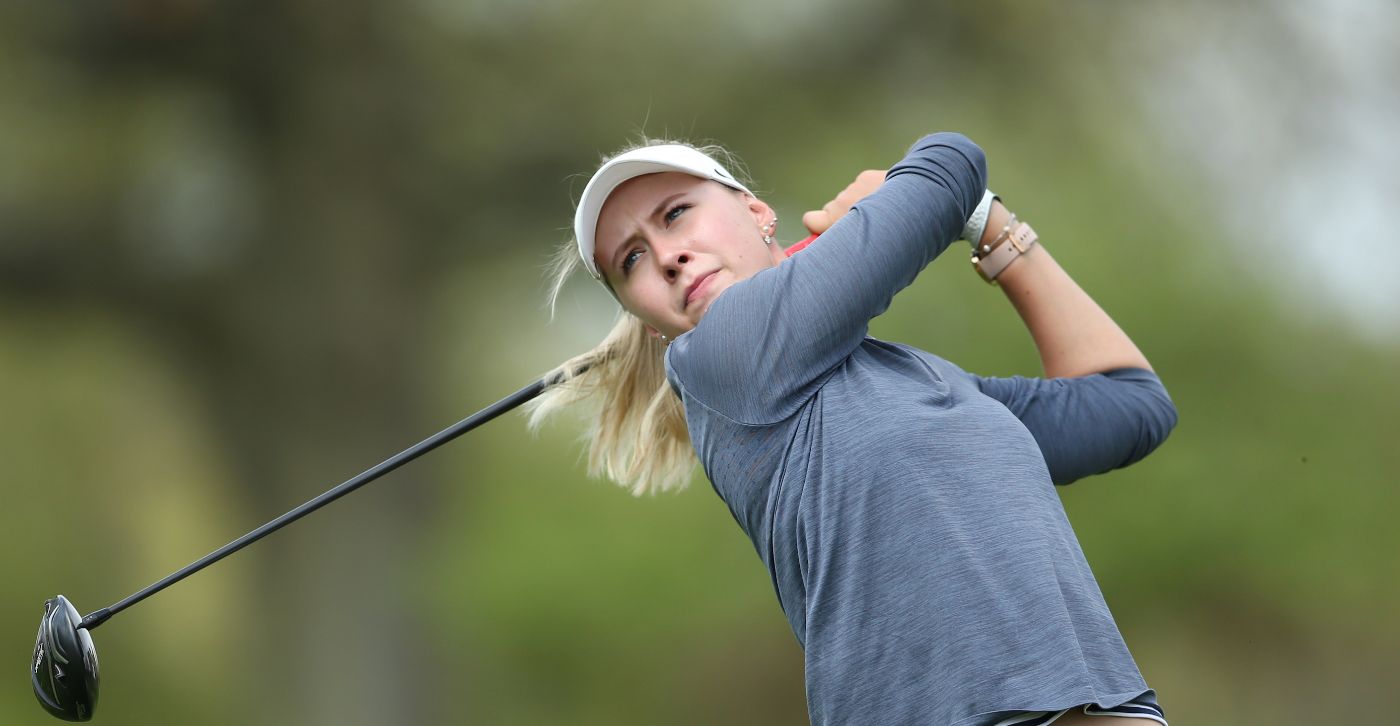 EAST LANSING, Mich. (May 7, 2019) – Following Tuesday’s 2-under-par 70 that put Tereza Melecka (Belcovice, Czech Republic) squarely in contention to move on to the NCAA Championships, the sophomore shot another strong 18 holes but couldn’t climb the leaderboard, finishing the day in 19th-place, the same spot she started it.

Melecka opened the final round of the East Lansing regional with an even-par front nine as she teetered on the edge of becoming the first Buccaneer to qualify for the NCAA Championship since Gabriella Wahl used a sudden death playoff eagle on the final day of 2014 regional play to get to the final tournament of that season’s collegiate competition. Once on the back nine, Melecka traded birdies and bogeys on the first four pins, steadied for a pair of pars, but bogeyed two of the final three holes to finish with a 1-over-par 73. 12 golfers that finished ahead of Melecka came from teams that qualified for the NCAA Championship by helping their programs into the top six of the 18-team regional, meaning Melecka ended up just two shots away from forcing a head-to-head playoff with Michigan State’s Allyson Geer-Park to decide the final of the three individual qualifying spots. Those positions were claimed by Geer-Park, fellow Spartan Haylin Harris, and Xavier’s Mikayla Fitzpatrick.

Melecka’s 19th-place finish is the best regional result for an ETSU golfer since Wahl placed seventh five years ago.

“Tereza played great golf here this week,” head coach Stefanie Shelton said. “It (regionals) can be an intimidating experience, but she was in her element. I’m sure she will be ready for this tournament again next year and I look forward to watching her compete.”

While Melecka was trying to make history for the Bucs, senior Hee Ying Loy (Johor, Malaysia), who finished 39th after a 1-under-par 71, did exactly that. Despite a second round 78 that essentially ended Loy’s chances of having her final regional of three in Blue and Gold end with advancement for the first time, the pin hunter closed her time at ETSU as the program’s career stroke average leader, adding to an already incredible resume that includes a multitude of other Buccaneer records.

“At this point in time, Loy may be the greatest golfer in ETSU Women’s Golf history,” Shelton stated. “She has set a high standard of performance and shown the work ethic it takes to be a champion both on the golf course and in the classroom. We are graduating a determined woman and talented golfer.”

Loy’s four all-conference selections are most in ETSU history, her three straight regional appearances are also a program-most, while she closes the book on a career that included 24 top-10 finishes, 16 top-5s, and three victories.