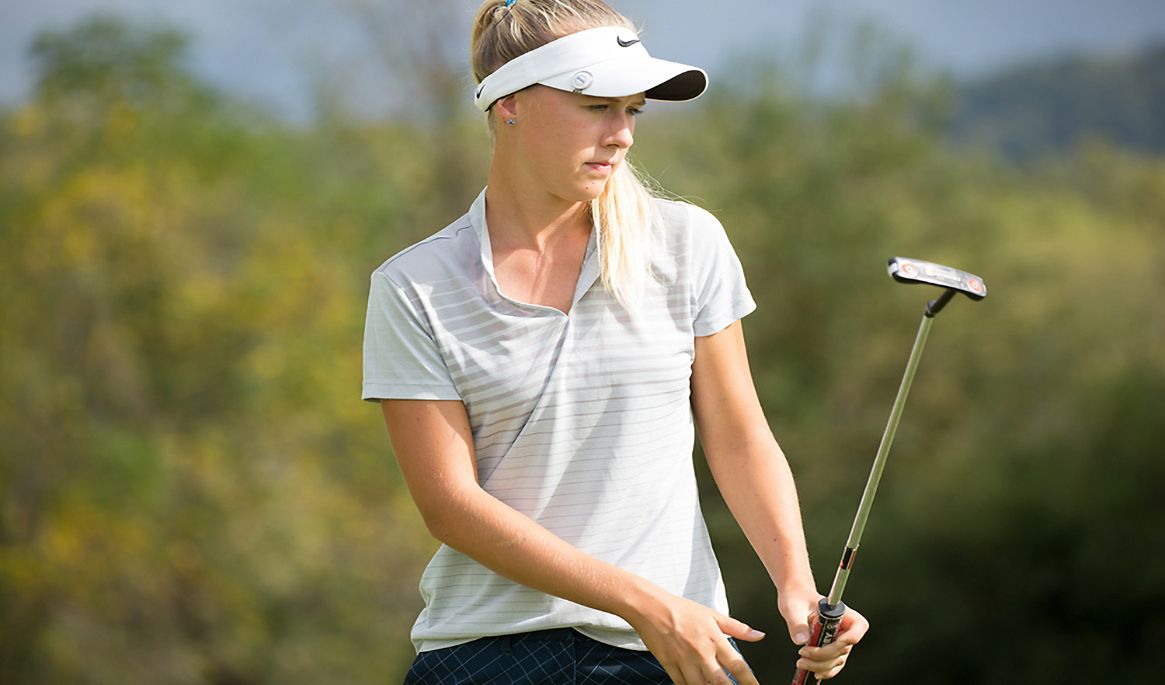 After posting a top-10 finish at the Mercedes-Benz Intercollegiate, Melecka was nearly flawless in  Monday’s opening round of the Golfweek Conference Challenge. Melecka posted six birdies, 11 pars and one bogey en route to carding a 5-under-par 67 at the Red Sky Golf Club.

Melecka, who is one shot off the lead after day one, collected four birdies over her first nine holes and her six birdies were tied for the second-most in the round. The only blemish on Melecka’s day was a bogey on the par-5 No. 2; however, she bounced back with two birdies over the next three holes to card the 67. Melecka’s 67 is her second-lowest collegiate round, which has been accomplished two previous times last season.

Melecka and Pepperdine’s Momoka Kobori trail Nebraska’s Leah Herzog by one shot as the Cornhusker freshman finished at 6-under 66 on Monday.