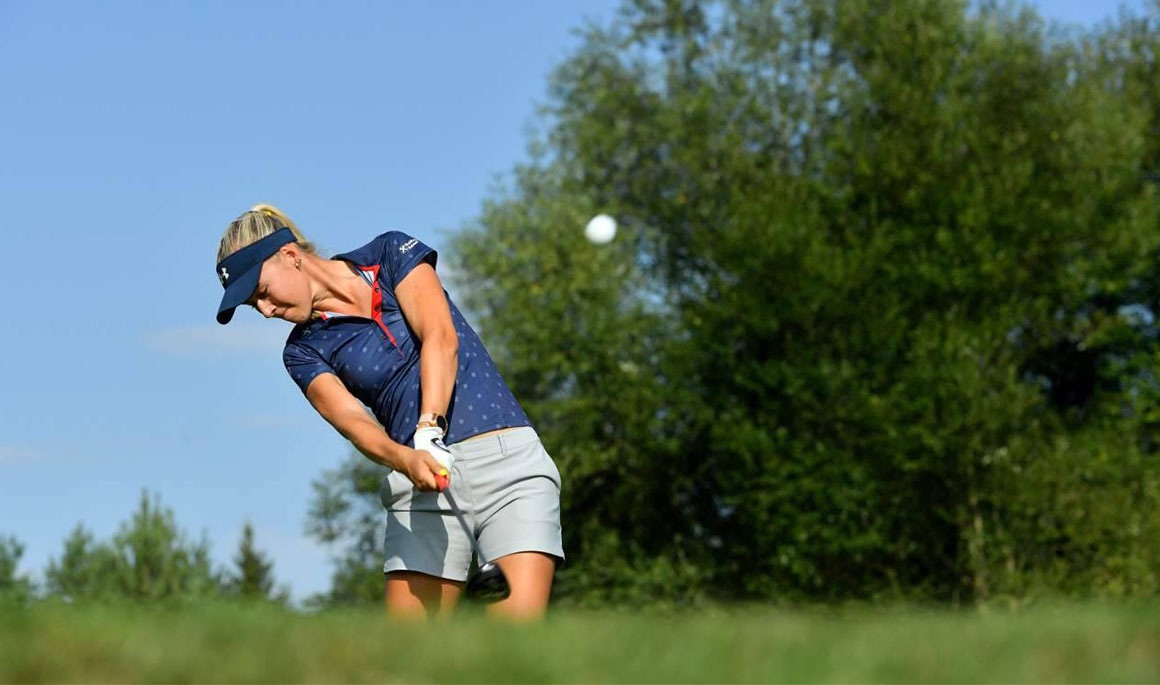 Melecka, who already has a pair of top-15 finishes in the Bucs’ first two fall tournaments, is tied for fifth and two shots off the lead following the first 18 holes in Kiawah Island. The Buccaneer junior registered four birdies, four pars and one bogey over her first nine holes – and after playing her first six holes at three-over following the turn – Melecka went birdie-par-birdie to end the day with her 70. Melecka’s six birdies on Sunday were tied for the most in the 114-player field.

Two golfers are tied for the lead after day one as Jacksonville State’s Claire Vermette and North Florida’s Daniela Gonzalez both posted a 4-under-par 68. The pair of golfers hold a one shot lead over Fresno State’s Brigitte Thibault and College of Charleston’s Ana Rottluff, while Melecka and two others are tied for fifth at two-under.

North Florida was the only team to record a score below par as the Ospreys sit atop the leaderboard at 5-under-par 283. UNF holds a six-stroke advantage over host College of Charleston and Fresno State who are tied for second at  1-over-par 289.

Monday’s second round will feature split tee times beginning at 8 a.m. The Bucs go out at 12:20 p.m. and will be grouped with Xavier and Boston College.