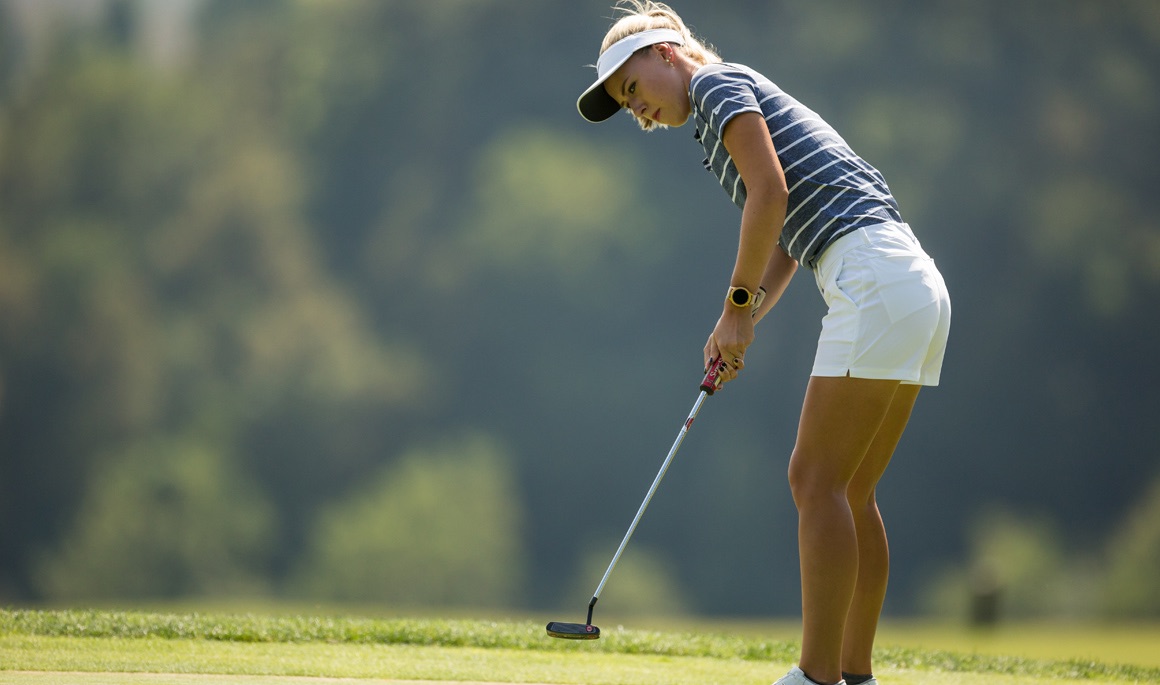 Melecka moves into a tie for 27th

After opening the day in a tie for 34th, junior Tereza Melecka (Belcovice, Czech Republic) moved seven spots up the leaderboard into a tie for 27th after carding a 3-over 75, moving to 9-over-par 153 thru 36 holes of play. Melecka had an up-and-down round which featured nine pars, three birdies and six bogeys. The Buccaneer leader opened the day with four bogeys over her first five holes, before turning things around with three birdies over her next seven holes; however, Melecka registered three pars and two bogeys to finish the round with a 75.

North Florida’s Sara Mckevitt will enter Sunday’s final round with a one shot lead at 5-under-par 139. Mckevitt fired a 7-under 65 on Saturday to move atop the leaderboard. East Carolina’s Dorthea Forbrigd is in second-place at 4-under 140, while Auburn’s Megan Schofill is in third at 3-under-par 141.

Auburn and Mercer began the morning tied for the team lead; however, the 22nd-ranked Tigers opened a 15-shot cushion after posting a 284 on Saturday, sitting 1-over-par 577 for the  tournament. Mercer is in second at 16-over-par 592 and East Carolina is third at 21-over 597.

Sunday’s final round begins at 10 a.m. with a shotgun start.

Live scoring of the tournament is provided via BirdieFire.com. Twitter updates can be accessed by following @ETSUWomensGolf, while recaps following each round will be posted on ETSUBucs.com.