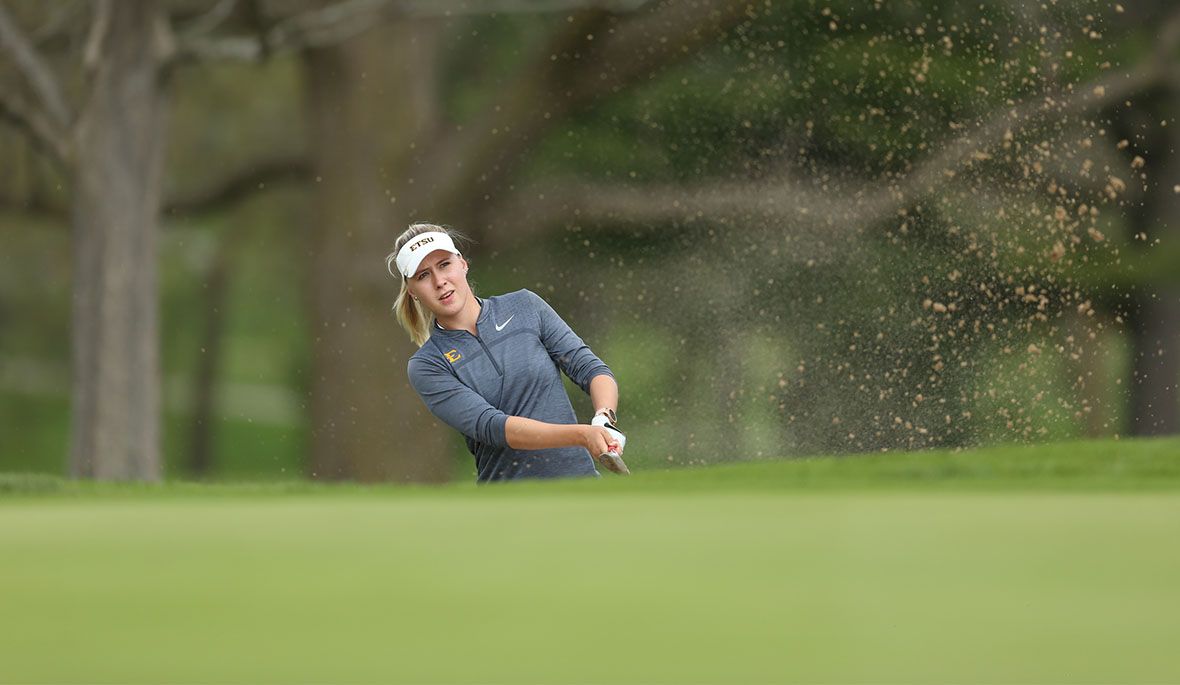 GREENSBORO, Ga. (Feb. 23, 2020) – After leading the Buccaneers in all four tournaments during the fall campaign, ETSU women’s golf standout Tereza Melecka (Belcovice, Czech Republic) picked up right where she left off in the spring opener.

Melecka, who carded a 1-under-par 71 in Sunday’s final round, finished tied for 21st at the Reynolds Lake Oconee Invitational from The Landing Course. For the tournament, Melecka posted a 54-hole score of 8-over-par 224 (78-75-71). The 50th-ranked World Amateur Golfer registered 13 pars, three birdies and two bogeys to finish on a positive note in the finale. Melecka played her final 31 holes of the tournament at two-under-par.

Auburn swept both the team and individual titles. The 22nd-ranked Tigers captured the team championship with a score of 8-under-par 856 (293-284-279) – 26 shots better than second-place Mercer and 37 strokes ahead of third-place East Carolina.

The Bucs return to action on Monday, March 9, when ETSU heads to North Carolina for the UNCW River Landing.