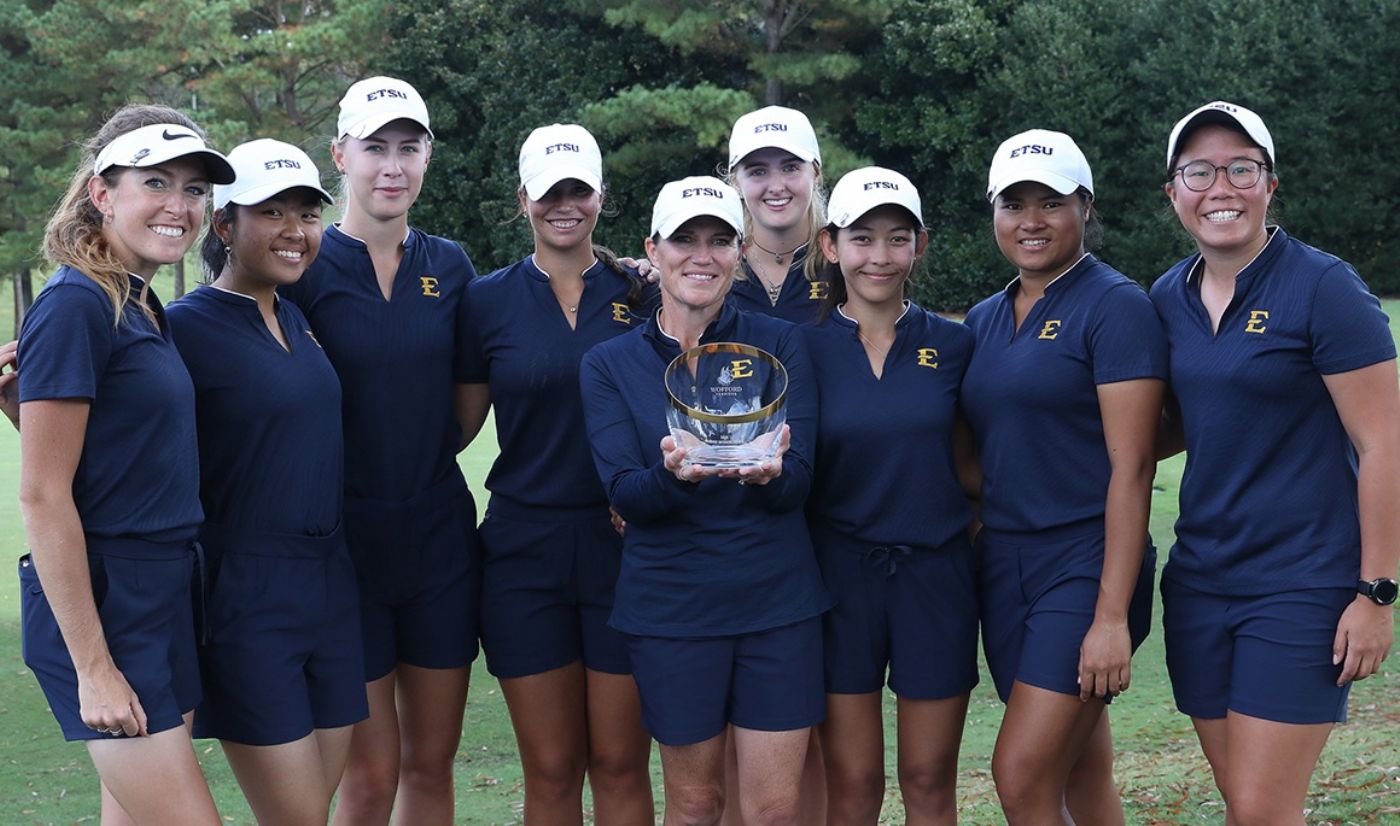 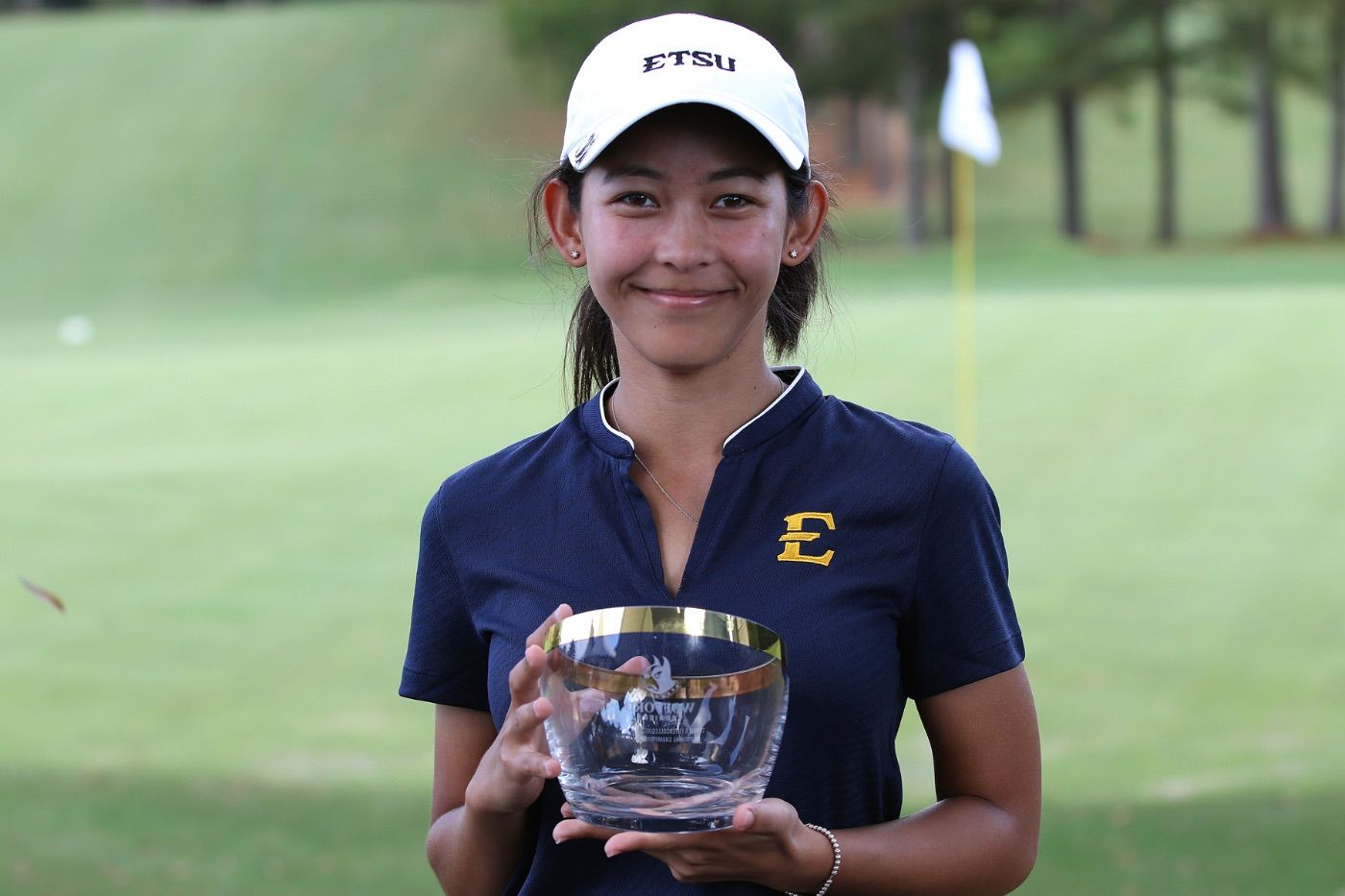 With the spring season cancelled and the start of the fall campaign delayed, the Buccaneers made the most of their debut this week, as the Blue and Gold swept both the team and individual titles on Tuesday at the Terrier Intercollegiate.

As a team, ETSU won its first tournament since capturing the Web.com Intercollegiate in the spring of 2017, while senior Warda Amira Rawof (Kuala Lumpur, Malaysia) earned medalist honors for the first time of her collegiate career. The Bucs led wire-to-wire over the 54-hole tournament and cruised to a 12-shot win over in-state and Southern Conference rival Chattanooga as ETSU totaled a team score of 15-over-par 879 (292-290-297). All five of the Buccaneer golfers in their lineup finished in the top-10.

Tournament host Wofford placed third, while Appalachian State and The Citadel rounded out the field.

“This team has been playing impressive golf at home but this week was more impressive when it mattered,”  said head coach Stefanie Shelton, who has now led the Bucs to 15 tournament titles as ETSU head coach. “They played hard until the end and really stayed present. I am super proud of all of the great individual finishes as well as for Warda, as she has had the goal of winning a tournament for a while. It's so rewarding seeing this happen for her!

"We owe a huge debt of gratitude to all those who made this possible for us and are very grateful to be given the opportunity to compete in these two fall tournaments.”

Rawof entered the day one shot back of the leader and teammate Tereza Melecka (Belcovice, Czech Republic), and she quickly zoned in by carding a birdie on the par-5, 498-yard opening hole. From there, Rawof captured the lead and rattled off five straight pars before ending the front nine with bogey-birdie-bogey. At the turn, the Buccaneer senior was sitting one shot back of leader Dorota Zalewska from Chattanooga, and Rawof eventually dropped two shots off the pace after bogeying two of her first three holes on the back nine. However, things quickly shifted as Rawof made a two-shot swing with a birdie on the par-4, 13th, while Zalewska – who started the round on the back nine – posted a bogey on the par-4, No. 4. From there it was see-saw affair atop the leaderboard as Rawof held the outright lead for a few minutes following Zalewska’s bogey on the par-3, No. 6, but she then pulled back even with a birdie on the par-4, No. 7. Rawof then sat all alone atop the leaderboard following another bogey from Zalewska on the par-3, No. 8, but the ETSU senior carded a bogey on the 54th hole to force the tie at 3-over-par 219 (72-73-74). For the tournament, Rawof collected 33 pars and tallied nine birdies, while also leading the field in par-3 scoring (2.92).

“We are grateful to be able to compete during this difficult time and I’m happy to come home with two wins,” said Rawof. “Go Bucs!”

Senior Kornbongkoat Sararat (Nongkhai, Thailand) registered her second straight top-10 showing as she moved into a tie for sixth at 8-over-par 224. Sararat, who finished third at the River Landing Classic last spring, was playing as an individual and posted back-to-back rounds of 1-over 73. Freshman Elle Willis also played as an individual and finished tied for 18th (+15) in her collegiate debut.

The Bucs wrap up their shortened fall season on Nov. 9-10 as ETSU heads to Georgia for the Mercer Invitational.