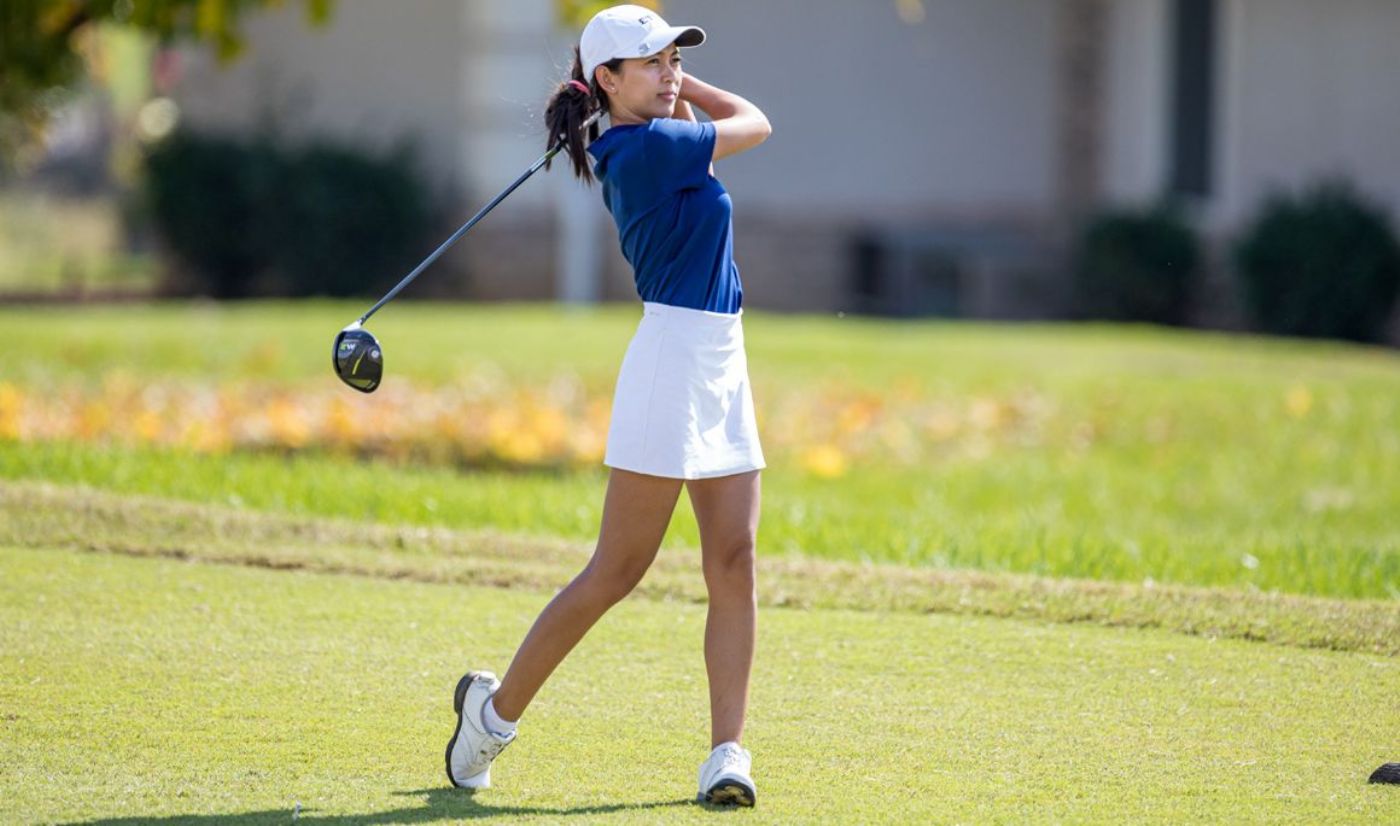 Rawof, Melecka finish strong to propel Bucs atop the leaderboard

KIAWAH ISLAND, S.C. (Feb. 28, 2021) – Playing in the largest tournament of the season, the ETSU women’s golf team will be the hunted heading into Monday’s second round at the Kiawah Island Classic.

With four Buccaneers in the top-15, ETSU was the only program in the 41-team field to post a score below par as the Blue and Gold finished with a 2-under-par 286 in Sunday’s opening round from the Cougar Point Golf Course.

The tournament, which is being held at two different courses, saw the top eight teams post the lowest scores at Cougar Point, including Dallas Baptist, who sits in second-place at 4-over-par 292. Murray State (+5), Northern Illinois (+6) and Stetson (+8) capped off the top-five, while UNC Asheville posted the lowest score at Oak Point Golf Club with a 16-over-par 304.

The Bucs will play the Oak Point course on Monday.

“The ladies played solid golf today,” said head coach Stefanie Shelton. “We trusted our course management plan and were patient on the greens. We look forward to the challenge of Oak Point tomorrow.”

The Bucs caught fire down the stretch as their five golfers registered eight birdies over the final five holes. Senior Warda Amira Rawof (Kuala Lumpur, Malaysia) led the Blue and Gold on Sunday as she carded three straight birdies from No. 15-17, to finish tied for fourth at 2-under-par 70. Meanwhile, fellow senior leader Tereza Melecka (Belcovice, Czech Republic) played her last five holes at two-under en route to posting a 1-under 71, placing her tied for sixth.

Freshman Grace Chin started strong as she was two-under through her first five holes, and again, following another birdie on No. 13 and No. 17, but she ended with a double-bogey on the par-4, 357-yard 18th to finish at even-par 72, which puts her tied for 11th. Graduate transfer Julia Goodson (Hudson, Ohio) capped off the Bucs in the top-15 as she parred her final nine holes to post a 1-over 73. Chin’s five birdies were tied for the most in round one, along  with Goodson’s 15 pars.

The entire 210-player field is chasing Dallas Baptist’s Faith DeLaGarza as she fired a 5-under 67 in round one. DeLaGarza takes a two-shot lead into Monday as Towson’s Jordan Cornelius and Murray State’s Raeysha Surendran are tied for second at 3-under 69.

Monday’s second round gets underway at 7:30 a.m. The Bucs go out at 8 a.m. and will be paired with host College of Charleston and Oral Roberts.

Live scoring for the tournament will be featured on Golfstat.com.

Updates will also be posted on Twitter at @ETSUWomensGolf, while recaps will be posted on  ETSUBucs.com at the conclusion of each day.