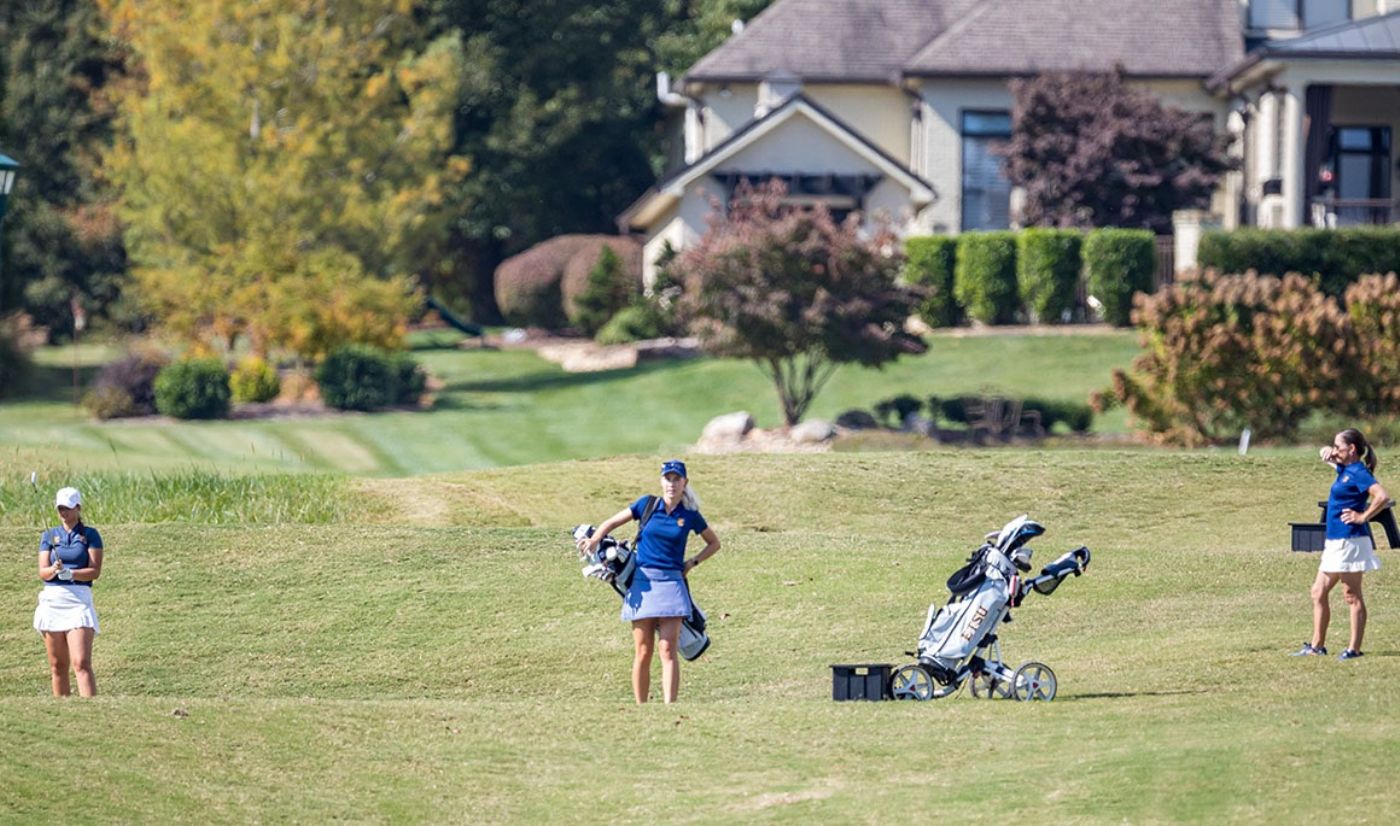 KIAWAH ISLAND, S.C. (March 1, 2021) – After waking up the first round leader at the Kiawah Island Classic, the ETSU women’s golf team moved into third-place as second round play concluded on Monday afternoon from the Oak Point and Cougar Point Golf Courses.

The Bucs, who were the only team in the 41-team field to post a team score below par on Sunday, registered a 16-over 304, dropping them two spots down the leaderboard at 14-over-par 590.

Dallas Baptist, the only team to shoot below par in round two, moved into first-place at 7-under-par 569. The Patriots fired an 11-under 277 on Monday and enter Tuesday’s final round with an 18-shot lead over second-place Northern Illinois. The Huskies carded a 5-over-par 293 in round two and are at 11-over-par 587 for the tournament.

Rawof had an up-and-down day as she recorded a 2-over 74, moving into a tie for sixth at even-par 144. Melecka dropped into a tie for 15th after finishing with a 3-over 75, putting her at 2-over-par 146 for the tournament.

Murray State’s Raeysha Surendran jumped Dallas Baptist’s Faith DeLaGarza for the individual lead. Surendran fired a 4-under 68 in Monday’s second round, which moved her to 7-under-par 137. DeLaGarza went 1-over 73 in round two and is three strokes back at 4-under-par 140. A group of three golfers are tied for third at 1-under-par 143.

Tuesday’s final round gets underway at 7:30 a.m.

Live scoring for the tournament will be featured on Golfstat.com. Updates will also be posted on Twitter at @ETSUWomensGolf, while recaps will be posted on  ETSUBucs.com at the conclusion of each day.