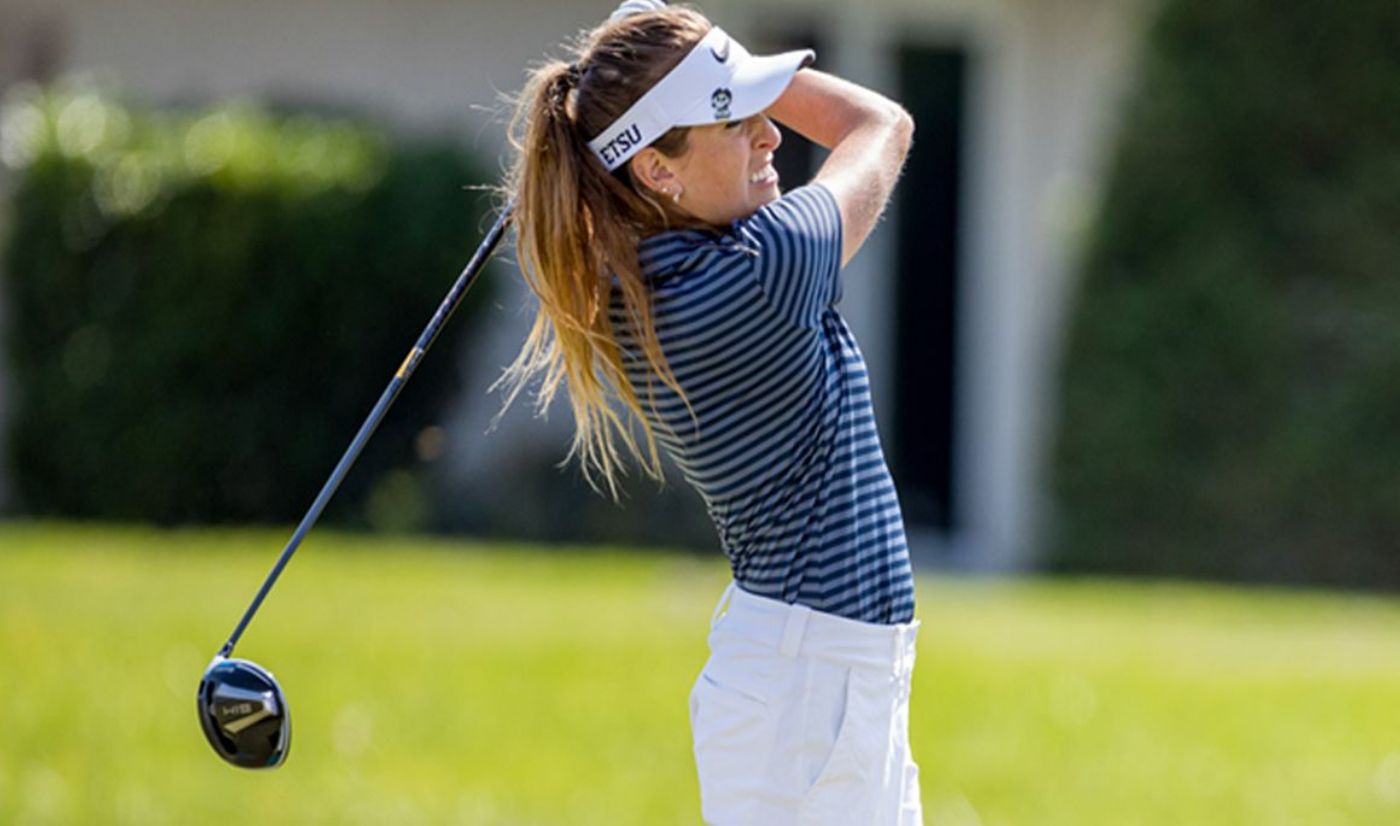 Bucs set single round program record with a 10-under in round two; ETSU also sets team 54-hole score at 10-under-par 854

WALLACE, N.C. (March 9, 2021) – Tereza Melecka and Julia Goodson both posted top-10 finishes to help guide the ETSU women’s golf team – who set two program records in the tournament – to a third-place showing at the River Landing Classic, which concluded play on Tuesday from the Landing Course in Wallace, N.C.

Melecka, who fired a 5-under in second round play that was completed on Tuesday morning, shot a 2-under 70 in the final round en route to finishing tied for fourth at 8-under-par 208. For the tournament, Melecka led the 72-player field in par-5 scoring with a 4.33 average, while her nine birdies were tied for the third-most over the 54-hole tournament. Overall, this marked Melecka’s fifth collegiate top-five finish and first of the season.

Goodson recorded her second top-10 finish this season as she placed tied for ninth. The Buccaneer grad transfer played the final 36 holes at 5-under to finish with a tournament score of 2-under-par 214, marking the lowest 54-hole score of her collegiate career. Goodson tallied four birdies in today’s final round, including two over her last four holes.

The Bucs, who set a program record with their lowest round at 10-under 278 in round two, placed third at 10-under-par 854 - which was also a new 54-hole school record. The Blue and Gold shot 3-under 285 in the final round and just missed catching Coastal Carolina for runner-up as the Chanticleers totaled an 11-under-par 853. ETSU led the 13-team field in par-5 scoring at 10-under, while they totaled the most birdies with 29.

Warda Amira Rawof and Grace Chin both tied for 16th at 2-over-par 218, while Blanca Porta placed 21st at 3-over-par 219. Chin registered her lowest collegiate round on Tuesday thanks to bagging five birdies en route to firing a 2-under 70 in round three.

After three straight weeks of competition, the Bucs return to action on Monday, March 22 when ETSU heads to Atlanta for the Pinetree Women’s Collegiate.