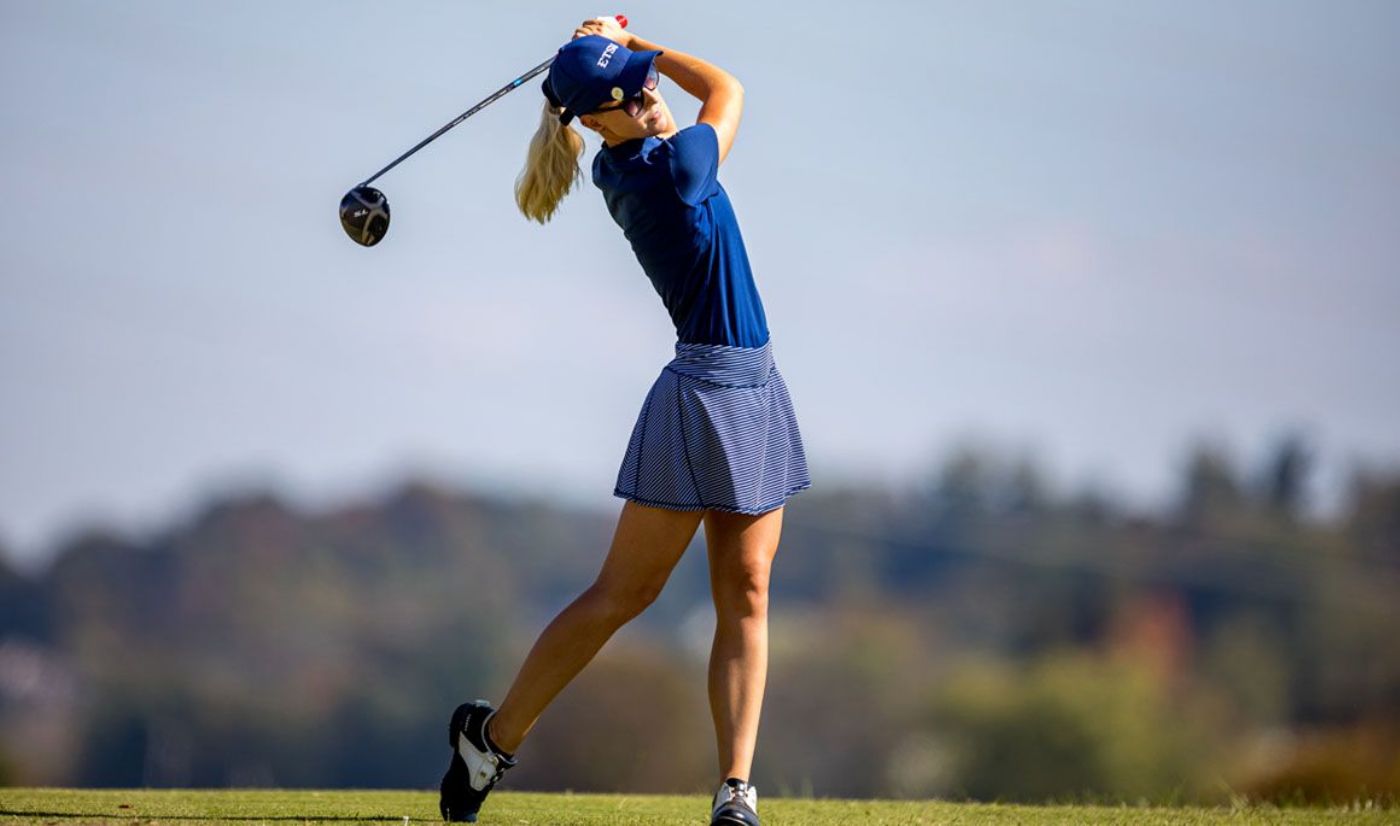 Melecka, who put together back-to-back rounds of par or better, is tied for fourth at 1-under-par 143. The Buccaneer leader started the morning with an even-par 72 in round one, while she followed that up with one birdie and 17 pars in afternoon for her 71. Melecka totaled 29 pars in Monday’s 36 holes, tying for the most in the 62-player field.

Melecka enters Tuesday’s final round four shots off the lead as Florida State’s Beatrice Wallin – the second-ranked golfer via Golfstat – is at 5-under-par 139. Following a 74 in round one, Wallin went low in round two as she registered a 7-under 65, moving eight spots up the leaderboard. Wallin takes a two-stroke lead into the final round as Kennesaw State’s Bella Kil is in second-place at 3-under-par 141 and teammate Tori Owens is third at 2-under-par 142.

As a team, the Bucs are in third place at 15-over-par 591, while fifth-ranked Florida State leads the 10-team field at even-par 576. Kennesaw State remained in second-place at 5-over-par 581. Both the Seminoles and Owls were the only teams in round two to score below par (-4).

ETSU leads Mercer by eight shots and Chattanooga by 12 entering the final round. The Bucs played the par-5s at 1-under-par, tying for the second-lowest score on the day, while their 123 pars were the second-most in the field.

Julia Goodson (Hudson, Ohio), coming off her best collegiate performance last time out at the River Landing Classic, is tied for 16th at 5-over-par 149, while senior Warda Amira Rawof (Kuala Lumpur, Malaysia) is one shot back in 20th.