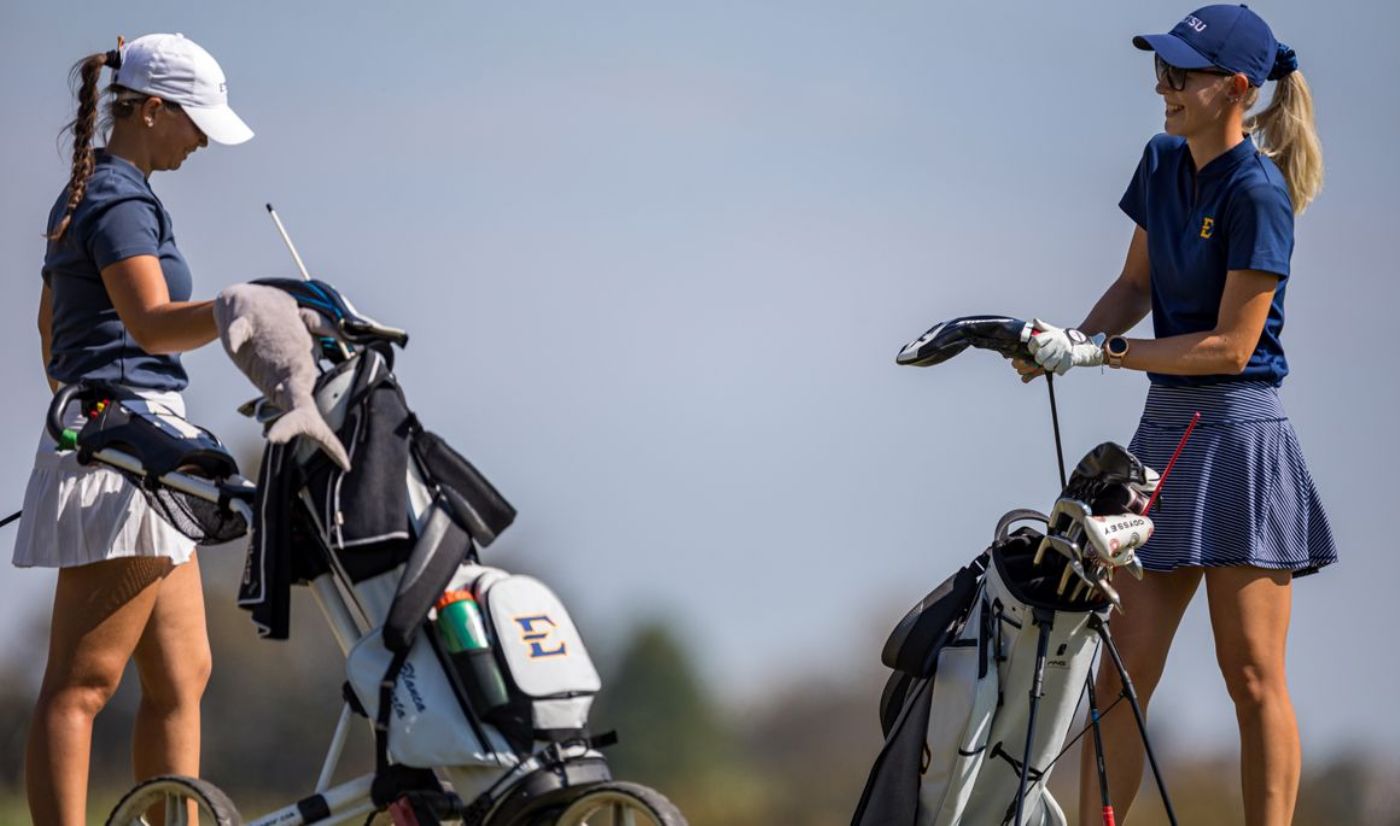 CHATTANOOGA, Tenn. (March 29, 2021) – Highlighted by the stellar play of senior Tereza Melecka (Belcovice, Czech Republic), ETSU women’s golf holds both the team and individual lead following the first two rounds of the Chattanooga Classic, which got underway Monday from the Black Creek Club.

Melecka, coming off back-to-back top-five finishes, used a strong start to propel her way up the leaderboard at 4-under-par 140. The Buccaneer leader fired a 4-under 68 in round one after collecting five birdies – three straight between holes 7, 8 and 9 – while ending with another birdie on the par-5, 506-yard 18th. In round two, Melecka, who is looking for her fourth career win, played the back nine at 1-under to finish with the 72.

Melecka carries a one-shot lead into Tuesday’s final round as Chattanooga’s Esme Hamilton is in second at 3-under-par 141 and Iowa’s Morgan Goldstein is in third at 2-under-par 142. The trio are the only golfers to be below par in the 71-player field.

Like Melecka, ETSU got off to a quick start as they shot a 6-over 294 in round one to take command of the leaderboard. The Blue and Gold had a six-shot lead entering round two, but lost two strokes in the nightcap as the Bucs hold a four-stroke margin after 36 holes at 14-over-par 590. ETSU, who shot an 8-over 296 in round two, saw Iowa make a move as they carded a 3-under 285, jumping six spots into second-place at 18-over-par 594. Chattanooga sits in third-place at 19-over-par 595, while James Madison (+20) and Georgia Southern (+28) round out the top five teams.

Warda Amira Rawof and Grace Chin are tied for 13th  at 7-over-par 151, while Blanca Porta is tied for 19th at 9-over-par 153. Rawof and Melecka tied for the team lead with seven birdies, but Rawof’s 17 pars were the lowest among the five Buccaneer golfers.

Tuesday’s final round begins at 8 a.m.

Live scoring can be accessed via Golfstat.com. Updates will also be posted on Twitter at @ETSUWomensGolf, while recaps will be posted on  ETSUBucs.com at the conclusion of each day.