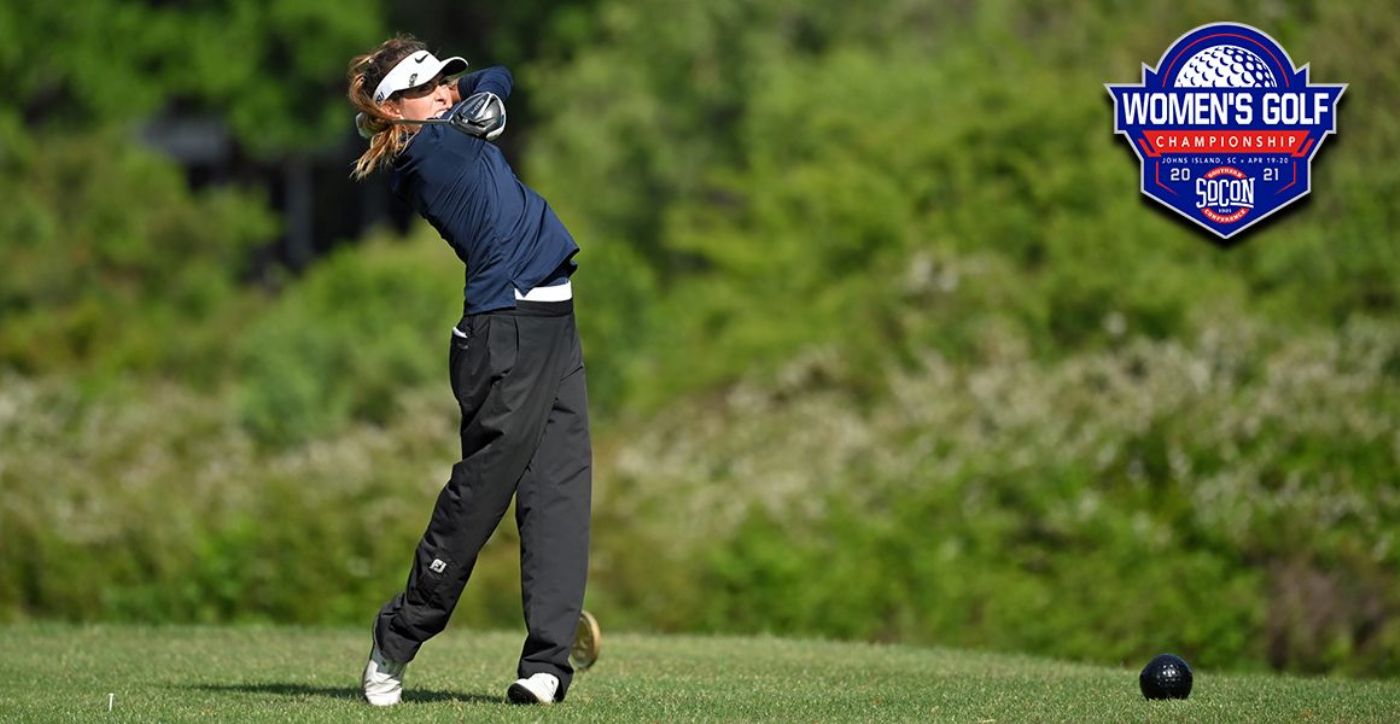 With four Buccaneers sitting in the top-11 on the individual leaderboard, the ETSU women’s golf team holds a three-shot lead following day one of the Southern Conference Championship, which got underway Monday from the Oak Point Golf Club in Kiawah Island, S.C.

The Bucs, who are eyeing their first SoCon Championship, posted a team score of 8-over-par 584, while graduate transfer Julia Goodson (Hudson, Ohio) and senior Tereza Melecka (Belcovice, Czech Republic) paced the Blue and Gold. The Buccaneer duo practically flipped the script from round one to round two, as Melecka fired a 1-under 71 in the opener, before finishing with a 3-over 75 in the nightcap, placing her sixth at 2-over-par 146. Meanwhile, Goodson carded a 75 in round one before registering a flawless second round score of 2-under 70, putting her tied for third at 1-over-par 145.

Melecka shook off a discouraging start as she was three-over thru her first 11 holes by totaling four birdies over her final seven holes en route to posting the 71. However, Melecka was only able to generate one birdie in round two, to go with 13 pars and four bogeys, resulting in her 75. In round one, Goodson played the front nine at one-over before suffering back-to-back bogeys following the turn, but she ended with seven consecutive pars to finish with the 75. Goodson carried the late-round momentum into the second where she collected two birdies and 16 pars, tying for her second-lowest round of the season.

Goodson bagged 27 pars and four birdies in her 36 holes on Monday, while Melecka – who dominated the par-5s – collected 24 pars and a team-leading five birdies. Melecka played the par-5s at three-under, marking the third-lowest average among the 45-player field.

Furman’s Sarah-Eve Rheaume sits atop the individual leaderboard at 6-under-par 138. Samford’s Bailey Dunstan is six shots back in second, while Goodson is one of three players seven strokes off the pace in a tie for third.

After two rounds of play, ETSU leads the field with 25 birdies, while the Blue and Gold are one of three schools to record an eagle – courtesy of freshman Grace Chin (Kuala Lumpur, Malaysia) carding a three on the par-5, 460-yard No. 4 in round two. Chin and senior Warda Amira Rawof (Kuala Lumpur, Malaysia) both went 75-73 and are tied for 11th at 4-over-par 148.

Grad transfer Blanca Porta (Zaragoza, Spain) gave the Bucs a huge boost in round two as she overcame an 8-over 80 in the opener by posting an even-par 72, moving her 11 spots up the leaderboard into a tie for 21st.

Tuesday’s final round gets underway at 8 a.m., while ETSU goes out at 8:50. The Bucs will be grouped with Samford and five-time reigning champion Furman.

Live scoring of the tournament is available via Golfstat.com. Updates will also be posted on Twitter at @ETSUWomensGolf, while a recap will be posted on ETSUBucs.com at the conclusion of Tuesday’s round.