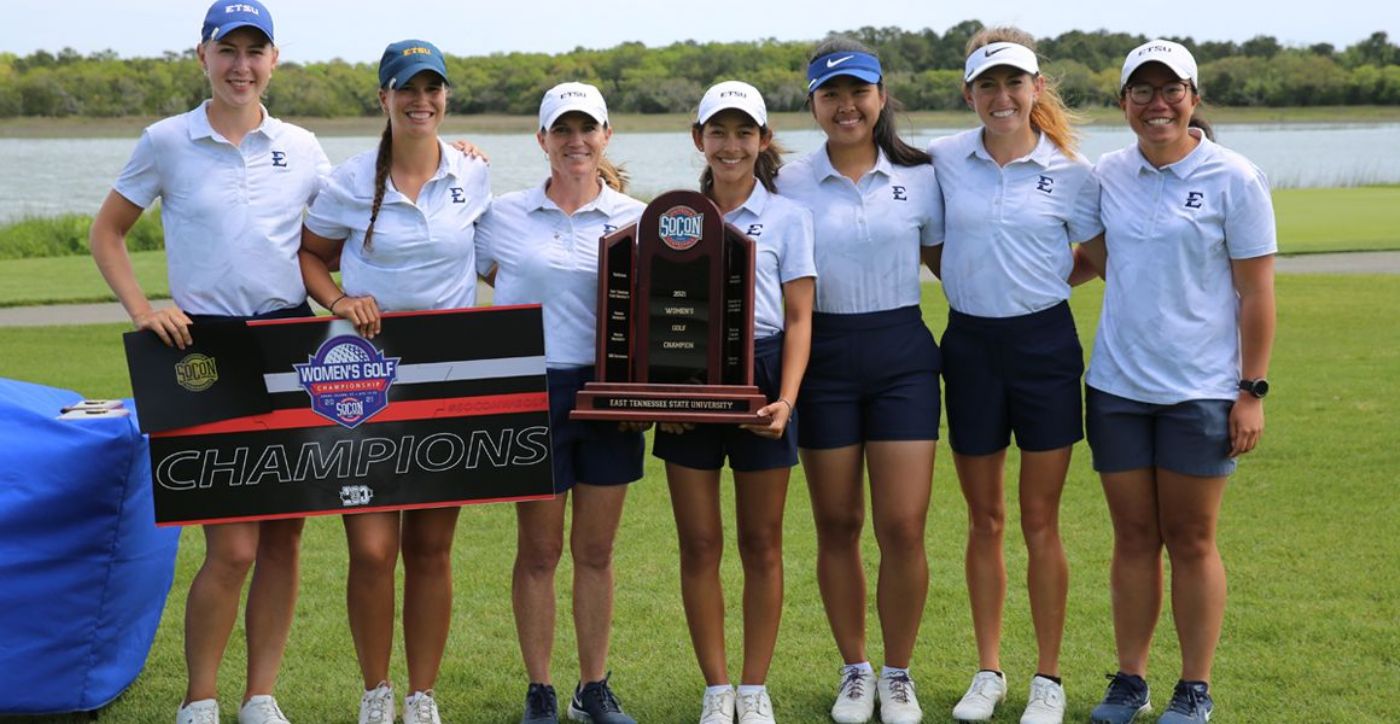 BATON ROUGE, La. (May 12, 2021) – Due to the large amount of rain that hit Louisiana this week, the ETSU women’s golf team was unable to tee off at the Baton Rouge Regional as the NCAA Rules Committee announced the cancellation of the postseason tournament on Wednesday.

The Bucs, who were set to make their fifth NCAA Regional appearance in program history, secured the Southern Conference’s automatic bid after winning the conference championship back in April.

ETSU, led by SoCon Player of the Year Tereza Melecka (Belcovice, Czech Republic), was looking to guide the Blue and Gold to their first-ever NCAA Championship appearance. Unfortunately, after all three days of the Baton Rouge Regional were cancelled, the top six seeded teams and top three individuals in the region were given the free pass to the National Championships without picking up a club this week. The six teams that advanced out of the regional were: LSU, Ole Miss, Baylor, Oregon, Maryland and Alabama, while the three individuals were Karen Fredgaard (Houston), Nataliya Guseva (Miami) and Hanna Alberto (Sam Houston).

Below is the statement from the NCAA regarding the cancellation of this week’s regional.

Committee policy states that since play could not take place Wednesday, advancement will be determined by the original seeding of teams used for selection to the 2021 championship, with the top six teams and top three individuals, not on an advancing team,  going to the national championships.

The Bucs finished the season winning their last two tournaments and placing in the top-three in their last five outings. Overall, ETSU won a program-record three tournaments this season, while Melecka and Warda Amira Rawof (Kuala Lumpur, Malaysia) both earned medalist honors this year. Melecka, Rawof and Julia Goodson (Hudson, Ohio) all earned all-SoCon honors, while Grace Chin (Kuala Lumpur, Malaysia) landed a spot on the all-freshman team. Coach Stefanie Shelton was named SoCon Coach of the Year for the second time of her career and it was the sixth Coach of the Year honor during her tenure.