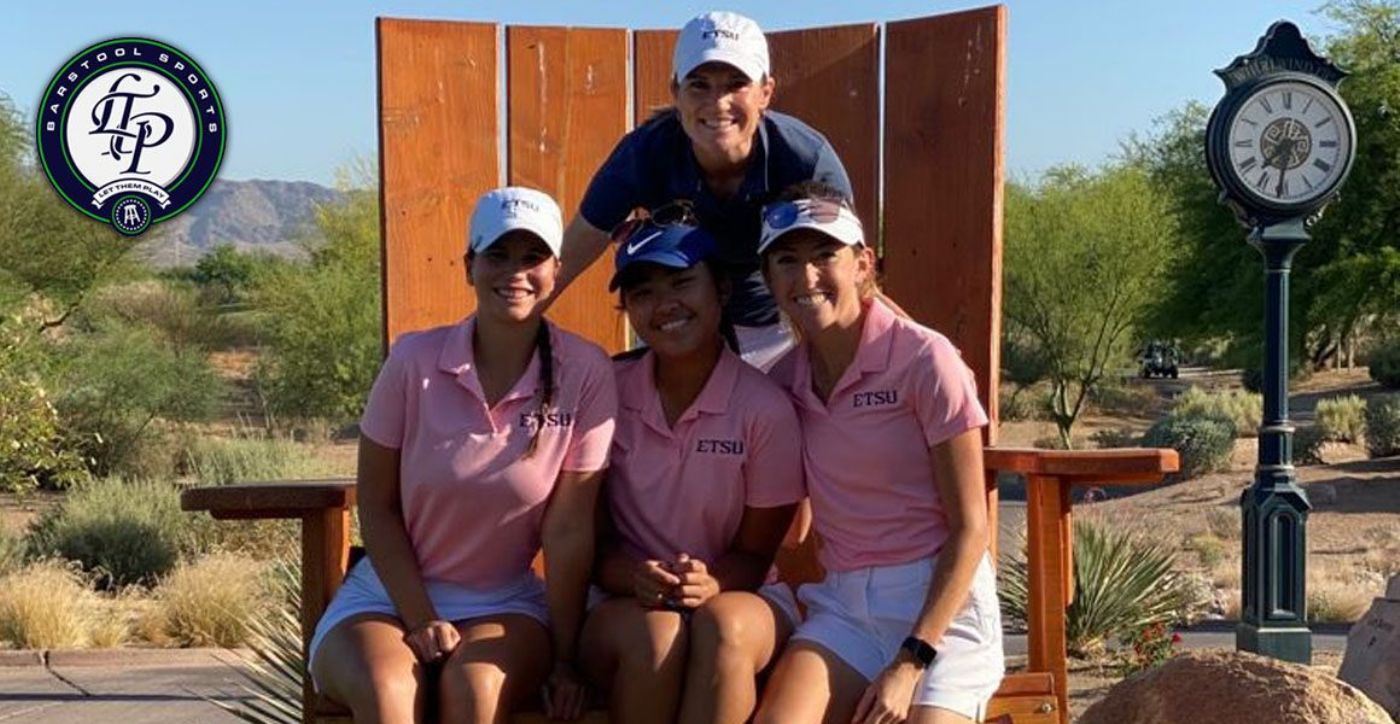 CHANDLER, Ariz. (May 20, 2021) – With the first 36 holes in the books, the ETSU women’s golf team completed first and second round play of the Let Them Play Classic on Thursday from The Cattail and Devil’s Claw Courses at the Whirlwind Golf Club.

Three Buccaneers made the trip out west for their final tournament of the season after last week’s Baton Rouge Regional was cancelled due to inclement weather. After Barstool Sports stepped up to give the teams who didn’t advance to the NCAA Championships, Julia Goodson (Hudson, Ohio), Grace Chin (Kuala Lumpur, Malaysia) and Blanca Porta (Zaragoza, Spain) made the trip to the desert for this special season-ending event.

Houston’s Ariana Saenz sits atop the individual leaderboard at 8-under-par 136, while North Texas – the 36-hole team leader – holds the second and third-place positions. Lauren Cox is two shots off the lead at 6-under-par 138 and teammate Audrey Tan is at 5-under-par 139.

The Mean Green registered back-to-back rounds of 5-under 211 to hold a seven-shot advantage at 10-under-par 422. Houston and Purdue are tied for second at 3-under-par 429 and Mississippi State is in fourth at 1-over-par 433.

Friday’s final round gets underway at Noon ET.

Live scoring for the tournament is available via Golfstat.