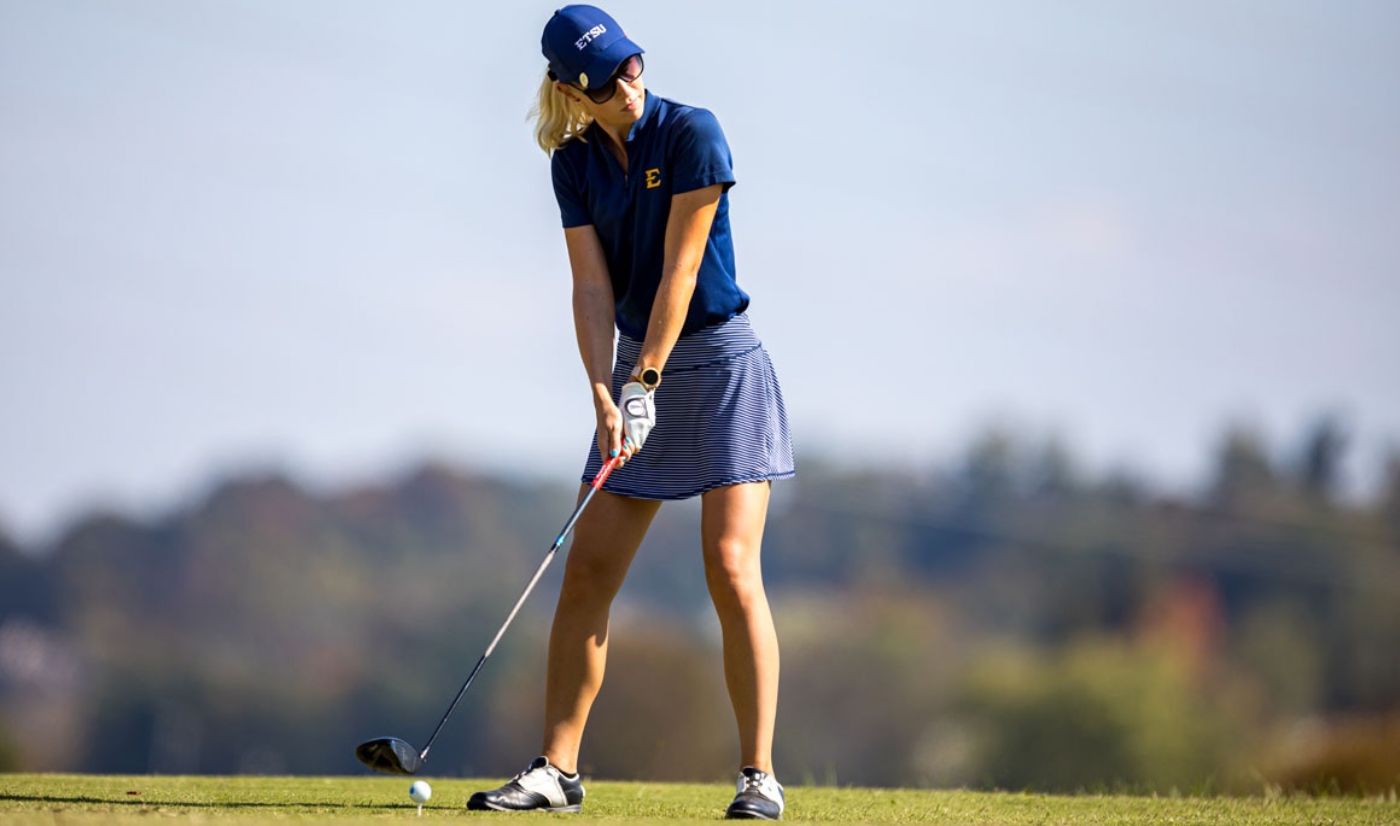 WOLCOTT, Colo. (Sept. 27, 2021) – Highlighted by 20 birdies and three Buccaneers carding rounds below par, the ETSU women’s golf team got off to a strong start following Monday’s opening round of the Golfweek Red Sky Classic.

The 41st-ranked Bucs are tied for the lead after firing a 9-under-par 279, which was one stroke shy of tying the single-round program record, set last season at the River Landing Classic. ETSU dominated the par-3 and par-5s as they combined to play the holes at 13-under-par. The Bucs played the par-3s at 7-under to lead the 20-team field in the statistical category.

Senior Tereza Melecka (Belcovice, Czech Republic), who is eyeing her fifth collegiate win, paced the Blue and Gold after posting a 5-under-par 67, marking the second-lowest round of her Buccaneer career. Melecka accounted for seven of the Bucs’ birdies, which were tied for the second-most among the 105-player field. The reigning Southern Conference Player of the Year started the round on the back nine where she posted three birdies and six pars, while moving to six-under following four birdies over a five-hole stretch on the front nine. Melecka missed tying her lowest collegiate score after posting a bogey on the par-4, 335-yard No. 8.

Melecka is tied for tied third and one shot off the lead. BYU’s Kerstin Fotu and Denver’s Anna Catherine Krekling are tied atop the leaderboard at 6-under-par 66.

Melecka and Hasegawa both played the par-3s at 2-under-par, tying for the second-lowest total in round one. Hasegawa was one of 13 golfers to register an eagle as she walked away with a four on the par-5, 513-yard No. 18. Northern Arizona’s Eliska Kocourkova posted a hole-in-one on the par-3, 132-yard No. 3.

The Bucs are grouped with Northern Arizona, BYU and Central Arkansas in Tuesday’s second round. ETSU tees off from No. 1 starting at 1:30 p.m. ET.