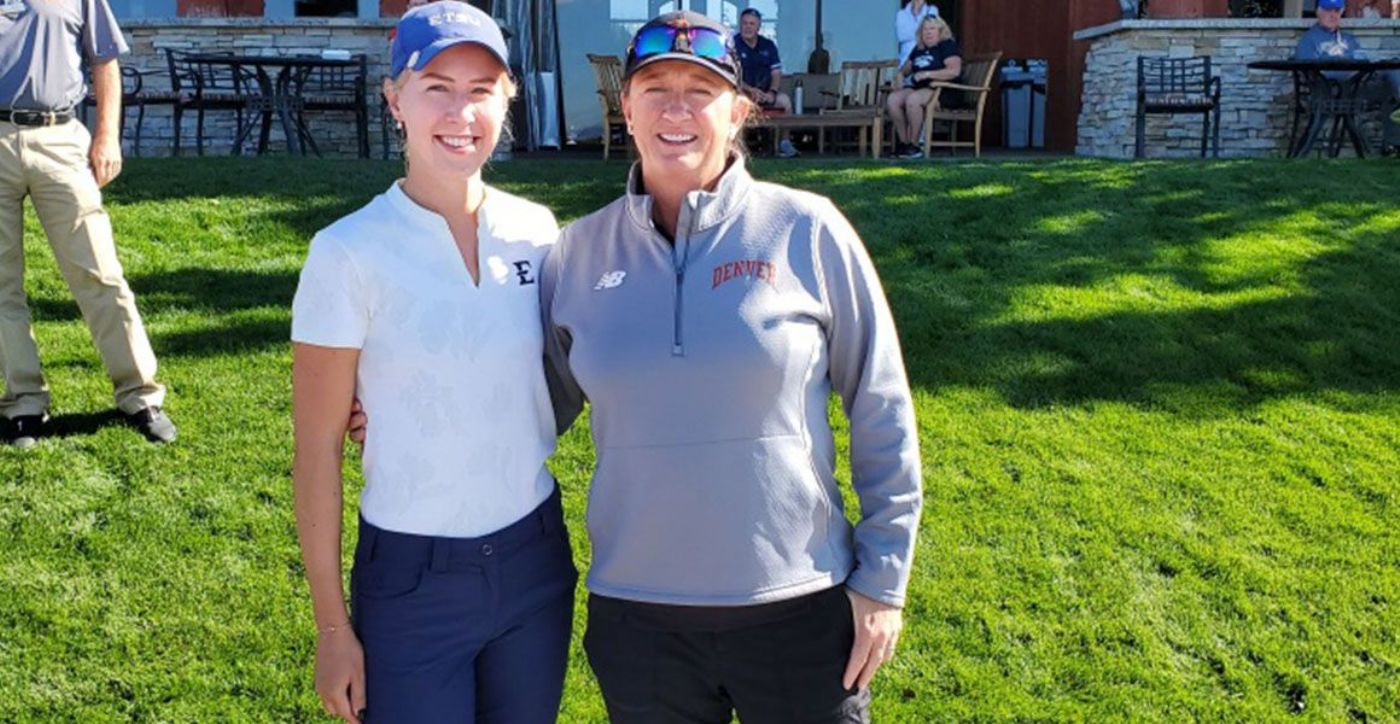 HIGHLANDS RANCH, Colo. (Oct. 10, 2021) – For the first time this season and fifth of her career, senior Tereza Melecka (Belcovice, Czech Republic) won a collegiate tournament in the Blue and Gold.

Melecka, who entered Sunday’s final round at the Ron Moore Intercollegiate tied for the lead, fired a 4-under 68 en route to cruising to a five-shot win with a 54-hole score of 9-under-par 207. Six of Melecka’s tournament-leading 17 birdies were registered on the final day, including a four-hole stretch where she bagged three to break away from the field. The reigning Southern Conference Player of the Year led the field in par-3 scoring with an average of 2.67, while posting a 3.97 average on the par-4s.

This marks the fourth time in five seasons Melecka has earned a win as a Buccaneer, while she has finished in the top-five in six of her last seven tournaments and has two wins in her last five outings.

As a team, No. 36 ETSU began the day with a four-shot lead over Cal Poly, but couldn’t hold on for the victory as the Bucs finished second at 7-under-par 857. The Blue and Gold totaled a 2-over 290 on Sunday, while Cal Poly went low for the second straight day at 10-under 270 to capture the eight-stroke win at 15-under-par 849.

ETSU and Cal Poly were the only two teams in the 15-team field to finish below par on the weekend. San Francisco placed third at 1-over-par 865, while host Denver and Grand Canyon tied for fourth at 2-over-par 866.

Freshman Sera Hasegawa (Gifu, Japan) was one of five golfers to finish runner-up at 4-under-par 212. Hasegawa shot a 2-under 70 on Sunday to record her second straight top-three finish of her young career.

The Bucs wrap up their fall season, which features one win and this runner-up finish, on Nov. 1 when ETSU heads to Greensboro, N.C. for the Grandover Fall Classic.