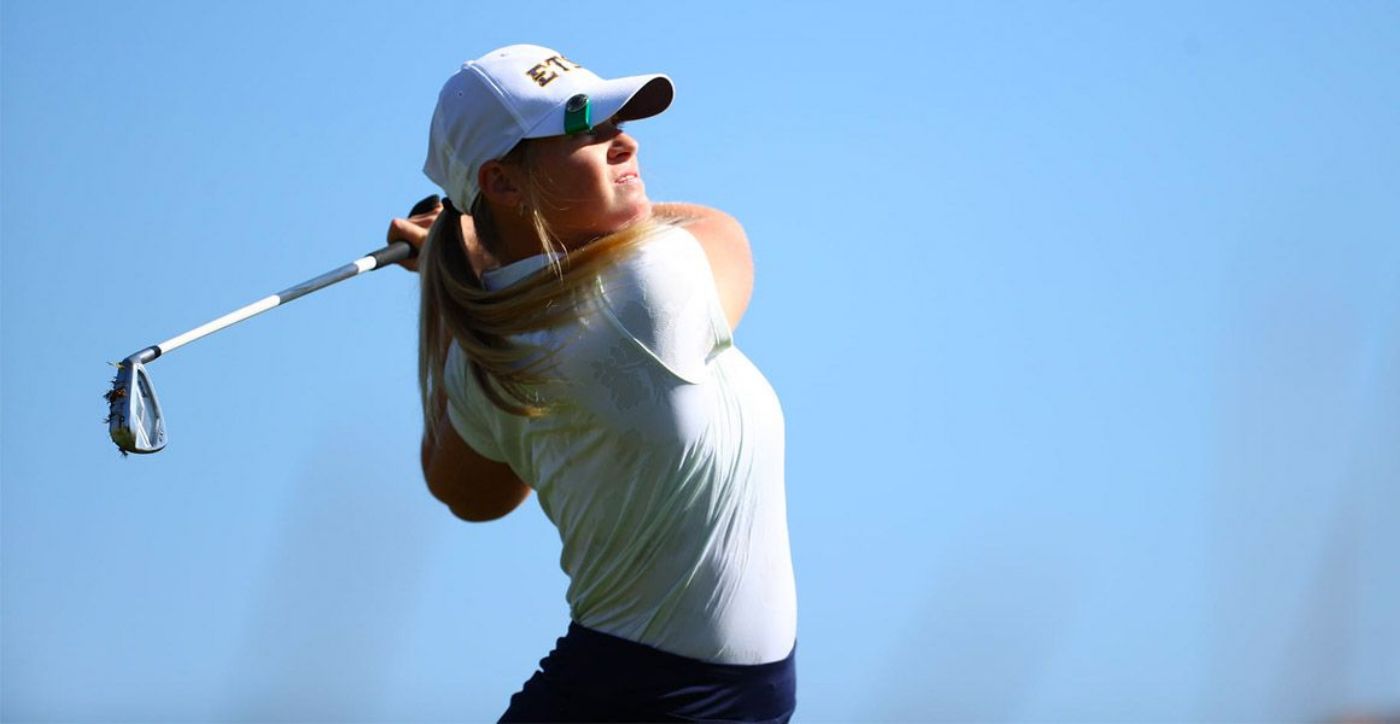 Thanks to the Bucs holding the top three spots on the individual leaderboard, ETSU carries a 20-shot lead into Tuesday’s final round in Greensboro, N.C. The 42nd ranked Bucs are at 12-over-par 588 following the first two rounds, while South Dakota (+32) and Towson (+36) are the nearest competitors.

Crafton is the individual leader thanks to a strong finish on Monday. The Buccaneer freshman holds a one-shot lead over Hollie Muse (Liverpool, England) and a two-stroke advantage over Tereza Melecka (Belcovice, Czech Republic). Crafton played the final 11 holes of the second round at six-under, which included the eagle on her final hole of the day, jumping four spots up the leaderboard to take the outright lead. Crafton, who boasted the best scoring average on par-4s (4.00), is at even-par 144 (74-70) following 36 holes of play.

Muse posted rounds of 72-73 to sit at 1-over-par 145, while Melecka – who is eyeing her second straight win – is at 2-over-par 146. Melecka got off to a blazing start with three straight birdies to start the opening round, but she cooled off and finished with a 74 in the opener. The reigning SoCon Golfer of the Year posted a an even-par 72 in the afternoon to move two spots up the board. Melecka (4.50) and Muse (4.63) generated the top two scoring averages on the par-5s Monday.

Grace Chin (Kuala Lumpur, Malaysia) is tied for 13th at 9-over-par 153 and freshman Sera Hasegawa (Gifu, Japan) withdrew from the tournament after carding a 6-over 78 in round one.

Tuesday’s final round gets underway with a shotgun start at 8:30 a.m. The Bucs are paired with South Dakota and Towson. Live scoring of the tournament will be featured on Golfstat.com, while Twitter updates will be available by following @ETSUWomensGolf.