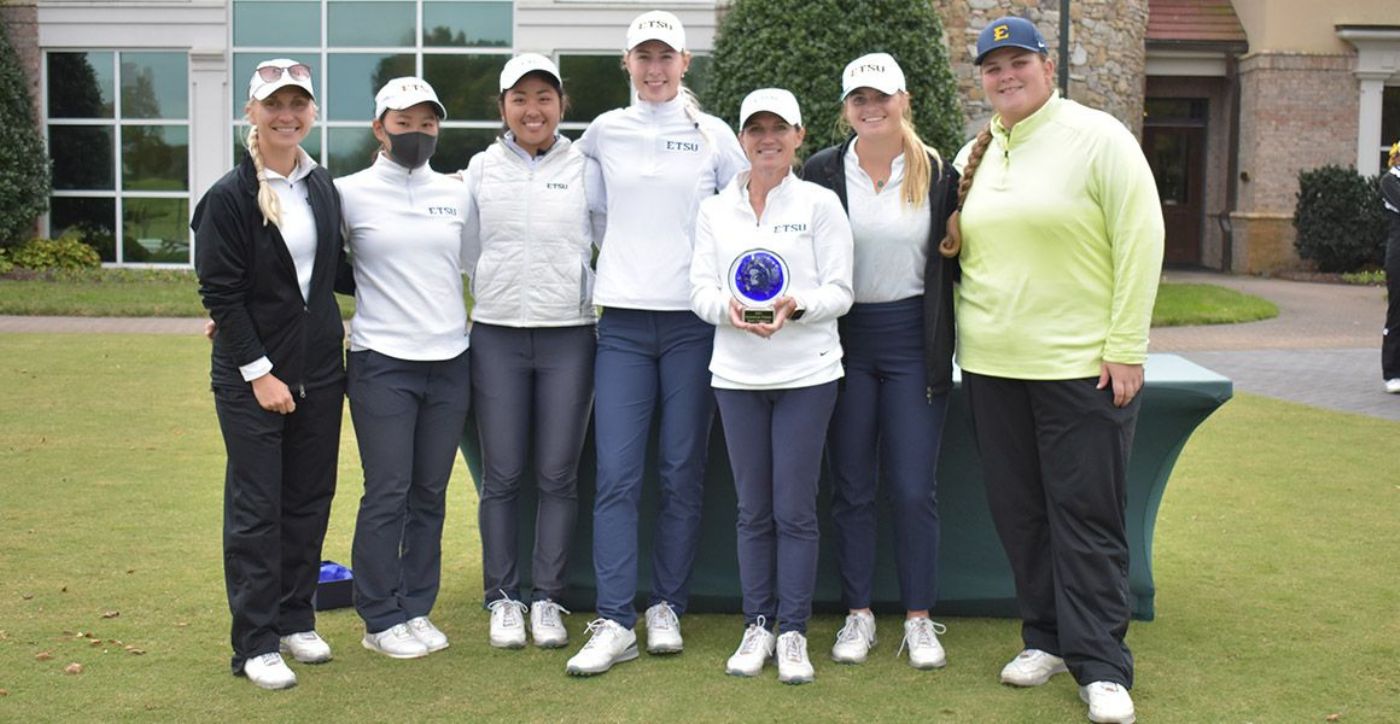 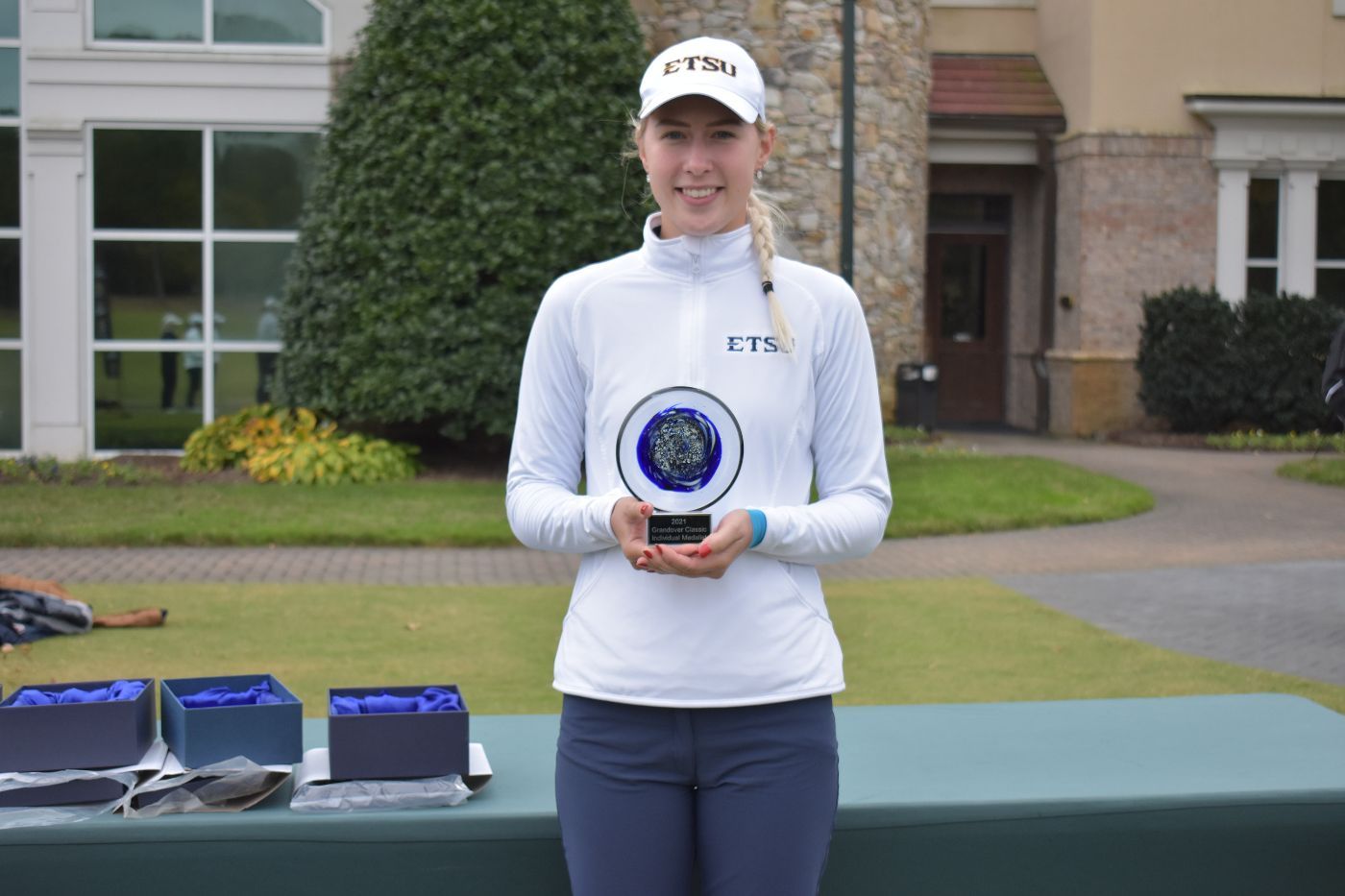 After building a 20-stroke lead through the first two rounds, the 42nd ranked Buccaneers were able to put it on cruise control as the Blue and Gold ended the fall season by sweeping both the team and individual titles at the Grandover Fall Classic, which ended Tuesday afternoon at the Grandover Country Club.

ETSU registered its second win of the fall campaign, while senior leader Tereza Melecka (Belcovice, Czech Republic) rallied to post her sixth collegiate victory. The Bucs won by 30 strokes as ETSU finished with a team score of 20-over-par 884 (296-292-296), marking their fifth win in the last 12 tournaments played. South Dakota earned runner-up honors finishing at 50-over-par 914 and William & Mary was third at 57-over-par 921.

The Blue and Gold finished the fall season with two wins and a runner-up finish in four outings.

Melecka entered the day two shots off the lead and was just one of three golfers to shoot below par on Tuesday as she went low with a 4-under 68. The reigning Southern Conference Player of the Year was the lone golfer in the 71-player field to finish below par for the 54-hole tournament as she carded a 2-under-par 214 (74-72-68). For the tournament, Melecka tied for the lead with 12 birdies and led all players in par-5 scoring with a 4.50 average. The Buccaneer leader was also second in par-3 scoring at 2.92.

With the win, Melecka made it back-to-back tournaments with medalist honors, and she has finished in the top-five in seven of her last eight tournaments, including three wins in the last five.

The Bucs will now prep for the 2022 spring season which gets underway Friday, Feb. 18 at the Reynolds Invitational in Lake Oconee, Ga.