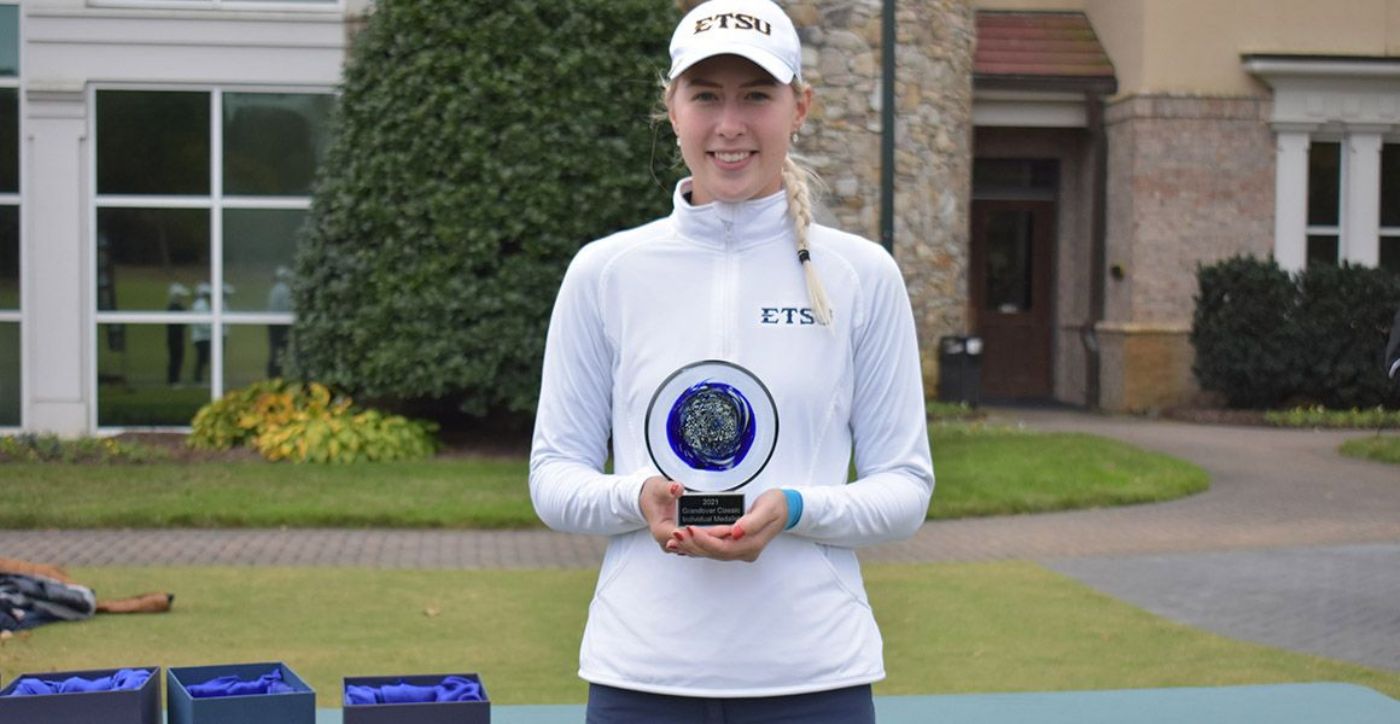 SPARTANBURG, S.C. (Nov. 3, 2021) – A day after sweeping the team and individual titles at the Grandover Fall Classic, ETSU’s Tereza Melecka (Belcovice, Czech Republic) swept a pair of Southern Conference Weekly awards. The Buccaneer leader was named SoCon Golfer of the Week and Student-Athlete of the Week on Wednesday.

Melecka earned her second straight win by capturing the title at the Grandover Fall Classic in Greensboro as she was the lone golfer in the 71-player field to score below par, finishing at 2-under-par 214. The reigning SoCon Golfer of the Year won by five strokes, while the Buccaneers captured a 30-shot win over South Dakota. The Blue and Gold totaled a three-round score of 20-over-par 884.

Melecka, who has won back-to-back tournaments, has finished in the top-five in seven of her last eight tournaments, including winning three of the last five. Tuesday’s win was the sixth of her collegiate career. Melecka tied for the lead in the tournament with 12 birdies and led all players in par-5 scoring with a 4.50 average.

Melecka has generated a 3.36 grade point average as she’s working towards her Master of Business Administration. This marks Melecka’s second Golfer of the Week honor this season and the fifth of her career. In addition, this is Melecka’s first career Student-Athlete of the Week honor.

The Bucs will now prep for the 2022 spring season which gets underway Friday, Feb. 18 at the Reynolds Invitational in Lake Oconee, Ga.