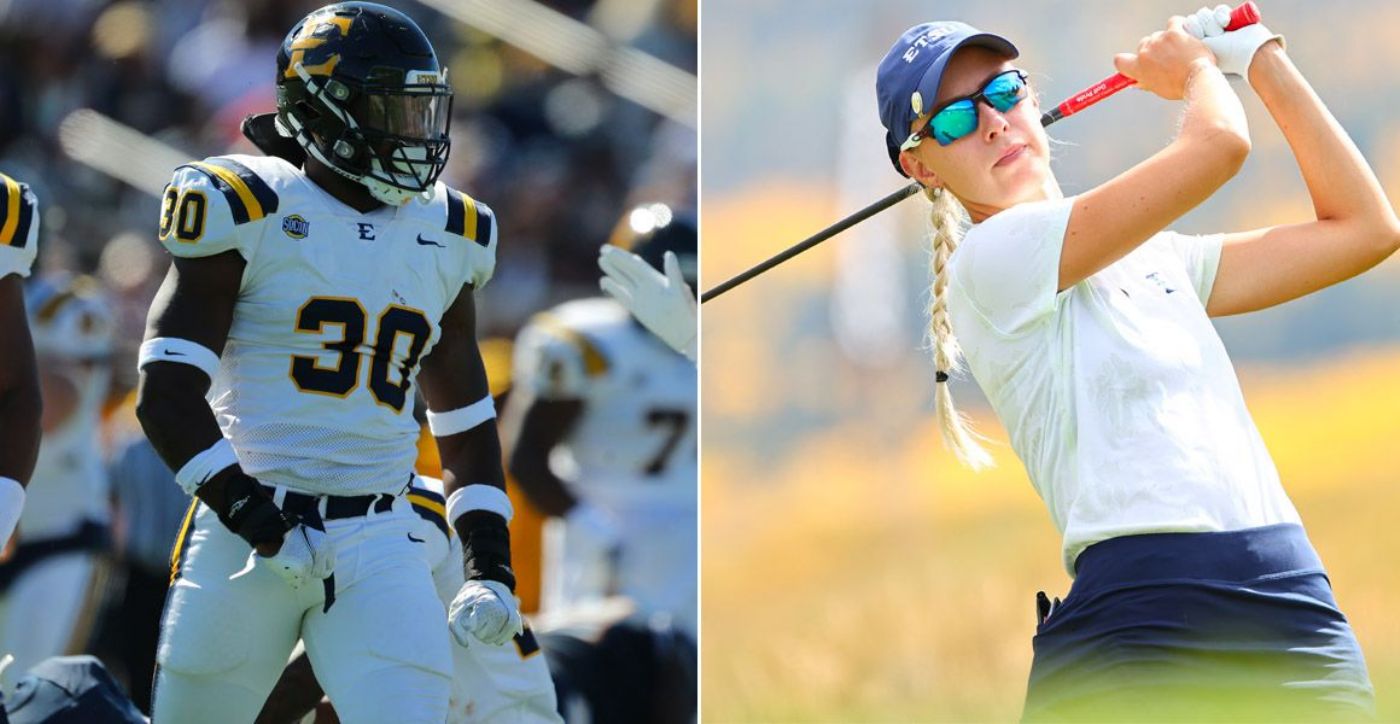 Manuel led ETSU to a 3-0 record in November as the Bucs secured their first-ever outright Southern Conference title as the Bucs went 7-1 in conference play this season. For the month, Manuel finished with 37 tackles, averaging 12.3 tackles per outing. Manuel started the month with a career-high 16 tackles, while also finishing with a sack in the 27-20 win over then-No. 18 VMI. The Buccaneer all-conference linebacker then tallied 15 tackles – 11 solo – with one forced fumble in the win at Western Carolina on Nov. 13. The Ellenwood, Ga. native earned back-to-back Player of the Week honors after the wins over VMI and Western Carolina. Manuel ended the month with six tackles in the 38-35 win versus Mercer to secure the conference championship, automatic bid to the playoffs and the overall No. 7 seed in postseason play. This marked Manuel’s first Player of the Month award, while he’s the first Buc to earn the accolade since teammate Tyree Robinson brought home the hardware in October of 2018.

Manuel and the Bucs begin play in the FCS Playoffs this Saturday against Kennesaw State at 2 p.m. in Greene Stadium.

Melecka captured her second straight Player of the Month honor as she earned medalist honors at the Grandover Fall Classic, while also guiding the Blue and Gold to a team win in Greensboro. The Buccaneer leader won the tournament with a 54-hole score of 2-under-par 214 (74-72-68). Melecka tied for the tournament lead with 12 birdies and led the field in par-5 scoring average at 4.50. As a team, the Bucs won by 30 strokes as ETSU finished with a team score of 20-over-par 884 (296-292-296), marking their fifth win in the last 12 tournaments played. With the win, Melecka made it back-to-back tournaments with medalist honors, and she has finished in the top-five in seven of her last eight tournaments, including three wins in the last five. This marks the third career Player of the Month for the reigning SoCon Golfer of the Year.