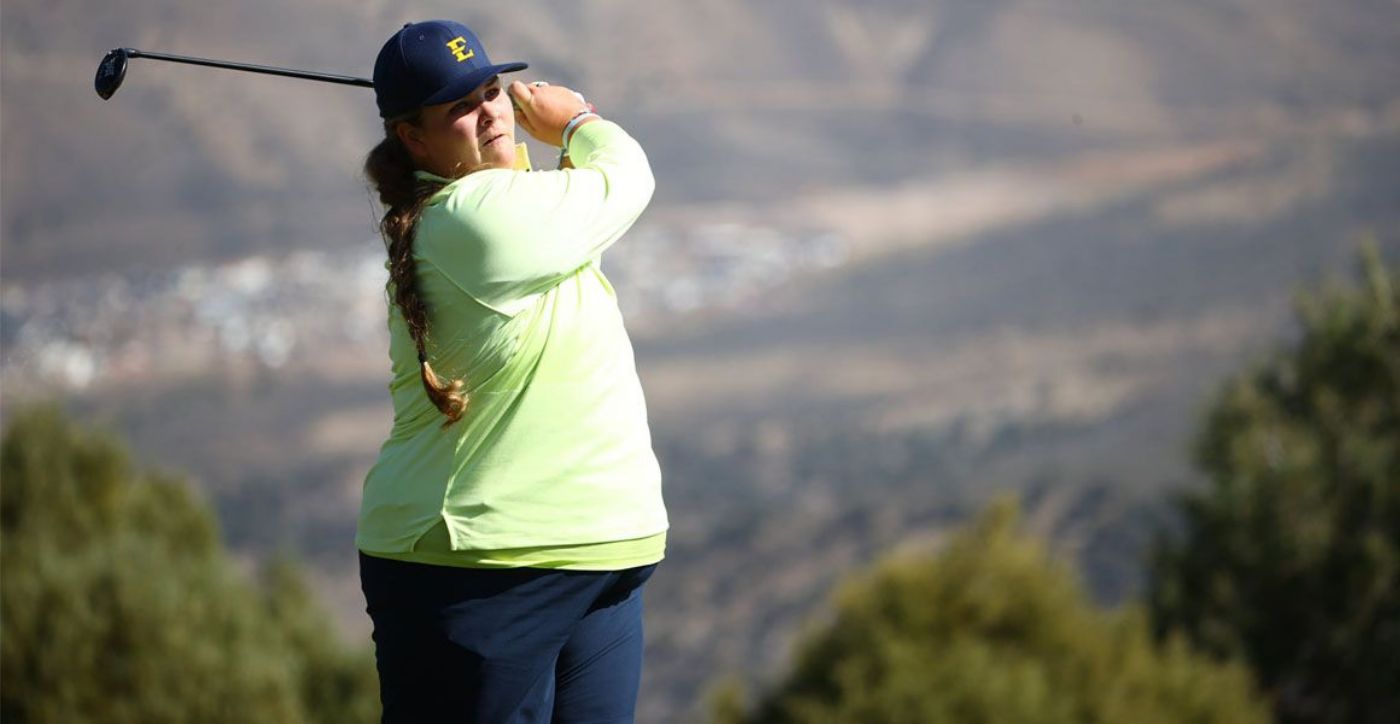 The Bucs tied in second place after day one

GREENSBORO, Ga. (Feb. 18, 2022) – The ETSU women’s golf team starts the spring season on a strong note with an opening-round 297 (+9) in the Reynolds Lake Oconee Invitational. The Blue & Gold are currently tied for second at the Great Waters Gold Club in Greensboro, Ga.

ETSU was led by Hollie Muse (Liverpool, England) who is tied for fifth place among players. Muse ended today 73 (+1). She tied for second in par 3s with an average of 2.75 (-1). Muse finished round one with 11 pars and three birdies.

Sera Hasegawa (Gifu, Japan) was the second-best scorer for the Bucs today. She is tied for 11th among players with 74 (+2). Hasegawa is currently tied for second in pars with 15. She also ended round one with one birdie.

Grace Chin (Kuala Lumpur, Malaysia) and Pyrene Delample (Bourgoin-Jallie, France) competed individually for the Blue & Gold. Chin finished round one tied for 73rd, with seven pars and one birdie. Delample placed 80th with four pars and no birdies.

The Bucs currently lead the tournament in pars with 59. ETSU places second in par 3s averaging 3.10 (+2).

Mindy Herrick of North Florida leads the player leaderboard with 3-under-par (69). Herrick is followed by Anna Kittelson of Delaware with 2-under-par and Esme Hamilton from Chattanooga who is 1-under-par.

ETSU will return to action tomorrow at 12:06 p.m. (ET). The Bucs are paired with Delaware and Chattanooga in round two of the Reynolds Lake Oconee Invitational.

For more information on Buccaneer women’s golf, visit ETSUBucs.com, and click on the women’s golf tab.