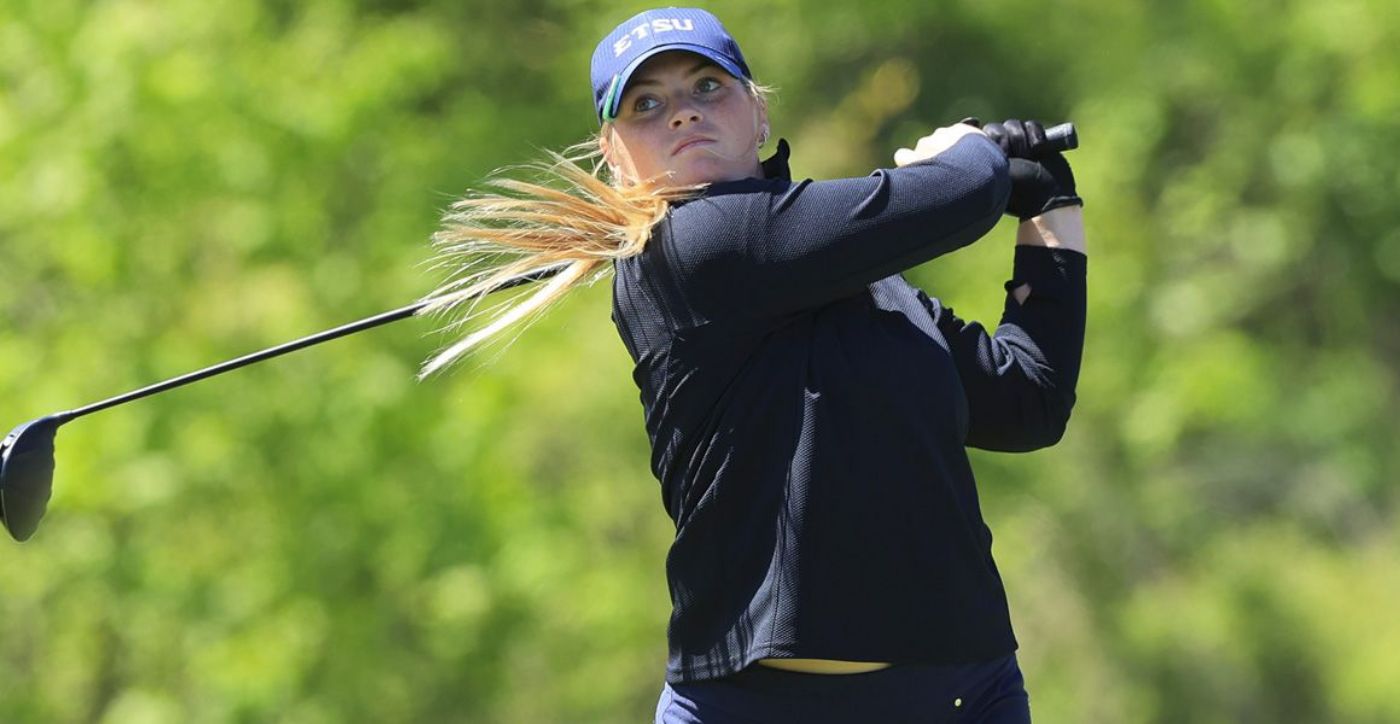 Crafton, Muse sit in top-10 after round one of Golfweek Fall Challenge
Related Links

Bert aces par-3, No. 9 in Sunday’s opening round

Senior Hollie Muse (Liverpool, England) and sophomore Alex Crafton (Lake Mary, Fla.) paced the Blue and Gold on day one as the Buccaneer duo sit in the top-10, while Sophie Bert (Deurle, Belgium) provided some fireworks by carding an ace on the par-3, 112-yard No. 9.

Crafton and Muse are both tied for eighth at 1-under-par 70. Crafton played the front nine at two-under en route to posting the 70, while Muse played the back nine at 3-under-par to climb up the leaderboard. Overall, Muse dusted off a sluggish start as she played her final 11 holes at four-under.

Three teams are tied atop the leaderboard as Campbell, Austin Peay and Lipscomb are all at 5-under-par 279. UNCW (+2) and USC Upstate (+4) round out the top five.

The Bucs will go out at 8:40 a.m. in Monday’s second round as ETSU is grouped with USC Upstate, New Mexico State and Cal Baptist.

Fans can follow the scoring via Golfstat and recaps will be posted daily on ETSUBucs.com.