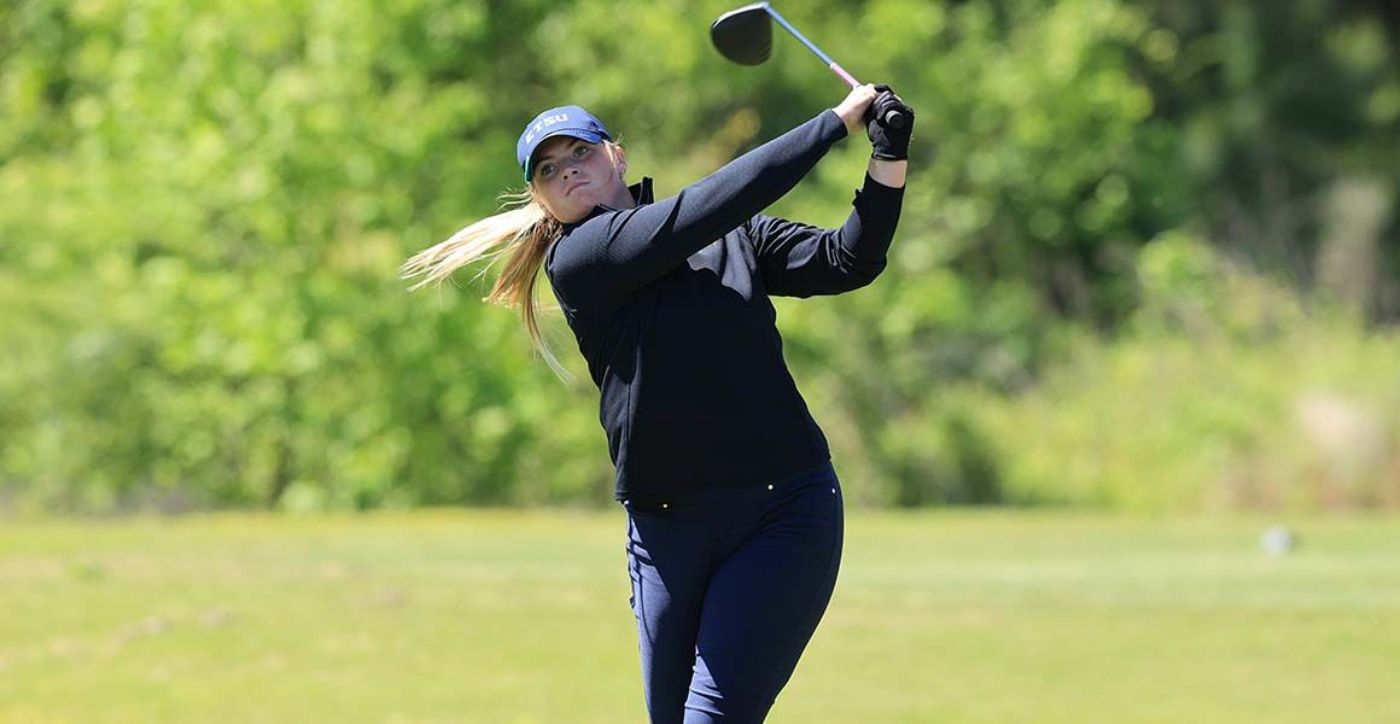 WOLCOTT, Colo. (Sept. 27, 2022) –The ETSU women’s golf team posted a 5-under-par 291 on the final day to move up four spots and finish in fourth place at the GolfWeek Red Sky Classic on Wednesday. ETSU’s Sophie Bert (Deurle, Belgium) led Bucs with a third-place finish — remaining in the top five throughout the tournament.

Behind Bert’s third place performance was teammate Hollie Muse (Liverpool, England) who finished in a tie for eighteenth place at 3-over-par 219 (73-74-72).

Alex Crafton (Lake Mary, Fla.) had the low round for the Bucs in Wednesday’s final round as she shot a 5-under-par 67. Crafton shot and even-par 36 on the front before shooting a 5-under-par 31 on the back nine that included three birdies and an eagle.

As a team, the Bucs finished fourth overall at 9-over-par 873. Along with Xavier, ETSU had the highest ascension up the leaderboard, jumping up four sports to crack the top five. ETSU was also one of just five teams on the day to shoot below par as a team, finishing with the third-best mark in the final round behind Pepperdine and Kennesaw State.

Pepperdine took the team title as they carded a 6-under-par 285 on Wednesday’s final round to finish with a score of 18-under-par 846. Pepperdine’s Lion Higo earned medalist honors as she finished with a 54-hole score of 10-under-par 206.

ETSU returns to action on Monday, Oct. 10 as they head to Medinah, Ill.