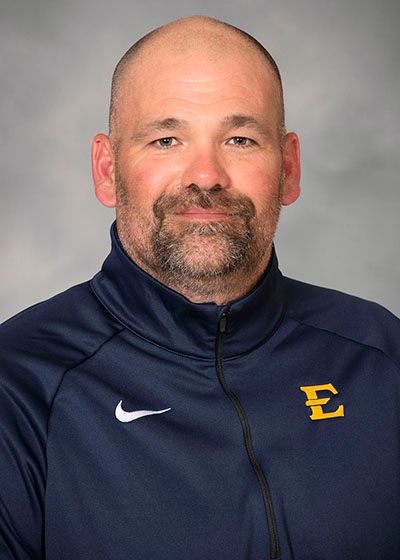 In the first year as the captain of the Buccaneer program, Yelton faced a season full of obstacles as the season was moved to the spring due to the COVID-19 pandemic. Only playing eight games, it was the first time in program history that fewer than 16 matches were played in the season. The Bucs finished 1-6-1 overall, 1-4-1 in conference play. The season was highlighted with a 2-1 come from behind win over UNCG, marking the fourth straight time the Bucs defeated the Spartans on home soil. Yelton added his first Buccaneer to the All-SoCon Team, Sinoxolo Cesane earning All-Freshman plaudits in her debut campaign. The Bucs excelled in the classroom, as every member of the squad finished with above a 3.0 in the spring semester for a combined 3.693 GPA on the 20-21 academic year.

Yelton became the fourth head coach in program history heading into the 2020 season, joining the Blue and Gold after spending the last 17 seasons as an assistant coach at Samford University, where he spent the last four seasons as the associate head coach. Prior to his time in Homewood, Yelton coached at a multitude of levels; assistant at Georgia State, head coach at Division II Lees-McRae and a goalkeeping coach for Parkview High School in Atlanta, Ga.

“I am extremely honored to have the opportunity to lead the women’s soccer program at ETSU,” said Yelton. “It is with a deep appreciation that I would like to thank Dr. Noland and Scott Carter for entrusting me with the chance to be a part of the staff here in Johnson City. Throughout the process, I have been impressed by the culture that is being established here and I am humbled to have the opportunity to become a part of it. As a native of this area, I believe there is an opportunity to achieve great things at this university, and I can’t wait to get started working with the team.”

“It is a great pleasure to welcome home Coach Jay Yelton, his wife Graham and their son Roe as the newest members of the ETSU Athletics Family,” said Carter. “Coach Yelton’s integrity, love of family, knowledge of the game and culture of excellence make him the ideal fit as the leader of our ETSU women’s soccer program.  The championship experience and knowledge of the Southern Conference he brings to Johnson City is something that I am very excited about. I cannot wait to get to work with Coach Yelton as he builds upon our mantra of Excellence Every Day.”

As a team, Samford has amassed an 78-9-11 record in SoCon play with Yelton as an assistant. Coming off a 13-4-5 season in 2019, the Bulldogs went 7-1-1 in conference play to sweep the post season and regular season SoCon Championship, entering the NCAA tournament where Samford eventually fell to No. 5 South Carolina. Samford allowed 0.94 (3rd) goals per game in the Southern Conference, leading the way in shutouts behind Morgan McAslan with 12 in 22 attempts. The Bulldogs played two ranked teams, three SEC teams, an ACC team and a Big East team in their non-conference schedule.

In his first season with Samford, Yelton helped the Bulldogs finish with an OVC regular season championship. His squad ranked ninth in the country in shutout percentage (.619) with 13 shutouts (4th nationally). Crystal Royall set school records for season and career goals-against average, shutouts, and consecutive shutout minutes under Yelton’s tutelage. Royall became the first player in OVC history to be named both Player of the Year and Defensive Player of the Year.

In the six years Yelton spent in the OVC with Samford, his defense never allowed more than 16 goals in a season. Introducing themselves to the SoCon for the first time in 2009, Yelton mentored Whitehead to an All-SoCon freshman season in each’s debut season in the conference.

Yelton re-established his shot stoppers as a premier conference group, ranking first in the nation in save percentage (.913) and GAA (0.31). Allowing only six goals all year, Whitehead earned an All-SoCon First Team nod.

Despite his primary responsibility of goalkeeper training at Samford, Yelton played a role in summer youth and team camps as well as assisting in on-field coaching.

Before his time at Samford, Yelton coached as an assistant at Georgia State University from 2000 to 2001. Yelton moved on into his first collegiate head coaching job at Division II Lees-McRae in Banner Elk, N.C., where he led his squad to a 19-3 mark in his only season at the helm before joining his brother at Samford.

Yelton began his coaching career at Parkview High School in Atlanta, Ga., where he held the goalkeeper training roles for the junior varsity and varsity teams. Coached by his brother and current Samford head coach Todd Yelton, Jay helped Parkview to a 4A State Championship in 1999.

Hailing from Piney Flats, Tennessee, Yelton is married to his wife Graham and they have a son Monroe. Yelton achieved a successful career at local King University from 1994-98, where he became a two-time all-conference selection as well as a team captain in both his junior and senior years. In his final season, Yelton was named the team’s Most Valuable Player. He completed his bachelor’s degree in history and graduated with honors in 1998.