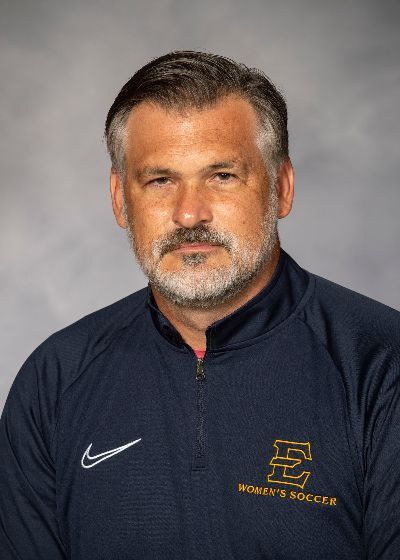 On August 5th, 2020, Matt Yelton was announced as the newest addition to the ETSU Women's Soccer staff, joining his brother Jay to help lead the Bucs.

In his first full year, Yelton helped navigate through the COVID-19 pandemic that saw the shortened soccer season get pushed to the spring, where the Bucs would play in just eight games. Yelton was an integral part in the development of All-Freshman selection Sinoxolo Cesane. Yelton also played a role in scheduling training sessions as well as recruiting, bringing in 10 new Bucs in their first recruiting class.

Yelton spent the year prior to joining the Blue and Gold as the Vice President of Youth Soccer Operations and Senior Director of Coaching at the Chattanooga Red Wolves SC Academy, helping direct the “path to pro” philosophy for the Tennessee area. Under his role, Yelton oversaw all coaches and directors for the youth academy, established curriculum for the academy and a development plan for players, developed sponsorships, partnerships and other revenue-generating streams and coordinated and developed partnerships with national youth soccer leaders and organizations around the country.