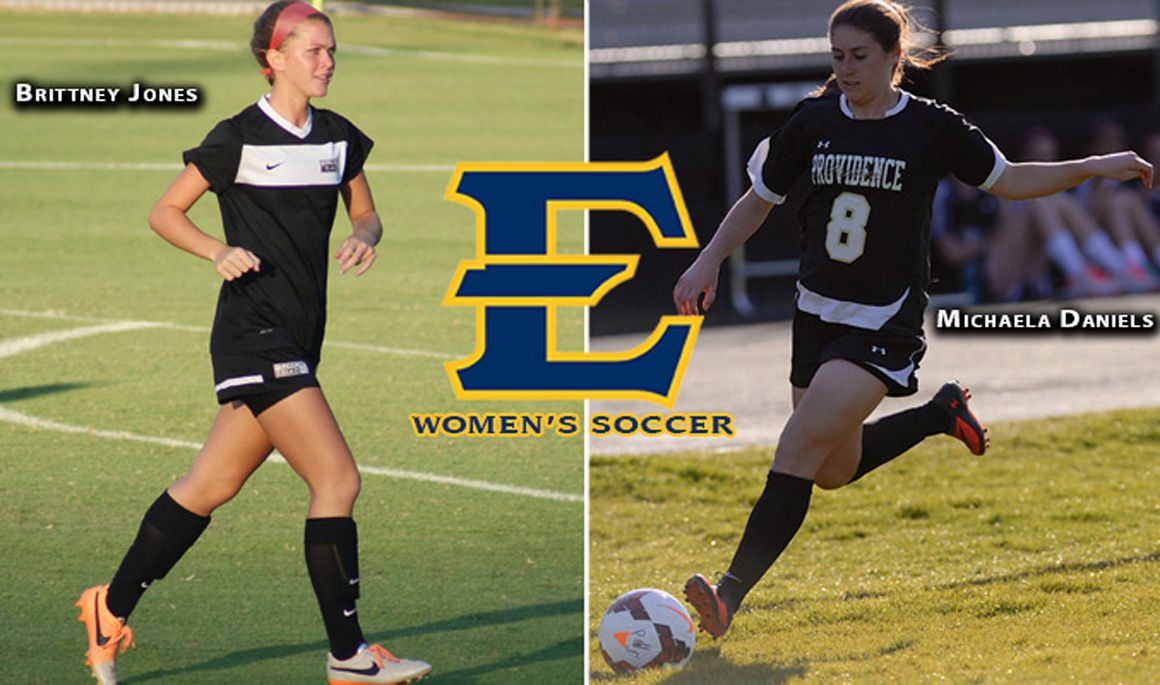 “We are looking forward to working with Brittney and Michaela,” Sayers said. “They are great additions to our squad, and we are eagerly awaiting their arrival at ETSU.”

Jones comes to ETSU having spent four years at South Stokes High School in Walnut Cove, N.C., where she was a midfielder for the Sauras. In her time at South Stokes, Jones was a member of the 2014 all-region team and was named Offensive Player of the Year. Following her senior season, Jones was named to the Western Piedmont IIA All-Conference Team and first team all-region. Jones was also nominated for the 2015 all-state team, while serving as team captain and being tabbed South Stokes Varsity Soccer MVP. Jones is planning on majoring in Exercise Science and plans to pursue a career in physical therapy.

“Brittney can play several positions and is technically composed on the ball,” said ETSU assistant coach Debs Brereton. “She was a standout at our Elite camp last summer and we are looking forward to having her be part of our team this season.”

Daniels joins the Bucs from Providence High School in Charlotte, N.C., where she was a three-year letterwinner for the Panthers. In 2014, Daniels helped the Panthers win the conference championship before advancing to the western regional semifinals in the N.C. Public School 4A State Tournament with a record of 21-2-1. Daniels was named all-conference and all-region. This past season, Daniels helped the Panthers advance to the 2015 4A State Championship with a record of 23-2-1.

“Michaela has a tremendous work ethic and will add depth to our midfield,” Brereton said. “She maintains possession of the ball very well and has a good passing range. Michaela covers a lot of ground throughout a game, this allows her to have an impact both on and off the ball.”