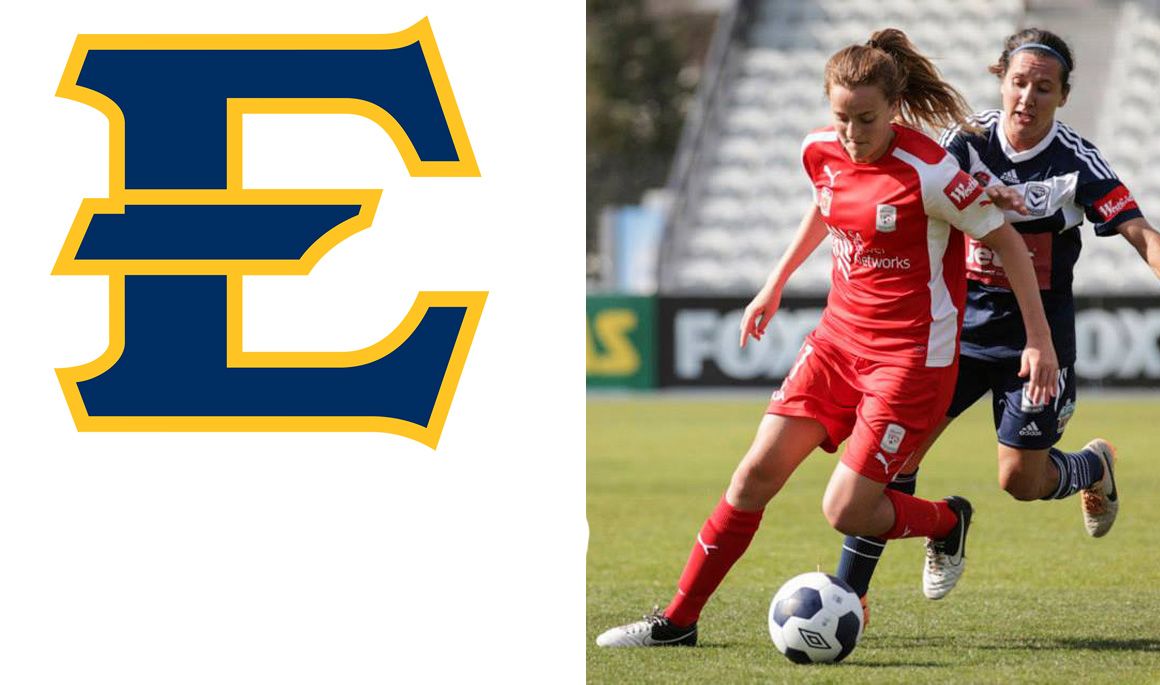 ETSU adds to roster with signing of Australian Isabel Hodgson

Hodgson has scored 65 career goals since 2011 for Fulham United

In 2015 Hodgson has scored 13 goals while leading Fulham United to fourth place in the Women’s Premier League with an overall record of 5-4-1 with six games remaining.  She has played for the club the last 10 seasons.

“We are thrilled Izzy will be joining us. She is a very talented player, and also very flexible,” said Sayers. “Izzy has been a potent attacking threat for the clubs she has played for, while also carrying out other roles and responsibilities elsewhere on the pitch and will provide us with several options.”

She has represented South Australia in their state soccer squads U12 through U15 and was a part of the NTC (National Training Centra) South Australia U18 squad that competed in the NTC nationals in 2012, 2013 and 2014. During the 2014 tournament after being named captain, Hodgson led the U18 South Australian squad to an unblemished record of 6-0-2 and the team’s first ever championship, defeating Northern NSW in the final.

After her performance in the tournament, Hodgson was selected to be a part of the U19 Young Matildas squad, where at the U19 AFC Qualifiers Championship started in two of the three games played.

“Izzy has gained invaluable experience playing at a high standard in Australia for many years, both at the club level, and with the Young Matildas,” said Sayers. “She is a credit to her parents, former coaches, and herself. We are very much looking forward to her arrival.”

Hodgson had a breakout year in 2013 for Fulham United scoring 35 goals, having two games in which she scored five goals and 12 games with at least two goals. After her incredible offensive performance, Hodgson spent the next two seasons with Adelaide United in the Australian Westfield Women’s League.