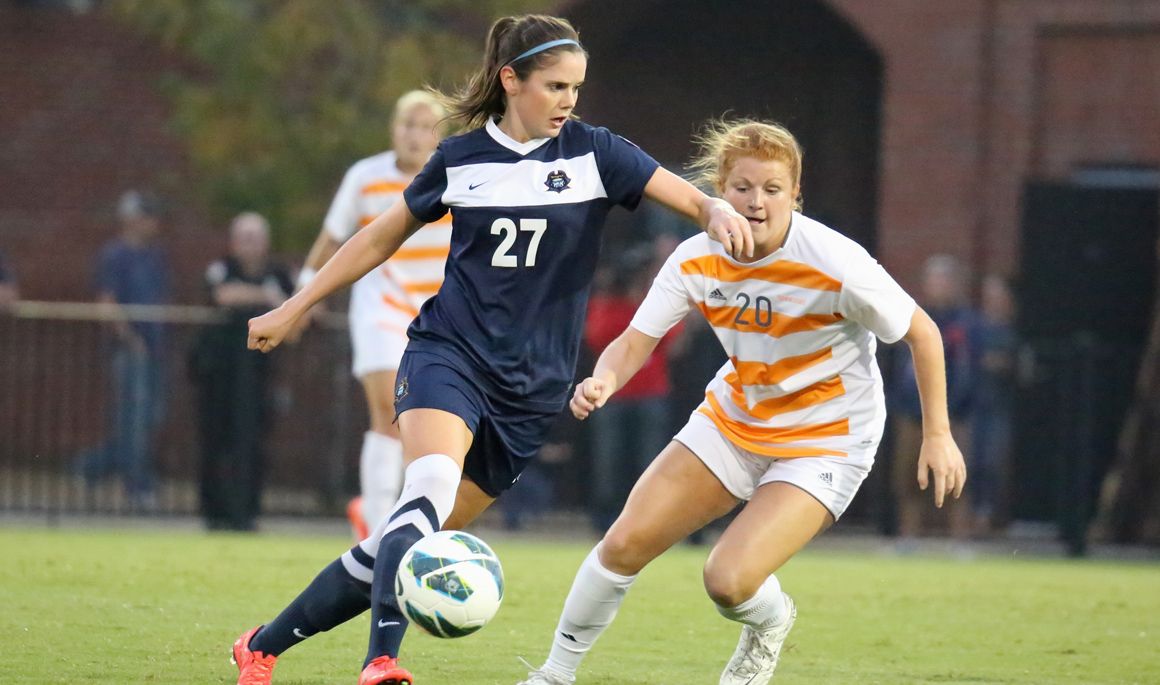 After two early goals from both teams, the game remained tied until the 89th minute when a perfectly executed give-and-go from the top of the box soared past the Pride goalie to put the Spirit ahead.

Zadrazil played in 12 games for the Spirit totaling 12 points, the third most on the team. She had four goals on 23 shots while dishing out four assists as well. Her 781 minutes played was fifth most on the team.

Her best performance of the season came against the Dayton Dutch Lions where she recorded a goal and an assist on four shots in a 5-1 victory. Zadrazil went on to score at least one goal in three straight games for the Spirit.

During the 2014 campaign, Zadrazil garnered many honors including Southern Conference All-First Team and SoCon All-Tournament team. She was also the first player in program history to earn NSCAA All-Region Second team honors.

On the field, Zadrazil recorded 20 assists and eight goals breaking the single-season assists record and helping the Bucs to a program-best 15 wins. She finished the season as the nation’s leader for assists and is the NCAA Division I active career leader in assists per game (0.77).

About the W-League
The W-League is the first and longest-standing women’s soccer league in North America. The 2015 W-League campaign features 18 teams in three regional conference playing 12 regular season matches. Featuring current and former international and professional starts, the W-League also provides elite amateurs the opportunity to compete while maintaining eligibility as college student-athletes. The league is recognized throughout the world for providing superior competition for female players, while offering affordable family entertainment for fans throughout North America.