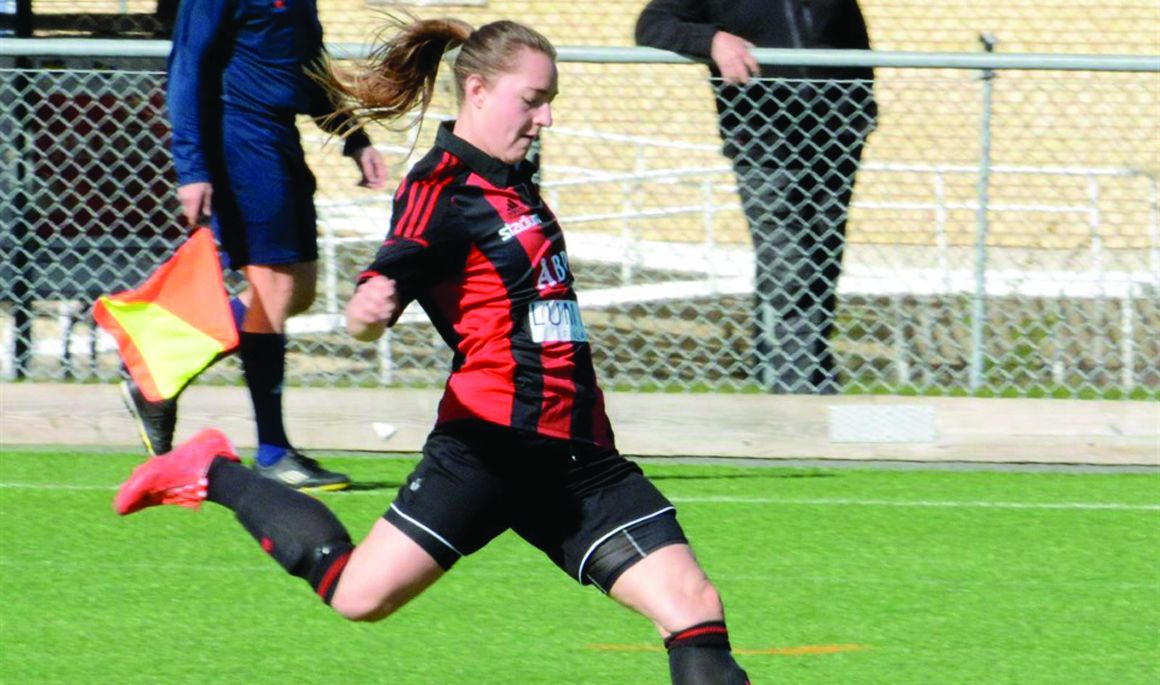 During the 2015 season Riesterer played for IF Brommapojkarna, a famous youth-academy which has produced numerous top quality Swedish players throughout the years. Riesterer joined the club in 2011 and in the same year was honored with the most valuable player award.

“We are very happy Vic has joined the squad. She will provide depth and competition in defensive positions, and brings a wealth of experience from the Swedish leagues,” said Sayers. “She is a great addition to an exciting class of players.”

A native of Stockholm, Sweden Riesterer competed in seven of Brommapojkarna’s friendlies during the 2015 season. She has also helped the club compile a 6-4-3 record during Division I Sodra Svealand play. Riesterer was a part of the team that outscored their opponents 11-2 during the 2014 Victoria Cup. Before joining Brommapojkarna, Riesterer played for Sodra Angby Skola.

She is the daughter of Kai and Anouck Riesterer and plans to major in economics at ETSU.