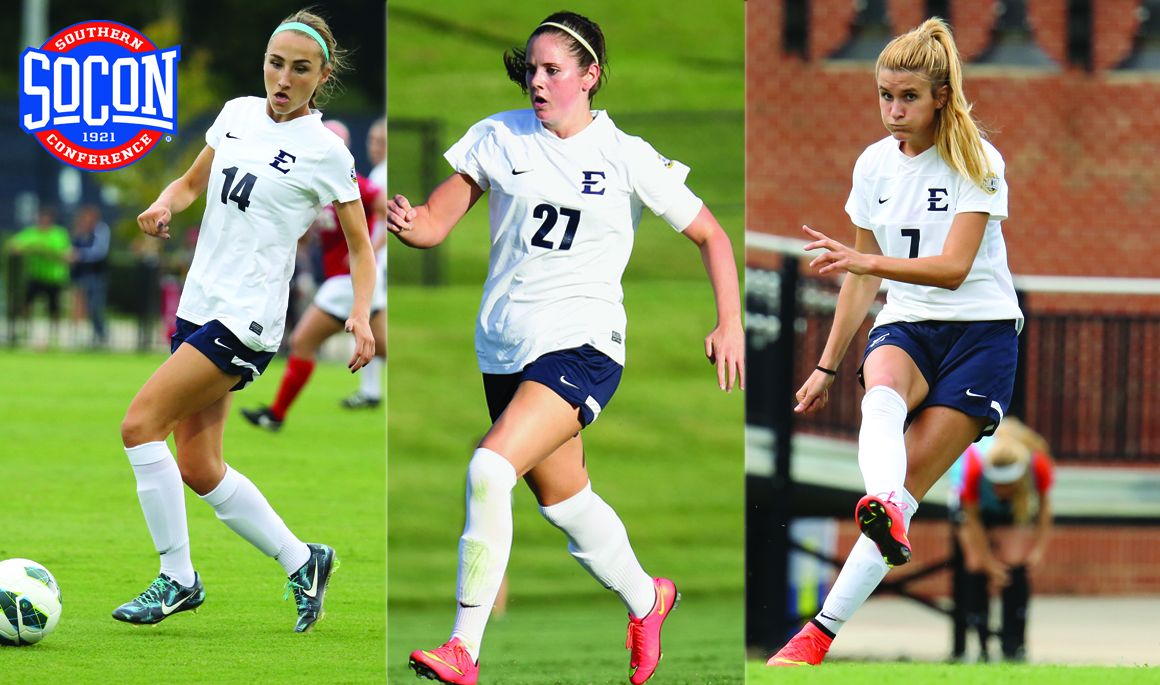 ETSU was the only team to have three players selected with Furman, Mercer and Samford each having two.

Zadrazil was one of the most potent offensive weapons for the Bucs last season, breaking the single-season record for assists with 20. She is the career leader at ETSU in points (81), assists (41) and shots attempted (153). Zadrazil racked up the awards in 2014 garnering First Team All-SoCon and All-SoCon Tournament team honors while being the first player in program history to be named to the NSCAA All-Region Second team.

Collinson played in 17 games, starting 15 for the Bucs last season compiling a career high 12 points with four goals and a career high four assists.  Against USC Upstate, she tallied three points with one goal and one assist while taking just four shots in a convincing 5-0 victory.

Roversi also made a regular appearance in the Bucs line-up playing in all 21 games, starting 17 as a midfielder. She is one of only six players to play in every game. Roversi totaled seven points, scoring one goal while dishing out five assists a season ago. She netted her first career goal against The Citadel in a 5-3 come from behind victory. Roversi was an all-freshman pick last season for the Bucs, who led the nation in scoring offense, assists per game and points per game.

In the preseason coaches’ poll, ETSU was picked to finish third with two first place votes. The Bucs were right behind Furman with three first place votes and Samford with five. ETSU finished 2014 with a conference record of 6-3 and with the no.4 seed in the conference tournament advanced to the semifinals for the first time in program history.

A look ahead
The Bucs’ travel to Conway, S.C. on Friday, Aug.14 for their only exhibition match against Coastal Carolina beginning at 7:00 p.m. ETSU kicks off the 2015 campaign next weekend with road contests against USC Upstate (Aug.21) and Radford (Aug.24).